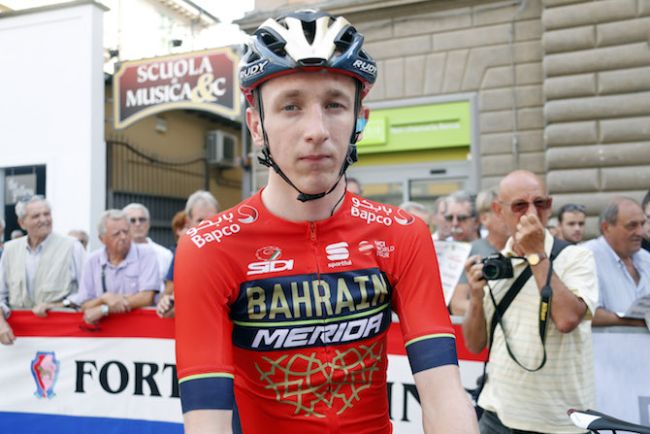 Stevie Williams will make his debut on one of the toughest Ardennes Classics in Belgium on Wednesday.

The 24-year-old will be part of the Team Bahrain McLaren line-up for La Fleche Wallone.

The one-day race includes the climb up the iconic Mur de Huy with Williams among the team’s helpers for the likes of Mikel Landa.

Aberystwyth-based Williams returned to racing last month having spent the lockdown recuperating for an operation last year to remove the small fabella bone from his left knee.

“The plan was to get racing this year,” Williams said in an interview during his recovery.” There was no date set, and no race planned to come back to. It was all based on seeing how I recovered, really,” he says.

“There’s been no pressure at all from the team; it’s been a really good collaboration with them. It’s just about getting back healthy again and seeing where we’re at once I’m back fully training.”

Williams will tackle the Mur de Huy – 1300m long and with a gradient of 9.6 per cent – three times during a gruelling day in the saddle.

“We will head to Belgium with a squad that has a mix of youth and experience,” said the team’s Sports Director Gorazd Stangelj.

“Santiago Buitrago, Kevin Inkelaar and Stevie will be at their first appearance on this legendary race and they will have a great opportunity to show their qualities in the role of helpers.

“We will play our cards in the different phases of the race, counting on the talented Matej Mohoric and three skilled athletes on this kind of course, as Wout Poels, Dylan Teuns and our leader Mikel Landa.

“The race is technically very demanding and we need to be focused all day”.