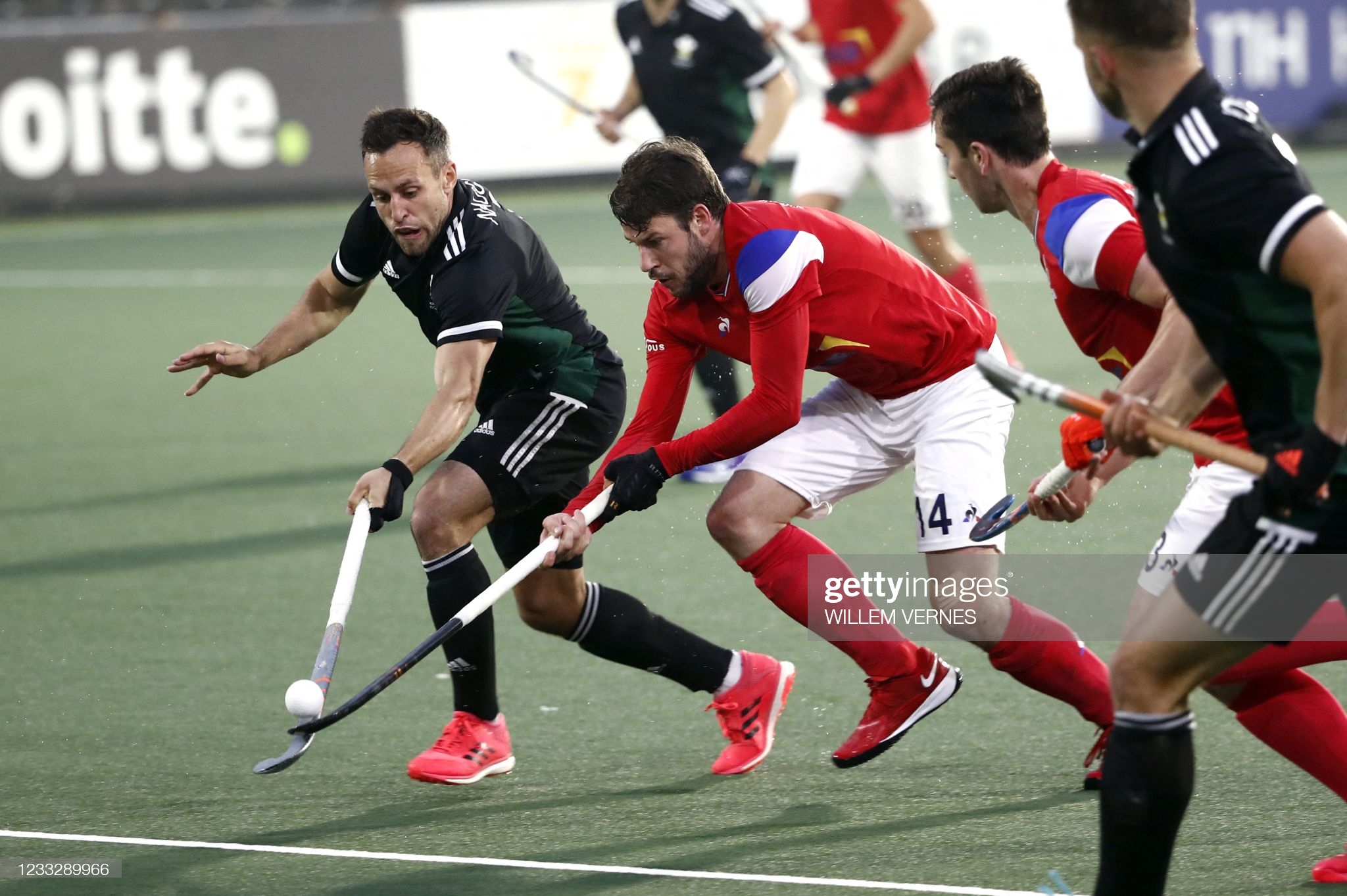 Joe Naughalty’s last-minute winner gave Wales a dramatic 3-2 victory over France following a wild, end-to-end battle, boosting their chances of reaching the semi-finals of the Men’s EuroHockey Championships in Amsterdam.

Naughalty admitted it was not his cleanest ever strike but was thrilled for his team to produce the goods on the European stage as they did two years ago.

“Great game! We are all a bit tired now,” Naughalty said. “Lots going on at the end but really important we kept our cool, kept playing our game and managed to sneak it at the end.

“[The last corner] is one we have used before and we know it is there! Gareth put it on the spot for me; I didn’t quite catch it properly but it went into the corner anyway and I am not going to complain.”

The tie got off to a rip-roaring with France racing into the lead after five minutes only for Wales to hit back and lead 2-1 after just 10 minutes.

Benjamin Marqué started the scoreboard ticking when Viktor Lockwood’s left wing skills worked the opening; Pieter van Straaten’s first shot was blocked but the youngster was on hand to tap in.

If you missed it, read all about the game here ⬇️https://t.co/iKX8zuSUo4#playingforthedragon🐉
📸@worldsportpics pic.twitter.com/dYnfQ4X0N5

Owain Dolan-Gray equalised with a swift movement, latching onto a half-hit shot on the spin to find the corner. Gareth Furlong completed the early flurry of goals with a trademark corner.

From there, the game was played with passion and aggression with chances galore as play swung from end-to-end with both sides pushing for a result to keep their semi-final and possible World Cup chances going.

Furlong scooped another French chance off the line as they threw everything into attack.

They did get back to 2-2 with 12 minutes to go as Timothée Clement’s cracking long pass was tipped over the goalkeeper by Marqué and van Straaten was available to tap the ball just before it crossed the line.

Wales were soaking up a lot of pressure as they endured a couple of cards but they summoned one last big attack in the closing minute from which a slip move to Naughalty deceived the French defence to nestle in the corner, 3-2 with 55 seconds to go.

It was not quite the end of the drama, however, as France won a corner but an attempted sliding touch at the right post was adjudged to be an offensive foul, and Wales could celebrate their win.

Naughalty added he felt his side got things tactically right: “We know what’s good about our press and we know our structure really well. If we stayed patient and let them move it, our structure would be solid and we would win it back and be able to counter.

“It was tough with Covid and us not being a full-time team like most here. We’ve just got to trust our systems. We have all put hard work in for when it comes down to these games. It was really well done by our boys to be able to keep going until that final whistle.”