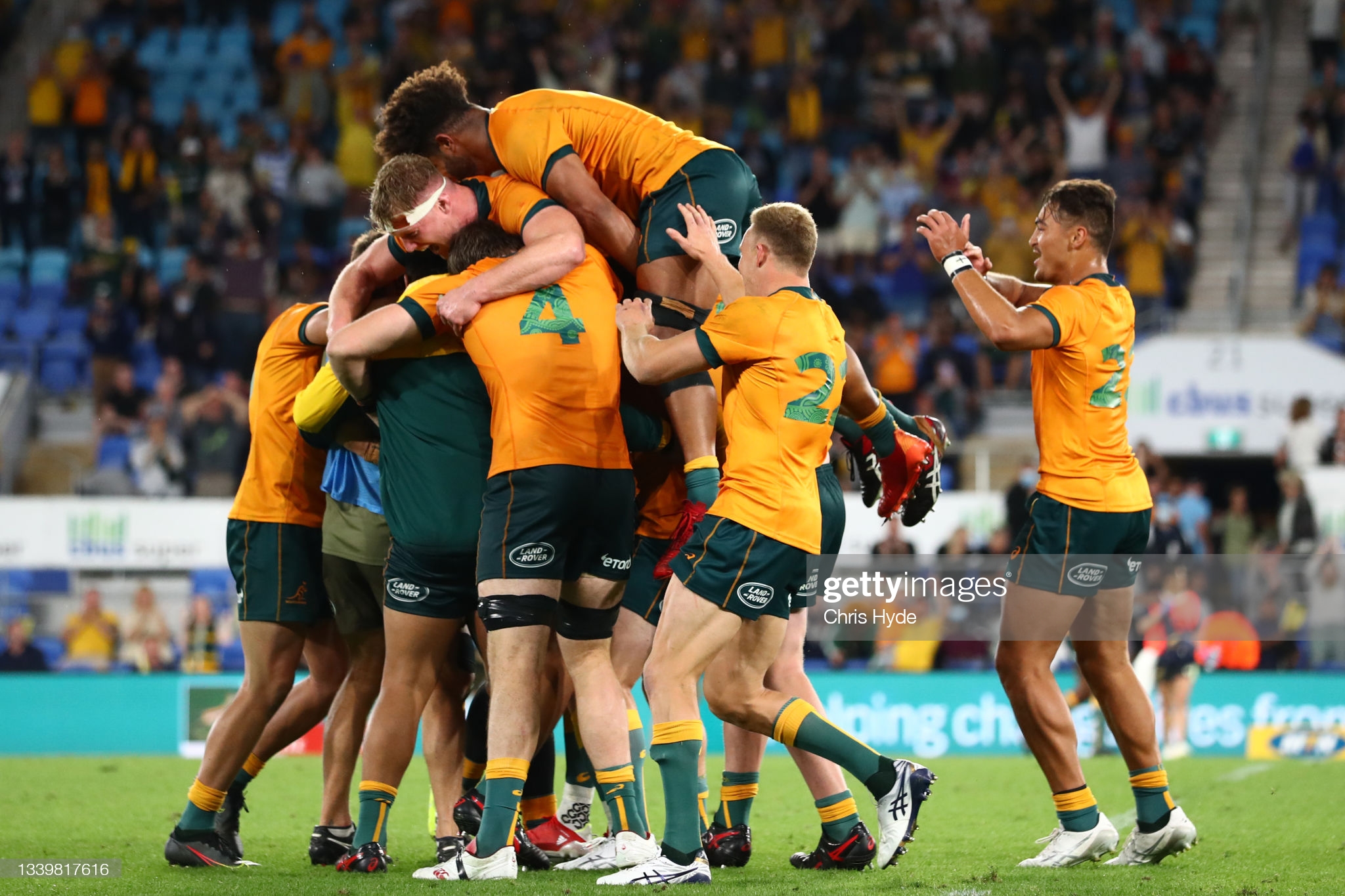 Australia have confirmed they are coming to Cardiff to play Wales on November 20 – and the magical Quade Cooper could be running their show.

The Welsh Rugby Union had already announced the clash as one of their four autumn Tests, but the Aussies had not been able to rubberstamp the fixture because of ongoing travel restrictions in their homeland due to Covid-19.

But the Wallabies have now confirmed they are able to undergo a four-match tour that will see Tests against Japan, England, Scotland and Wales.

Cooper – who made a stunning return to international rugby against South Africa last weekend – is also set to be the Aussies’ playmaker with the Australians confident a deal to release him can be struck with Japanese club Kintetsu Liners.

Cooper, 33, made his first Test appearance for four years with a last-gasp penalty earning the Wallabies a famous 28-26 win over the Springboks.

The No.10 was imperious with a 100 per cent record from the kicking tee, as his side had to dig deep to overcome the power of the world champions.

The Wallabies were a threat throughout with Cooper getting the best out of powerful runners Samu Kerevi, and Marika Koroibete, with wing Andrew Kellaway scoring a cracking first-half try.

Cooper was dropped by former coach Michael Cheika in 2017 and hasn’t been on a tour since 2016 but is eager, if granted permission, to head on a trip that will stop off first in Japan.

“The tour to Europe was always going to be in place but that’s up to my club and the coaching staff if they want me to go,” said Cooper.

“The clubs have been very accommodating. We’re not getting paid from Australia. Our clubs are paying for us and they’ve been very supportive of us being over here and representing our country.

“I’m representing Kintetsu when I run out onto the field.

“There are challenges that Japan has, such as the language and being away from family, but I’ve been in places where everything is very comfortable and that’s a different challenge in itself. I’m enjoying Japan and look forward to getting back there.”

Rugby Australia said the Wallabies will play Japan in Oita on October 23 before taking on Scotland at Murrayfield on November 7.

England will host the tourists at Twickenham on November 13, with Australia wrapping up their trip against Wales in Cardiff seven days later.

Australia’s annual northern tour was cancelled due to the pandemic in 2020 and did not take place in the previous year because of the World Cup.

Wales and England were victorious hosts in the two fixtures played in the UK against the Wallabies in 2018.

IT HAD TO BE HIM 🤯 Quade Cooper knocks over the match winning penalty.

The side, coached by former Glasgow head coach Dave Rennie, leapt from seventh to fifth in world rankings following their defeat on the weekend of South Africa in Queensland.

“We’re really looking forward to squaring off against Japan. They showed everyone at the World Cup in 2019 that they are a top nation and can match it with the best,” Rennie said in a statement.

“Jamie (Joseph) and Tony (Brown) have built a formidable squad that plays a really exciting, up-tempo style. We need to continue to test ourselves with this variety of play, so this is an important match for us as we continue to build ahead of the next World Cup in France.

“It’s been a really big year already for our squad with some starting back in February for Super Rugby AU so we will have to continue to manage the lads over the next month or two and into the Spring Tour in the UK.”

Wales will also face New Zealand on October 30, South Africa on November 6, and Fiji on November 14.