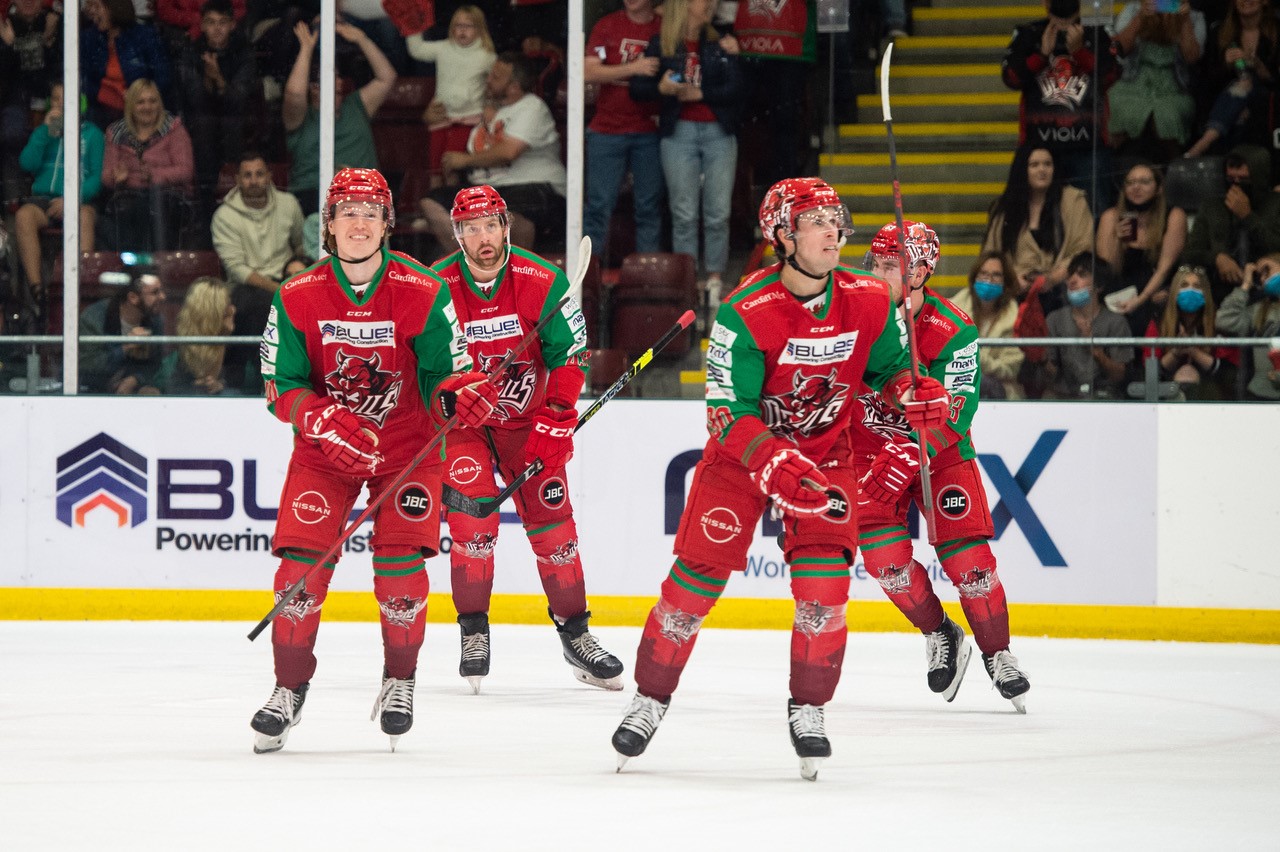 The Cardiff Devils will get their 2021/22 Elite League season underway tonight against the Guildford Flames in their home opener at Ice Arena Wales.

The Devils face the Flames in the Challenge Cup before visiting old rivals Sheffield Steelers in a Sunday showdown in the Elite League.

Now coached by Jarrod Skalde, the Devils have not played a competitive domestic game since March 2020 but returned to action last month in the Champions Hockey League before taking in pre-season games against the Nottingham Panthers and Manchester Storm.

Skalde said: “I’m really excited, it feels like it’s been a long time coming from waiting up to a year to come over here. From the Champions League to pre-season and now finally, we’re getting to the good stuff here!”

A new-look roster this season features no less than 14 new players, but the new recruits have settled well into their new surroundings as they made it four wins from their four meetings against Nottingham and Manchester.

“I really liked how we came out of those four games,” said Skalde. “I told the players how proud I was of them, because I never felt over the four games we took it as a pre-season game or took it lightly and our compete level was very high.

“We’ve had the opportunity to practice a lot now and implement all the systems we’ve wanted and now it’s a matter of getting our compete level and battle and getting ready from Saturday.”

Two of the Devils’ Canadian-based owners Steve King and Brian Parker have made the trip with their families for the game, and will be among the expected sold-out crowd for Saturday’s game.

On Sunday, the team will travel to Sheffield for their first Elite League game of the season which is being televised on Premier Sports.

It is thought that Carruth and Kozun will each start a game this weekend but it’s unclear as to what order.

Guildford have already played twice in the Challenge Cup and are coming off back-to-back wins after defeating Coventry Blaze 7-4 and 5-1 last weekend.

Up to date ticket and game day information can be found here.