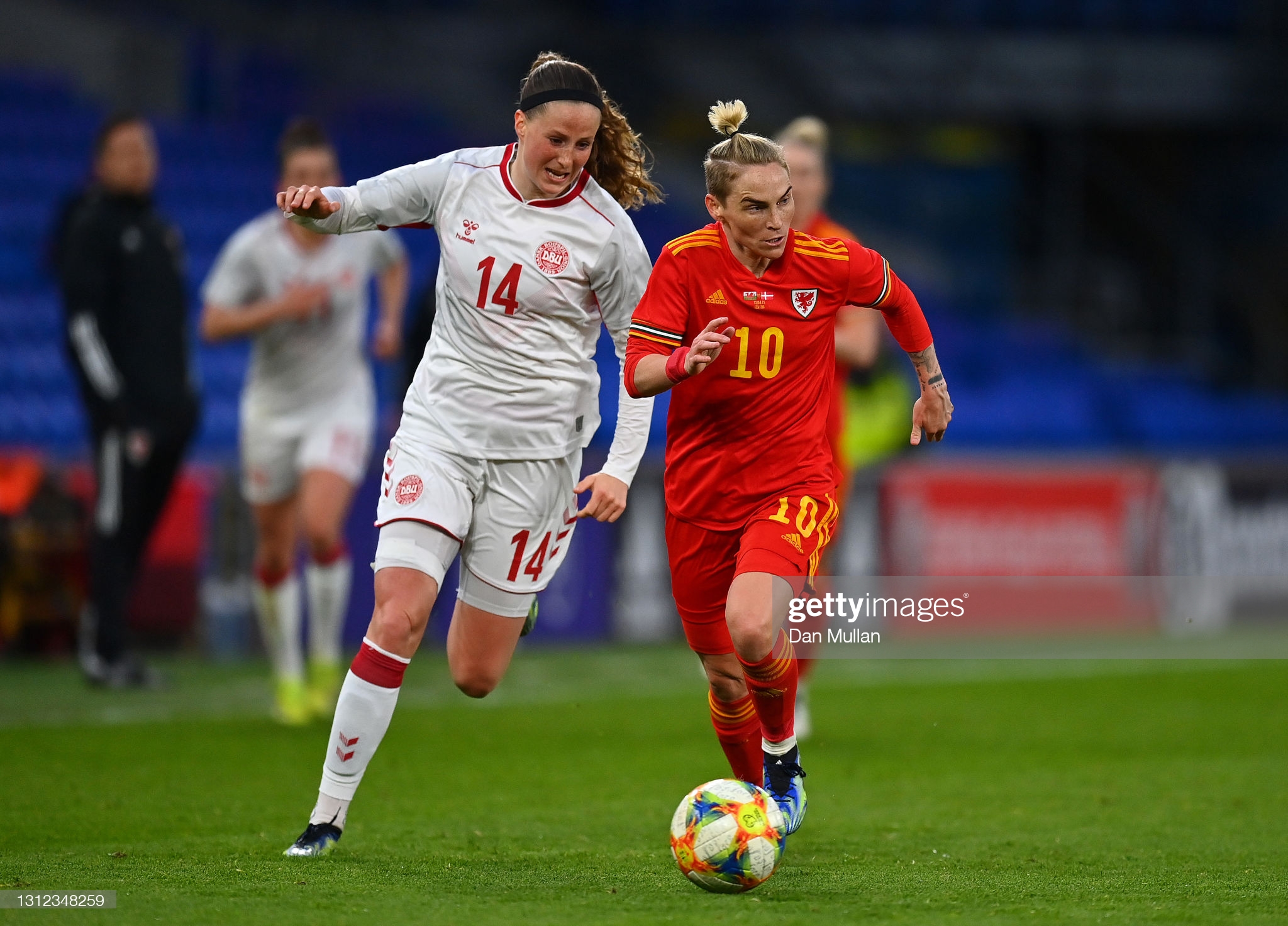 Jess Fishlock fired a second-half equaliser as Wales claimed an encouraging 1-1 draw against Denmark in a friendly at the Cardiff City Stadium.

It was a performance that will give some encouragement to Wales boss Gemma Grainger in only her second game in charge.

Ranked 14th in the world, Denmark qualified for Euro 2022 as group winners, winning nine of their 10 games. They scored 48 goals and conceded just once.

But Fishlock – playing in a more advanced role higher up the field than in recent seasons – deservedly levelled for Wales to earn a draw and provide plenty of optimism ahead of the World Cup qualifiers that start in the autumn.

It followed the 3-0 defeat to Canada last weekend, but both displays have suggested Wales are already adapting to their new coach who has tried some tactical shifts since taking over from previous manager Jayne Ludlow.

“I think for me the focus is about getting the best out of the players and playing to their strengths and I think you are seeing that,” said Grainger.

“These 10 days were about us as a group and it has been a really positive time.

“I want to get these girls doing what they do well and hopefully we are seeing that.

“We’ve got so many options. We want to find out more in the June camp, but everything is focused on the qualifiers starting in September.

“We wanted to build from the performance on Friday [against Canada] and we have definitely done that. The girls have taken things on board really well.

“We scored a fantastic team goal and the celebration showed how much it means to the team.

“I was pleased we came from 1-0 down. We showed resilience.”

Wales now await the draw for the World Cup groups which is due on April 30, but Grainger has been pleased with the development shown by younger players as Wales seek to earn qualification to a tournament finals for the first time.

“A lot of the conversations I had with the younger players are to learn what they can from our more senior players.

“We have some world-class senior players in this team and for the younger players, if I were them, my advice to them would be to learn as much as they can because that will be them in a few years time.

“It will be their job to do the same for the next generation coming through and the more we can use that as a model, the more successful the team will be.”