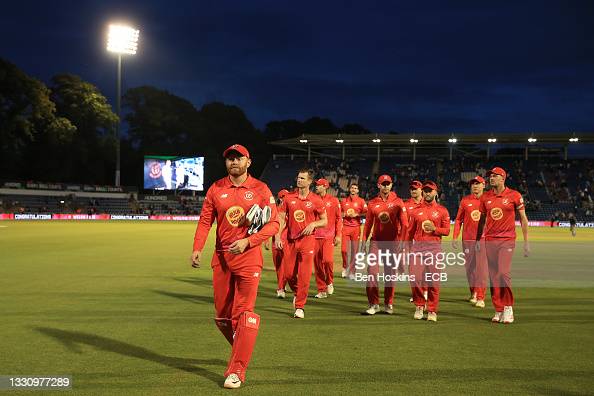 The Hundred will return to Cardiff in 2022 – after its off-field success in the inaugural year – with the Welsh Fire teams desperate to improve their finish on the leaderboards.

After an encouraging start to their season, Welsh Fire men finished seventh out of eight teams, while the women were rock bottom.

In the first year of the new tournament, the ECB made all of the games double-headers, with the women’s sides playing before the men’s, but this year will be slightly different with women’s T20 cricket being a new sport in the Commonwealth Games.

The men’s Welsh Fire team will take on reigning champions, Southern Braves in the first match at the Ageas Bowl on Wednesday 3 August at 19:00. They then host Oval Invincibles on Sunday 7 August, at Sophia Gardens.

The Hundred women’s competition will start on 11 August and then the fixtures will revert to the popular double-header format allowing fans to watch both games.

Once the Birmingham Games have finished on August 11, reigning champions Oval Invincibles take on Northern Superchargers, placed in the evening slot after the men’s game in the afternoon.

Welsh Fire’s women will first be in action in the doubleheader against Birmingham Phoenix on Saturday 13 August.

The group stage is due to conclude on August 31, with the Hundred Eliminator on Friday 2 September in Southampton and the final 24 hours later.

Due to the Commonwealth Games, there will be six group games in the women’s competition this year as opposed to eight in the men’s tournament.

The sides that finish top in the group stage will advance directly to Finals Day and face the winners of The Hundred Eliminator between the teams finishing second and third.

The Eliminators will be held at The Ageas Bowl in Southampton on Friday, September 2, a day before the finals. A reserve day is available on Sunday, September 4 should Saturday’s finals be adversely affected by the weather.

It is yet to be announced how teams will be formed, but looking at other competitions, it is likely to be another auction/draft with teams being allowed to retain current players.

The Women’s competition starts with inaugural winners Oval Invincibles on Thursday the 11th of August!

Check out all of the fixtures here

Stadiums were packed out last year as crowds of new and current fans enjoyed the new fast-paced format of cricket alongside entertainment from top music acts including Jax Jones and Becky Hill, and just like last year, live-match coverage will be available on Sky Sports, with some matches also being shown on BBC.

Sanjay Patel, managing director for The Hundred, said: “The Hundred helped grow the game last year. With more than 500,000 tickets sold and issued and 16 million watching on TV – with half of them being new to cricket – we saw a new audience enjoying the game for the first time.

“We can’t wait to build on that this year, bringing world-class cricket and an incredible family day out to fans across England and Wales.”