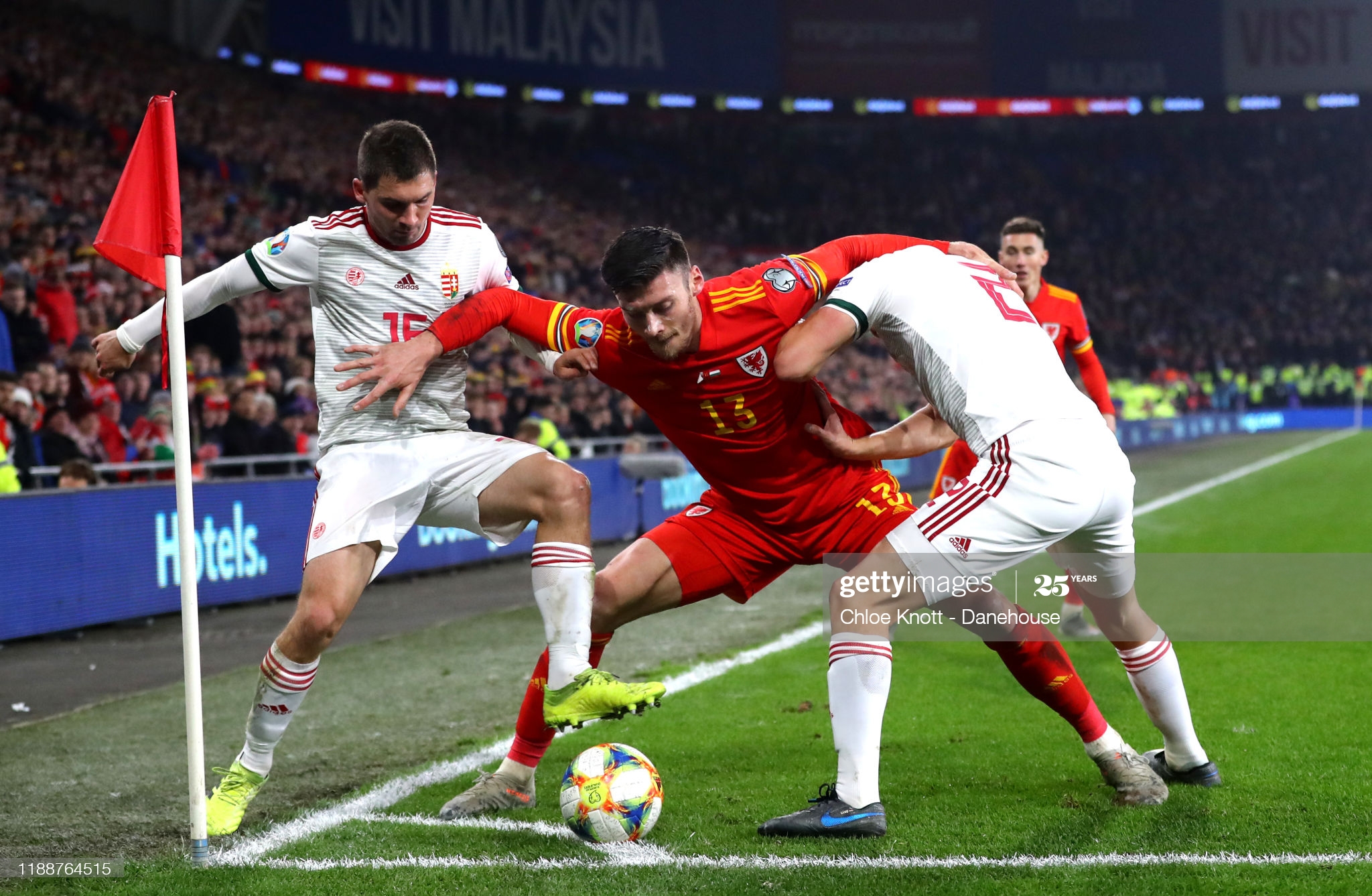 As Wales prepare to start their Euros campaign, much of the debate has turned to team selection. Does Robert Page play Kieffer Moore, or go with a “false nine” and rely on the different skill set of a player such as Harry Wilson. For Jack Hammett, the call for Page may be just as much about opponents Switzerland as it is about his own side.

Many fans, pundits, ex-players and Cardiff cabbies are saying it’s insanity for Wales not to start Kieffer Moore in their opening match against Switzerland on Saturday in Baku.

But there may well be method in Robert Page’s seeming madness of starting an attacking trio without an old fashioned number nine.

The three opponents Wales will come up against in the group stages all have centre-backs who may have the characteristics to handle the aerial and physical weapons Cardiff City’s top goalscorer will bring to battle.

Why is Kieffer Moore being overlooked for a Wales starting spot? Can it carry on at the Euros? Robert Page has a big call to make. https://t.co/YMi9pldt8G

The first of the three is Switzerland. Here’s a look at three of Switzerland’s key players going into the tournament and why not playing Moore isn’t as bad as many fans may think.

Nico Elvedi, the Borussia Mönchengladbach centre-back, is exactly the kind of defender Robert Page will have in mind when selecting his first XI.
The stats don’t lie when talking about Elvedi vs Moore.

Elvedi is in the Bundesliga’s top-ten for aerial duals won this season and has given commanding displays in the league and Champions League.

Moore’s key strengths could play into the hands of Elvedi, subduing the Welsh attack before it’s even started.
The other stat that catches is the eye is that Elvedi sits top of the table in successful passes in this year’s Bundesliga.

Switzerland are a team that like to build from the back and have recently been caught out by their liking to get on the ball during the World Cup qualifier against Bulgaria and in a pre-tournament friendly against Finland.

A front three of Wilson, Daniel James and Gareth Bale has the pace and intensity to swarm the opposition’s defence and force them into mistakes.

It may also prompt them to look at another way of playing – especially if that press is followed up by Joe Allen, a man Wales hope repeats the glories of his 2016 summer.

Perhaps not certain to start for Switzerland in the opening game, playing understudy to captain Granit Xhaka and Atalanta’s Remo Freuler, Denis Zakaria could still be one of the players to watch at this summer’s tournament.

A solid defensive midfielder, Zakaria could complete an all Gladbach spine to this Swiss team; goalkeeper Sommer, the previously mentioned Elvedi and attacking player Breel Embolo.

However, Zakaria might not be sticking around with his club for much longer. Several clubs are rumoured to be eyeing up a bid for the 24-year old and with good reason.

On the ball, not many midfielders have the ability to carry the ball forward the way Zakaria does.

A test for the Wales midfield will be not to double or even triple up on stopping the midfielder from advancing with the ball, leaving more advanced players like Xherdan Shaqiri, unattended and dangerous in the Wales half.

Stopping that initial ball into Zakaria, or even an extra body dropping into midfield to help, might be on the minds of Page and Co. when selecting their starting lineup and prove more reason to start with that false nine.

Switzerland often switch between an attacking four-four-two, or, in more cagey affairs, opt for a three-four-three system, the latter more likely in this year’s tournament.

In both systems, though, the player out wide as a winger or left wing-back is one of the side’s biggest attacking threats.

In their final friendly before the tournament, Switzerland took apart Liechtenstein, 7-0.

All the goals from open play came from build-up on the left-hand side and Wales will have to be solid in defence out wide.

The player most likely to start is Steven Zuber. Having already scored twice from a wing-back position for Switzerland in 2021, Zuber is one of three players who can play in that position. Whoever starts on the right for Wales will have to have their wits about them.

Understandably, fans want all the best attacking players on the pitch at once. Going to a back four to accommodate an extra man in attack is an option a lot of people would like to see.

Trying to fit as many of Moore, Aaron Ramsey, Bale, James, Wilson and David Brooks into the starting 11, though, could leave Wales incredibly vulnerable at the back, especially in the wide areas, coping with danger men like Zuber.

It’s likely, then, that Wales will continue with a back-five and hope that one of Connor Roberts or Neco Williams will have the defensive discipline to keep an eye on late bursts into the box from out wide and also hope to pin the Swiss full-backs back at times, themselves.

It’s a shame for Moore that after being one of the first names regularly on the team sheet in the last 12 months, now, at the beginning of the tournament, his starting position is seemingly going to be on the bench.

But given the qualities of Switzerland, it makes sense that we’ll see Wales play the same way we have seen them play the last few matches.

If Page’s plan works though, and the game is cagey and close as we approach the later stages, it seems certain that Moore will come on and affect the game as he so usually does.

In a group that is too close to call, Moore will most certainly play his part in the fate of Wales at this tournament, even if that is off the bench.