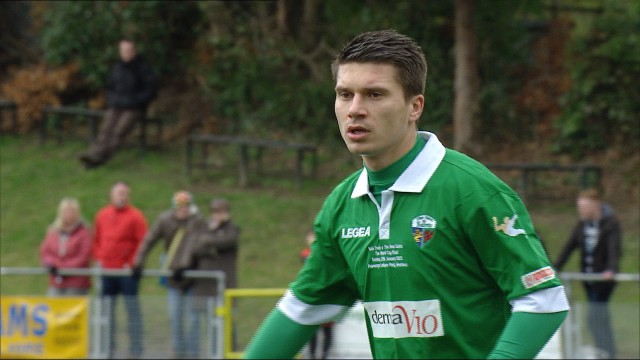 The New Saints will be hoping to make it a hat-trick of wins over Faroe Islands side B36 Torshavn on Wednesday night as they seek to reach the third qualifying round of the Europa League.

The Oswestry-based side did the double in 2015 when the two teams met for the first time, triumphing 2-1 away and then 4-1 at home.

If they can make it a hat-trick of wins in this one-off tie then they will meet either the Bulgarian side CSKA Sofia or the Belarusians club BATE, who meet on Thursday.

Torshavn were beaten 4-2 by NSÍ Runavík in their last league outing – the side that recently beat Barry Town United 5-1 in the first round in the Europa League.

The Saints were 3-0 winners at Barry last weekend in their opening match in the JD Cymru Premier League and Adrian Cieslewicz is hoping his two goals will have done enough to convince boss Scott Ruscoe to pick him.

Today, #UEFAEuropaLeague 2nd round #football match here in the Faroe Islands between @B36 from the #FaroeIslands 🇫🇴 and @tnsfc from #Wales 🏴󠁧󠁢󠁷󠁬󠁳󠁿

The Polish front man used to play for B36 Torshavn five years ago and would love to return to the Torsvollur Stadium to show what he can do.

“It’s another big test for us away from home and the last time we played there I went up against my brother. I lived and played there for a couple of years,” said Cieslewicz.

“We will have a couple of players back from suspension for this week, so I just hope I’ve done enough to put myself in the manager’s mind by doing my stuff on the pitch.”

TNS reached the second round in Europe thanks to a 3-1 extra-time home triumph against MŠK Žilina.