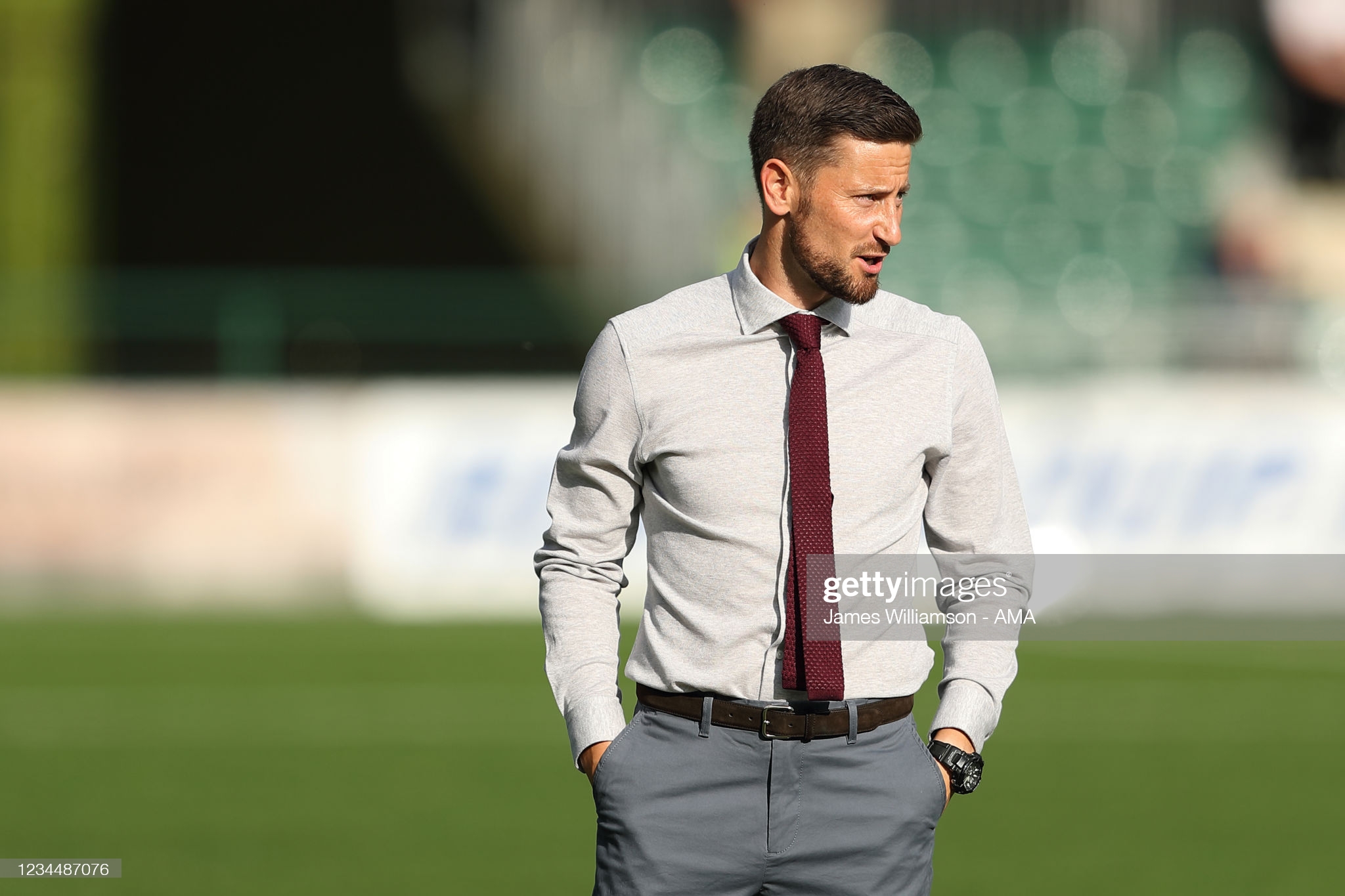 Anthony Limbrick insisted he was proud of his players’ Euro campaign despite The New Saints’ agonising defeat to FC Viktoria Plzen in the Czech Republic.

TNS suffered penalties heartbreak as their chance to reach the Europa Conference League were ended by a 4-1 shoot-out defeat.

The outcome was made all the harder to swallow as Saints’ goalkeeper Paul Harrison had earlier been hit by a bottle thrown from the crowd.

Leading 4-2 from their qualifying third round first-leg victory in Cardiff, boss Limbrick was insistent his team should earn plaudits for their performance, rather than criticism at being unable to hold onto their lead.

The Saints went 1-0 up to lead 5-2 on aggregate, but conceded three goals from that point to lose 3-1 and although the aggregate score remained 5-5 at the end of extra time, the JD Cymru Premier side went out 4-1 on penalties.

“We conceded late in both games and the players were dead on their feet by the end because they couldn’t have done anymore.

“After the game I told them how proud I was. They fought to the end. Two years ago they [Viktoria Plzen] played Real Madrid and beat Roma in the Champions League so this was a bit step up.

“It was a huge effort considering the opposition and to take them to penalties was quite the achievement.”

Limbrick had unsurprisingly named an unchanged side for the return fixture.

And they got off to the perfect start on foreign soil when Louis Robles extended the Welsh side’s overall advantage to three goals in just the fourth minute.

But the Czech outfit came roaring back and they struck three times in the second half – including late goals in the 85th and 91st minute – to win 3-1 and send the game into extra time.

Plzen had a goal ruled out for offside in the added 30 minutes, but they dominated the shoot-out as Chris Marriott and Leo Smith failed to score for TNS from the spot.

Jean-David Beauguel skied well over the bar as Plzen – who were lucky to escape an early red card – desperately looked to get back into the tie in a febrile European atmosphere. The hosts also appealed for a penalty and Adriel Ba Loua was denied by Harrison in the TNS goal.

Plzen made an attacking double substitution after just half an hour knowing they had to get a goal and even further strikes quickly.

But TNS went to the break ahead as Limbrick’s side showed impressive composure on the ball against a Plzen side joint top of the Czech league with Sparta Prague.

Czech midfielder Pavel Bucha gave Plzen hope and made it 1-1 on the night in the 56th minute as he fired the ball into the back of the net from the edge of the box.

It set up a grandstand finish and TNS were unable to hang on to their advantage. Declan McManus – who struck a first-leg hat-trick – hit the post late on after going close previously.

But Tomas Chory made TNS sweat in the final few minutes with an 85th minute strike which meant Plzen only needed one more goal in the five minutes added on to send the tie into extra time.

And they managed just that when Beauguel curled into the net to make it 3-1 on the night and 5-5 on aggregate.

The goal came after TNS goalkeeper Harrison was hit by a bottle thrown from the Czech crowd before the extra time and penalties.