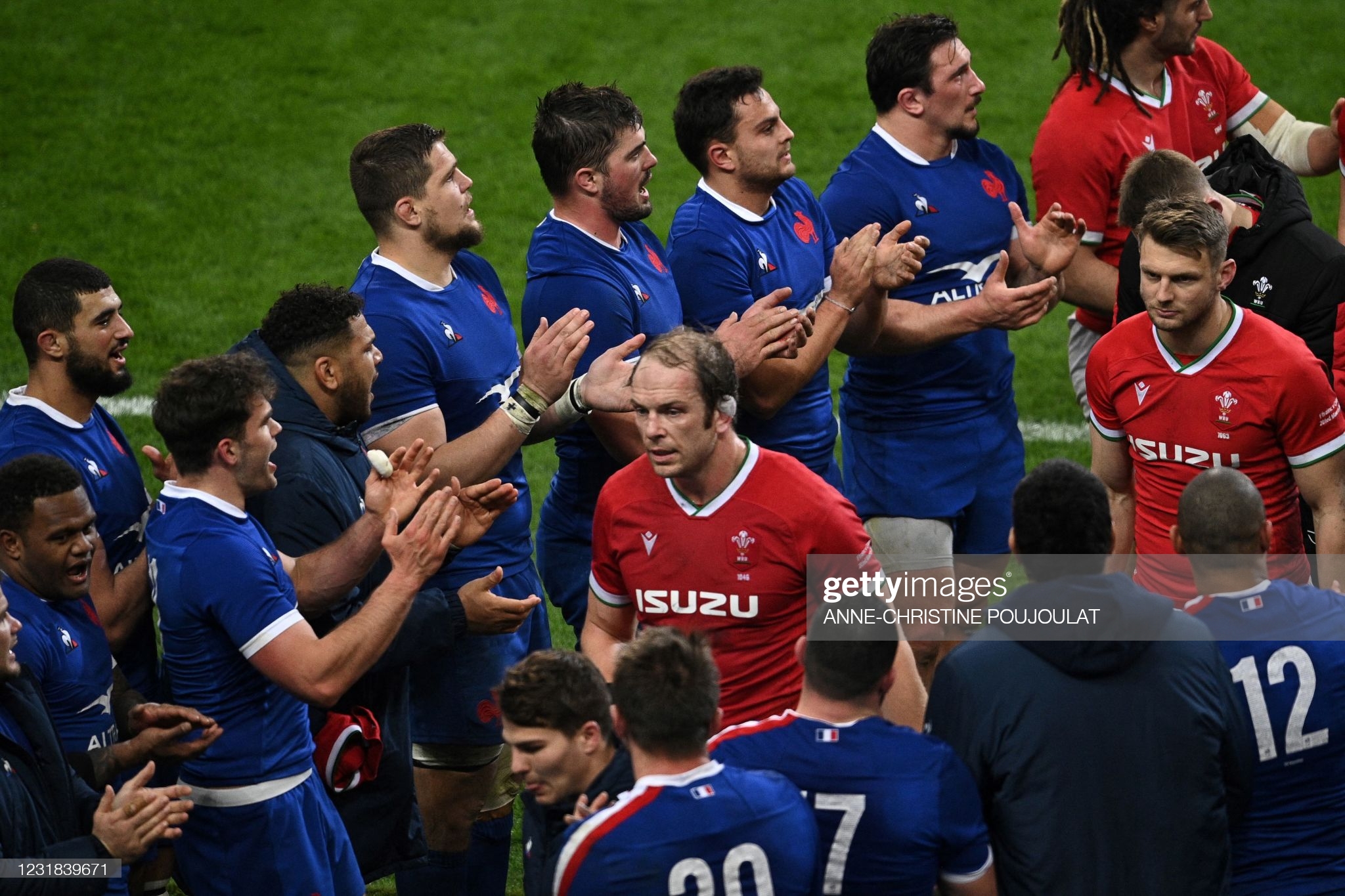 The Six Nations title will be decided in Paris tonight, even though most of the judgements on Wales in this tournament have already been made. Harri Morgan says measurements of progress were easy to find, but the important factor now is to keep the forward momentum.

I don’t profess to be down with the lingo. But I’m fairly certain French rugby has been living ‘rent free in my head’ for much of the last decade.

It certainly has a low cost timeshare.

The music of the marginal moments of Saturday’s defeat in Paris has mellowed from a techno thud in the immediate aftermath, to a background blending acoustic number.

Should they have opted to scrum away the seconds after the French knock-on at the death?

What if Calum Sheedy’s relieving punt had rolled into touch, rather than sitting up to be carried into the collision, which saw Liam Williams yellow carded?

Typical. No musings on the breaks and decisions which worked wonders for the Welsh. Of which, there were a few throughout the Championship. Apparently.

The memory of the fan doesn’t operate with such a degree of objectivity. Nor should it.

In the short term, the manner in which we reflect upon the defeat will be influenced by Scotland’s ability to burst the French bubble on tonight.

The days of French implosion seem to be on pause. On the pitch, anyway.

The Wayne Pivac era might have a new lease of life, but when his time is up, how we remember defeat in the Grand Slam decider of ’21 will probably provide an accurate proxy for the success of his reign.

The journey of champion team to their ultimate destination is rarely ‘as the crow flies.’

For those of you who are worried about the permutations for the Rugby later on, this explains it fairly well #SixNations pic.twitter.com/bcRpTiZGUp

Think of Clive Woodward’s England side. They lost three consecutive Grand Slam deciders away from home between 1999 and 2001.

In 2003, they demolished Ireland at Lansdowne Road, with both teams competing for the Slam. Later that year they were crowned world champions.

The first cut(s) might have been the deepest. Yet, Martin Johnson’s men laughed last, and laughed loudest.

I’m not insinuating that England wouldn’t have achieved their end game without those defeats.

Nor do the highest highs overwrite the ‘read only’ lows. Like a solid layer of butter on burnt toast – they give them a palatable context.

What was that Catatonia lyric?

“Victory is empty, there are lessons in defeat.”

Whilst the rest of us riff on it, the Welsh coaching collective must forensically analyse their shortcomings, if the red line is to continue on an upward trajectory.

Much of Wales’ success this spring has been attributed to variables over which they have no control.

Unless, that is, you buy into Fabien Galthie’s narrative that Wales did a pre-tournament camp on the set of Casualty.

Yet beyond the wheel of fortune, Pivac and co. have excelled in identifying areas for improvement, and implementing solutions.

I’m not just talking about the shift to a game plan, where situation rather than philosophy, determines the decision.The flagship for the improvement might be the line-out, but Wales made adjustments each week based on performance and opposition.

Prime examples include the use of the bench against Scotland, quick thinking penalty plays against the English, and the freedom given to the wing men last Saturday to get off their flank to make metres in midfield.

If Wales are crowned Six Nations champions, it may well be their points difference which gets them over the line.

That says plenty about enhancements made in accuracy of attack bolted on to a return of cohesion and resilience in defence.

Passing off last autumn’s defeats as an education exercise has been justified by subsequent success.

Just as Eddie Jones was able to retrospectively explain the slump of 2018 with his side’s performance in the following year’s World Cup.

However, if the reaction of the English media this week is anything to go by, Pivac would do well to note that promise of future feasts doesn’t always satisfy critics during the famine.