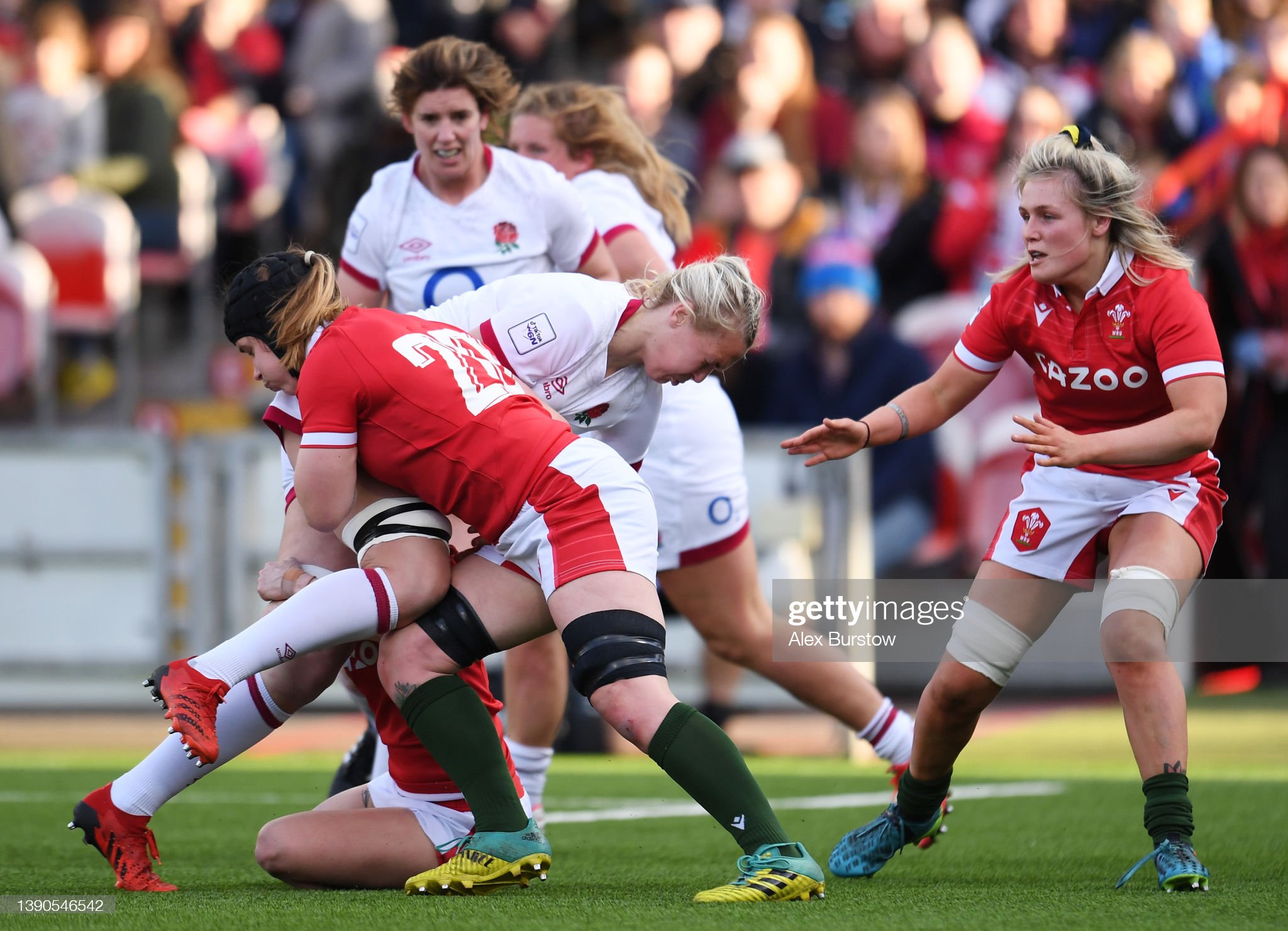 The famous red bus journey down Westgate Street into the centre of Cardiff is an iconic sight in Welsh rugby.

Wales’ male players often say the cheering crowds packed in on match day, as the driver edges his way through to the Principality Stadium, is one of the most uplifting moments they can experience.

Not so long ago, Wales’ female players could only dream of that kind of visible backing in the hours before kick-off, but Bethan Lewis can confirm that times have changed.

The Wales back row forward – whose own journey ends with a final Six Nations match at home to Italy on Saturday – has felt the fervour of fans at the stadium gates and is desperate for more.

“When we arrived at our first home game there were hundreds of people waiting at the gate, waiting for the bus to arrive,” says Lewis, whose team’s final appearance of the tournament at Cardiff Arms Park will be live on S4C.

“That is something that we have never experienced before.

“It was a very emotional experience for me, seeing all the younger girls who had just been playing in a tournament before our game, seeing how excited they were to see us, and that we are inspiring them to play rugby.

“It’s humbling to know that now it is something you can grow up and aspire to do as a career.”

Following a breakthrough tournament, in terms of public recognition and media profile, the show of adulation from Wales fans, which used to be solely preserved for the men, is now being experienced by Lewis and her teammates.

It has not been a journey without some bumps along the way, though. The coach driver who will make his way down to the Gwyn Nicholls Gates may avoid any scrapes, but the same isn’t true for captain Siwan Lillicrap and her team.

Wales started the tournament with impressive wins against Ireland and Scotland but have faltered in recent weeks, losing to heavily to both England and France.

Those losing margins, though, are a still narrower than previously and a victory over the Italians would certainly ensure a hugely positive campaign – the first since the introduction of professional contracts.

“It has been a bit of a rollercoaster for us,” says Gloucester forward Lewis, who started playing rugby at the age of six with her home town club, Carmarthen Quins.

“We were on a bit of a high at the beginning of the tournament, but the last two games have brought us down to earth a little bit.

Request for Welsh team in Prem 15s was previously rejected but Walker said last month nothing was off the table.

“Hopefully we can finish it on a high, like the way we started it.”

Lewis is quick to point out the impact those contracts have had on the success seen in this year’s campaign.

“It is amazing to get those first contracts for women in Wales, it is history-making.

“I am extremely privileged, but we have all worked incredibly hard for it and it is something that we have deserved. We have been knocking on the door the past few years, increasing our efforts in training week-in, week-out.

“We downplay it a lot but it’s something we have deserved; women’s sport is growing massively, and it should only keep growing.

“We want to make sure we keep putting the performances in now to prove that it is making a difference.”

With the extra cash has come greater demands. Lewis now puts in a lot of time and effort into training but at least with a retainer contract she is juggling part-time, rather than full-time work alongside her rugby.

“I am based in Gloucester with my club commitments, but I am also working down there as a coach for the Universities Women’s team.

“It is where I came through. I studied at Hartpury, I played Uni there and now I am coaching there and it’s credit to them and their support that I am here today.

“This morning, I’ve been in work, I’ve coached the girls and then I was off down the M5 and the M4 to get to training with the Wales squad.”

With a win against Italy, Wales would secure third spot in the 2022 TikTok Six Nations. That would mark a significant improvement from last year’s 6th placed finish.

The win is far from certain, however, as they will face a tricky Italian team who gained a lot of confidence on the back of an impressive 20-13 win against Scotland last weekend.

“Italy didn’t have the best start to the Six Nations, but they are going to have momentum after their win against Scotland,” adds Lewis.

“Scotland are a good side. It takes a good performance to beat them and Italy did that so we cannot underestimate them this week.

“But it would be a fantastic achievement to finish third. The job is to make sure the performance is there to get the third place in the bag.”