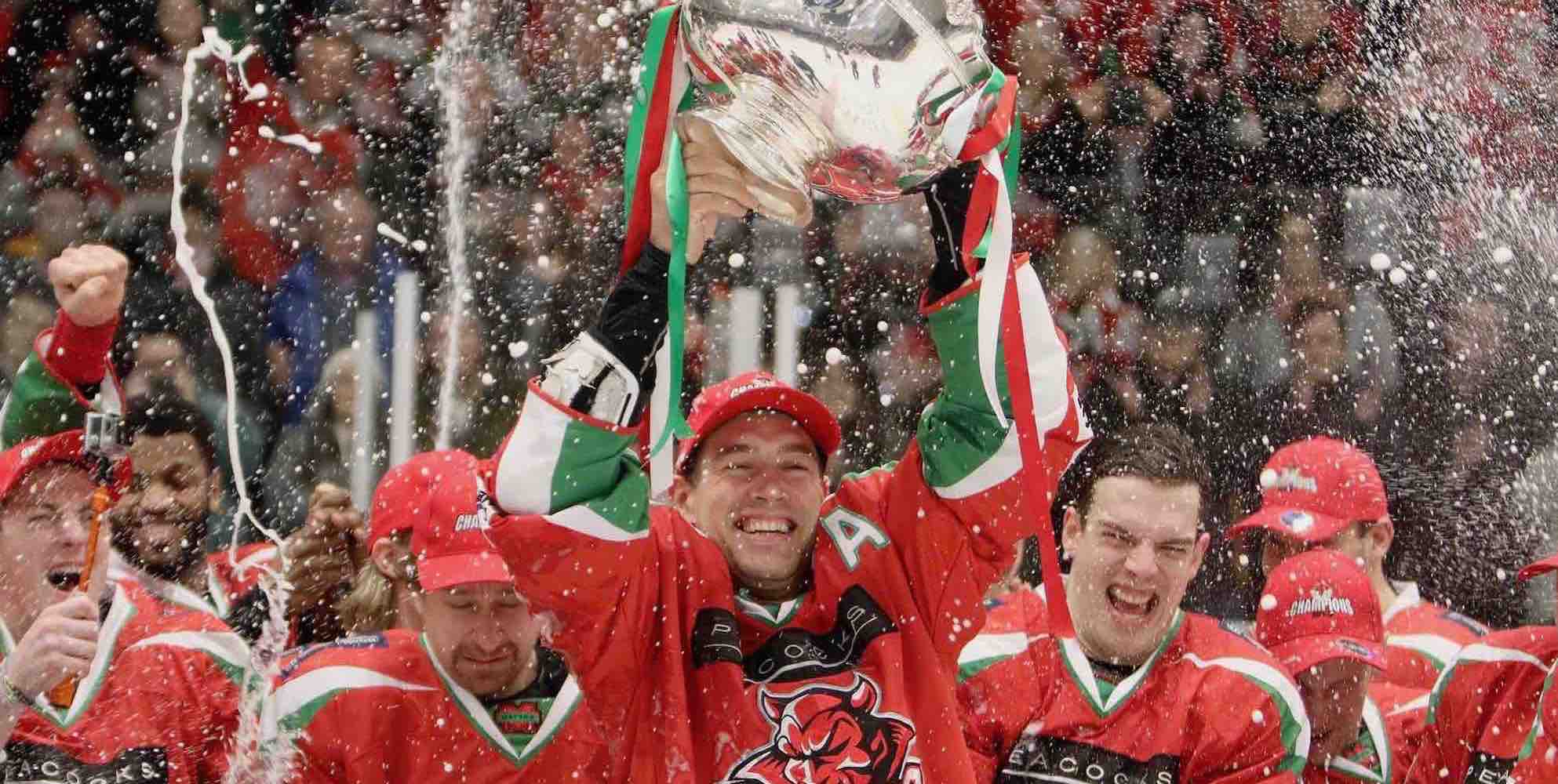 The global pandemic has disrupted and upended sport wherever you look. But few professional sports clubs in Wales have been as deeply affected as the Cardiff Devils. Little more than a year ago they were on fire. Then came the big freeze. As a result, changes in the squad and management have left most Devils fans struggling to keep up, as Matthew Burgess explains.

Picture the scene. Or recall it, if you were lucky enough to be there.

On the evening of Friday 6th March 2020, the Cardiff Devils had just beaten their rivals the Sheffield Steelers 7-3 to elevate themselves to the top of the Elite League table. The nature of their latest performance coupled with the fact they still had games in hand, with less than a quarter of the season remaining, left the team well poised to potentially claim a third league title in four years.

A near capacity crowd at Ice Arena Wales were on their feet as they applauded the players off the ice as they made a final celebratory lap around the rink, whilst Freddy Mercury bellowed out ‘Don’t Stop Me Now’ over through the sound system. The feel-good factor and bond throughout – between the players, to the officials and the fans – was as strong as it had ever been. And then it all just stopped.

The team did play once more, two days later away in Sheffield, but this was the very last time that the Devils would play at their Cardiff Bay home before the coronavirus outbreak ruthlessly brought sport and most aspects of life as we knew it, to an abrupt end.

Roll forward a momentous 14 months of uncertainty, and the Cardiff Devils’ return to action might just be on the horizon.

The group of players that will take to the ice for the Cardiff Devils for that opening game is likely to bear little resemblance from the one applauded off the ice back in March 2020.

The Devils fan-base, infectious in their passion, have seen the team’s roster stripped of some of their heroes during ice-hockey’s hiatus. They are players who had quite literally shed blood, sweat and tears as they drove the team to a pre-Covid period of unparalleled level of success, establishing themselves as one of Welsh sports most accomplished team’s in the process.

A combination of career progression – symptomatic of the team’s successes – along with the complete cancellation of the 2020/21 Elite League season unexpectedly forced the club into a ‘new era’, where they are required to rebuild a team that had proven themselves to be winners technically, physically and mentally.

As uncertainly reigned as to whether the 2020/21 season would go ahead, the teary departure of head coach Andrew Lord immediately meant that things were going to be quite different, whenever that would be. Two months later, the depart of Ben Bowns was confirmed – widely revered for his clutch performances in both the colours both of the Cardiff Devils and Team GB has stock had risen to the point where he too was offered the chance to challenge himself at a higher level.

As the summer turned to autumn without any clarity over a start date for the new season, players were left with little option but to ply their trade in those countries who were able to resume operations. Norway, Italy, Germany, France, Sweden and Slovakia beckoned for Joey Martin, Gleason Fournier, Mark Richardson, Evan Mosey, Sam Duggan and Mark Louis, while Matt Pope, Blair Riley and Mike McNamee joined Sean Bentivoglio in announcing their decision to retire from the game completely.

And after the season was officially cancelled, Bryce Reddick, Sam Jardine, Mike McNamee and Joey Haddad all reunited with Andrew Lord in Grenville.

The players have not been blamed for moving on to secure their futures and progress their careers in a hard and ruthless industry, nor should they. But the celebration of their individual and collective successes whilst playing for the Cardiff Devils has been restricted merely to messages of good will on social media as opposed to a celebratory thank you and farewell.

The day Cardiff Devils fans were dreading most arrived earlier this week, when reports in the European press linking captain and star player Joey Martin with a move to Ben Bowns’ former team Grazz99ers were confirmed. Nobody could have guessed that that last game against Sheffield was to be Martin’s last in a Devils jersey…

This winning team was never meant to have been dismantled so suddenly and unexpectedly. Operating on stability and smart, measured judgements have been fundamental values to how the team has been run in recent times, yet none of this feels like it makes much sense – much like how Covid has manifested itself in other aspects of life. Who will return? And when will they return? And as with everything related to Covid, the questions outweigh the answers.

The exciting appointment of Jarrod Skalde as head coach and each of the new players will be warmly received and welcomed as they embark on the latest stage of their careers, but for those who don’t return, the previous Cardiff Devils era will be tinged in a certain sadness, despite their achievements.