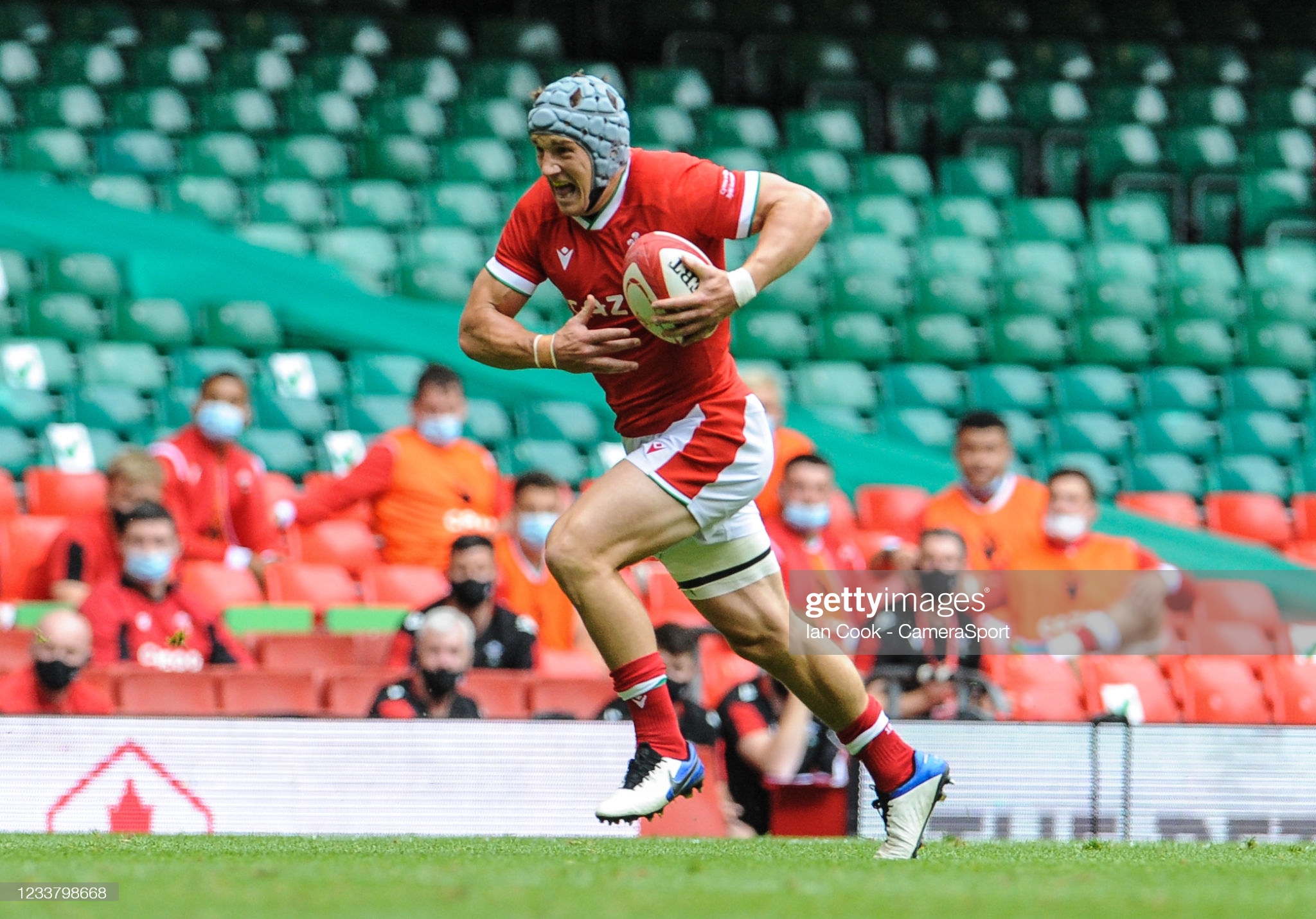 Jonathan Davies will lead Wales out against Argentina on Saturday in a game that should have been happening in South America, not Cardiff. But there are many who believe Davies is still in the wrong country and that he should be in South Africa, wearing the red of the Lions, not Wales. Harri Morgan says Davies has a chance to reinforce that view against the Pumas.

Just shy of four years to the day since what was one of the iconic plays of the 2017 British and Irish Lions tour, Jonathan Davies set out to reel in an interceptor clad in a black jersey.

There is an element of visual likeness, and equivalence of outcome – the grey head gear and red silks hunted and grounded the charge of the all-in-black opponent going full steam for the whitewash.

The similarities end there.

I’d bet most readers’ mental recall be placed under less strain if asked to offer up images of the Fox’s 2017 pursuit of motoring All Black midfielder, Ngani Laumapi than his 11th minute canter to catch Canuck, Ben Lesage.

The former impacted the outcome of a Lions series decider, if, with hindsight, it is still correct to reference it as such.

And the latter? Well, as it materialised it was as significant as when the club keeno chases down a prop who is try-line bound after executing a perfect show n’ go at Thursday night touch.

With 68 points scored and some promising performances from the new kids on the block, it is no surprise that an early defensive effort from an established international didn’t feature with any prominence in the post-match discussion.

But I’m sure, as captain, Davies would have been delighted with the performance of the collective and comfortable with new starts, Ben Carter and Tom Rogers taking the limelight for their individual input.

This weekend’s opposition will allow us to gauge with a higher degree of accuracy where the group and individuals within it are, as both an existing and future Test match force.

Argentina operate in a very different rugby sphere to Canada. Their players are ubiquitous in leagues all around the world and their national team are hardened and world-wise after years playing – and competing well – in the Rugby Championship.

Not only do they play regularly against New Zealand, Australia and South Africa. They have now started to beat them, too.

Davies’s competence at Test level is not under question, but perhaps his ability to be a big match game-buster is.

Whilst the captain’s cliche is ‘team first’, Davies could do with an outcome influencing, captain’s knock, to silence some of those who have been quick to slap him with the ‘finished’ tag.

Whilst he has ‘held an end’ in the 12 jumper for Wayne Pivac in 2021,  his Six Nations shifts weren’t deemed to be of sufficient quality for him to make the cut for the Lions bubble – even with the credit he no doubt held at the Bank of Gatland.

A third tour, would have cemented the legacy of Fox the Lion, if indeed being unbeaten in two series and having a ‘man of the tour’ to your name doesn’t meet the criteria for having your name etched on to that board already.

Warren Gatland is a man of pragmatism, not sentiment. As Davies well knows.

From a career perspective, the summer Tests in a Lions year are primarily renowned for the opportunity afforded to the newbies to get a foot in the door.

In 2009 on the tour of North America, a certain J. Davies of the Scarlets was the beneficiary of such an opening.

Now, 12 years on, with a hat stand that cannot move for caps and a bucket full of accolades – if indeed that is how an accolade is stored – the prospect of world class opposition in the form of the Pumas, provides the stand-in Welsh skipper with an opportunity to put in a stand-out performance.

If he delivers, then it will be strong evidence that he remains a world class midfielder and one who could yet find himself called over to the playing fields of South Africa at some stage this summer.