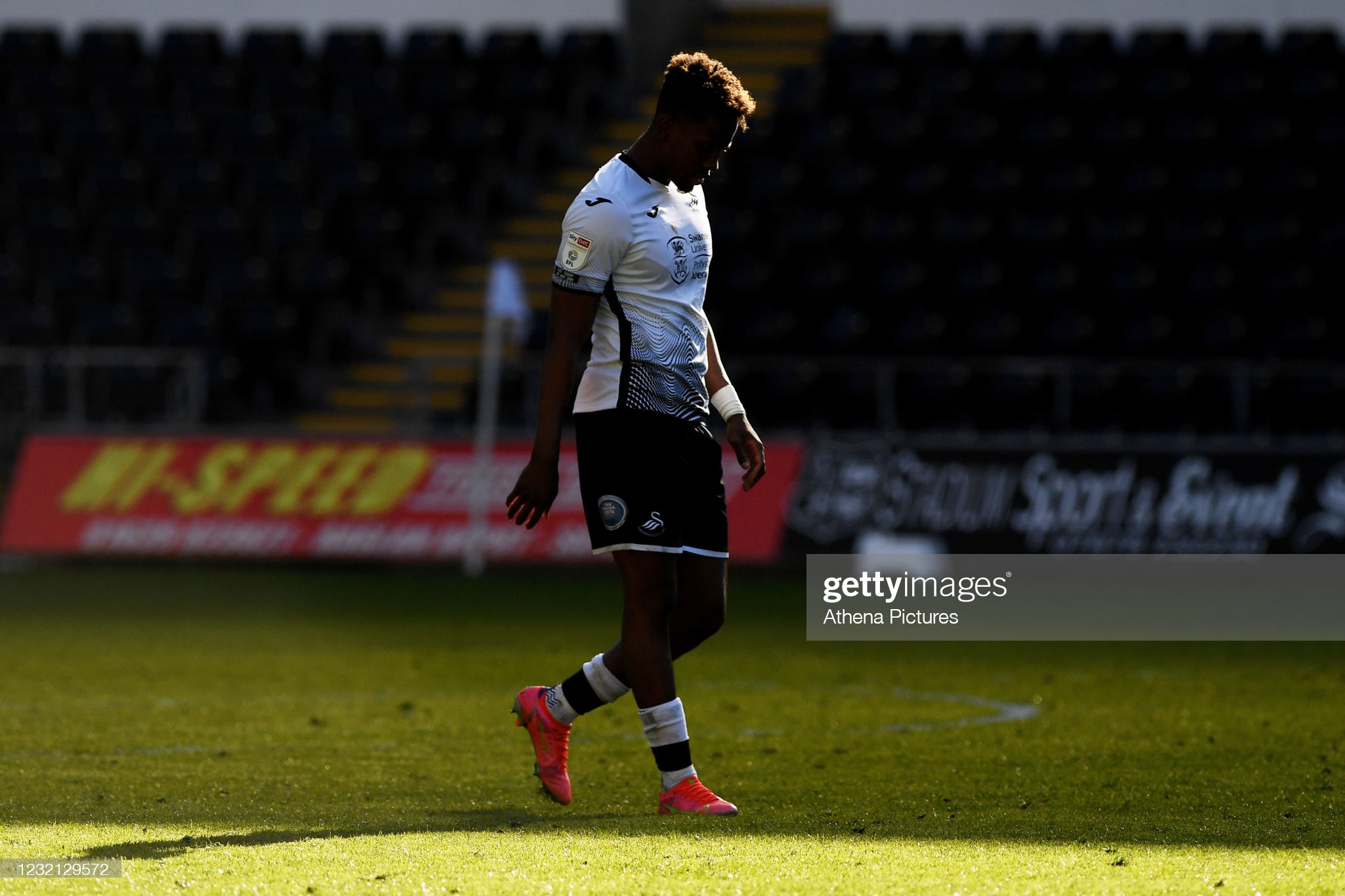 Drowned out, possibly, by all the noise over the European Super League was an announcement by Instagram this week that they had adopted new measures to combat online abuse. It was hardly a declaration of war, but it was something. Too little, though, to make a big difference – much like the clubs’ attitude, says Fraser Watson, who is fed up of the gestures and the apathy.

The other morning was like any other for me.

Woke up, trawled through social media, discovered a high profile individual in football had been subjected to online abuse, read about it, considered tweeting my disdain, decided it was futile, switched off from the subject, and did something else.

It could have been Swansea City’s Jamal Lowe on the receiving end, or Ben Cabango, or Connor Roberts. Or maybe it was Glen Kamara, Anthony Martial or Karen Carney or someone else just doing their job.

For all the noise about stamping out mindless internet-based abuse in football, and the lamenting of racism, sexism, discrimination, and foul mouthed tirades – all are now par for the course.

Contrary to belief, the problem isn’t currently worse than ever. The quantity of obscenities hasn’t necessarily risen, but the volume with which they are expressed has.

Abuse has shifted platforms. The comments mushroom from one outlet to another, spreading and multiplying across formats like a disease with no cure.

The abuser has options, choices on offer. They can simply target the induvial on their hate list – tagging them in or contacting them directly.

Or they can just spew forth a particular stage which more than 190 million worldwide users can access.

A couple of weeks ago, Swansea seemingly decided enough was enough. The club announced “a club-wide stance in the battle against abuse and discrimination of all forms on social media,” and vowed not to post any content on their official social media channels for seven days.

Players, staff members, and even some fans followed suit.

Birmingham City joined the boycott. Rangers, too. Suddenly, you sensed something was happening.

A movement to ring louder than a slap on the wrist, a fine, a petition, a block on Twitter, or a temporary ban on Instagram.

Speculation followed that other clubs, Premier League bigwigs and all, would follow suit and send a strong communal message that if abuse didn’t stop, then publishing the info that many supporters crave would.

And then it all went quiet, the silence descending days before the existential threat of the proposed – and quickly abandoned European Super League – made its short-lived appearance.

The anti-abuse movement never really materialised. No other professional club did follow suit.

Rather than a strong communal message, we saw a ripple of discontent.

Seven days passed, and the three afore-mentioned clubs returned to social media and got back to business as if all was fine and dandy again.

The calm had passed. It was back out onto the stormy seas of anything-goes, raging anger and gut-churning offensiveness.

And therein lies the problem. Football has the art of vociferously calling for change down to tee.

It happens with racism, sexism, homophobia, any discrimination you care to mention. Football is right in there, waving its arms like a player trying to influence a referee.

Are Manchester United, a club with over 25 million Twitter users, really ever going to put the opportunity to flaunt their brand on hold?

We will not be participating in the European Super League.#MUFC

Would Kamara’s teammates at Rangers actually walk off the field and forgo the chance to win a European tie?

And in the case of the Swansea led trio, admirable as their stance was, is denying tedious trolls going directly for club staff for seven days really going to deter them come the eighth?

Ultimately, football itself can’t wipe this cancer out completely. It needs Government intervention, followed by stricter regulations for account users, for that to become feasible.

But imagine if, say, the bigger clubs put us much as energy into tackling abuse and discrimination as they did into the European Super League negotiations.

Imagine if they took a financial hit on their ability to plug their endless merchandise, just for long enough to try and clean up the filth.

Imagine if fans and clubs vehemently opposed to the latter, showed the same passion and unity when reacting against the very behaviour they claim to detest.

Until then, the sport will stumble along this continuous cycle. The mindless abuse will continue, so will the voices against it, the odd short term stance will highlight the issue further, action may be taken via minor punishment, but ultimately, no concerted effort will be made to eradicate it.

Football has the power to unite people – let’s use some of that power to unite against online hate and racism. @OfficialTM_3‘s experience of receiving abuse because of something that has happened on a football pitch is all too common. pic.twitter.com/GDJRZAqOdG

And no doubt, tomorrow morning and the next will be like any other.

I’ll wake up, trawl through social media, discovered a high profile individual in football has been subjected to online abuse, read about it, consider tweeting my disdain, decide it’s futile, switch off from the subject, and do something else.

Enough is enough. It’s just that football itself, isn’t prepared to do enough.