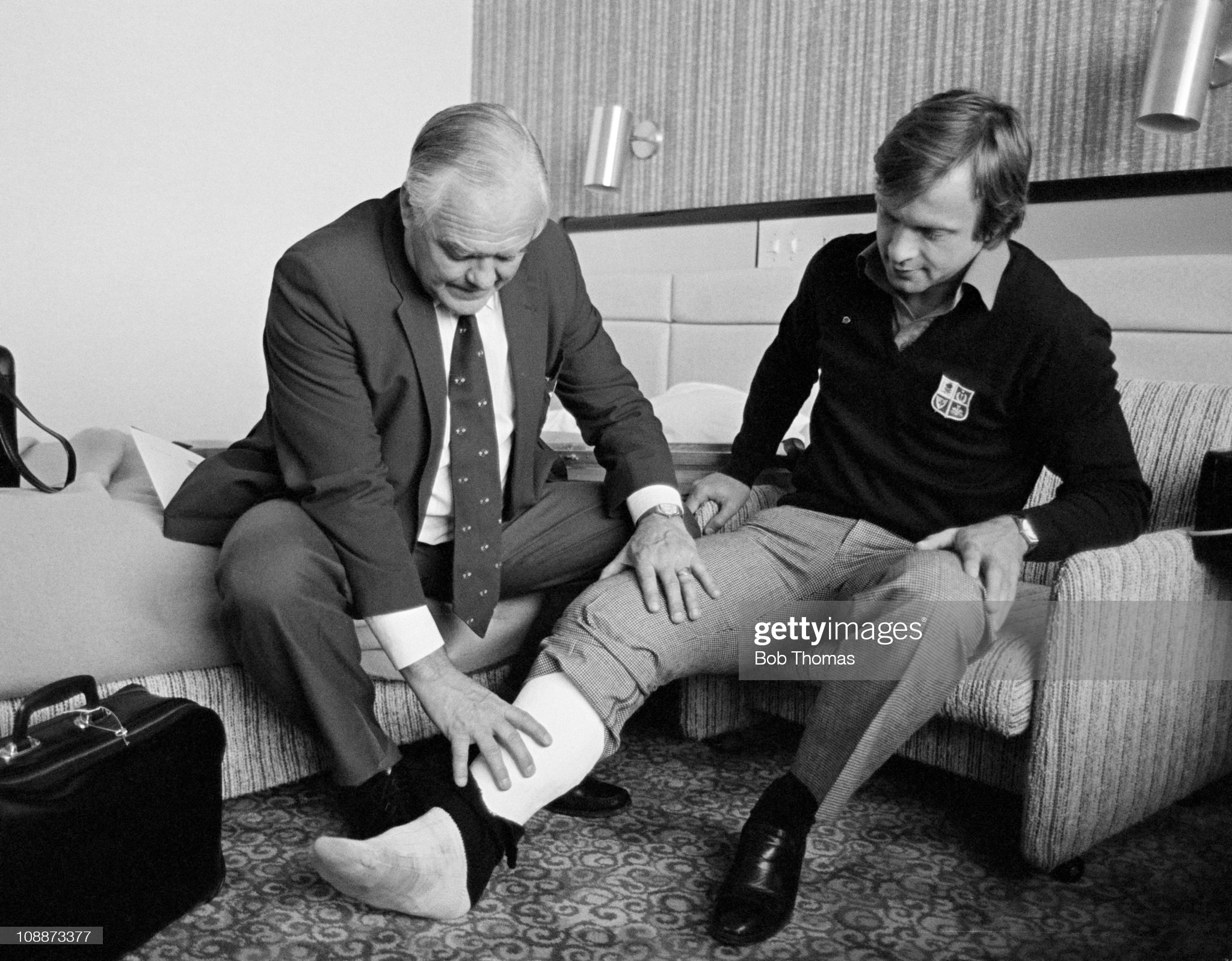 Rugby memorabilia from two of the greatest centres of the last century will go under the hammer at a Welsh auction house on Saturday, 17 April, with prices set to reach record levels.

Hidden away in a unit on the Llandough Industrial Estate, a couple of punts away from where Louis Rees-Zammit was born, Rogers Jones & Co are offering shirts and ephemera from the collection of Wales’ own Jack Matthews, as well as an incredible archive from the Birkett family.

‘Dr Jack’ was the tough-as-teak centre who played for Cardiff and Wales after the second world war and went on the 1950 British & Irish Lions tour to New Zealand and Australia.

In tandem for both club and country he formed one of the greatest centre partnerships of all time with Bleddyn Williams.

One of his fellow Welsh tourists from that trip, Cardiff scrum half Rex Willis, also has items in the auction. His Llandaff Cathedral School cap, along with two caps from his playing days at Cardiff, are up for sale.

The reputation of Rogers Jones & Co as world leaders in rugby memorabilia rocketed six years ago when an old lady walked into their reception and pulled out of a carrier bag a black rugby jersey.

She explained to one of the partners, Ben Rogers Jones, how her husband had got the jersey, her  probate valuation, and asked for a second opinion before selling it.

‘It was just as well she did,” said Ben, who quickly established it was a 1905 jersey from the fabled New Zealand ‘Originals’ tour.

Further research then proved it was actually worn by the legendary All Blacks captain, Dave Gallaher.

“That was a game-changer and got the whole rugby memorabilia market place chattering. When we put it up for auction ahead of the 2015 Rugby World Cup it reached a sale price of £180,000,” he added.

“Since then we have sold many rugby jerseys, caps and an important rugby union rule book from Rugby School (£13,000).

“Rugby antiques can often command prices that run into the thousands of pounds. Some of the vendors are descendants of players but other consignments come from rugby clubs who are fearful of the high values that they may have on clubhouse walls.

“They are concerned about the deteriorating condition, the insurance implications, and the overall vulnerability of these prized sporting antiques.”

Rogers Jones has spent hours researching the background to the shirts from Jack Matthews and also those from John Birkett and his family. The Birketts can lay claim to being one of the greatest sporting families in the history of English sport, and here’s why:

He served on the first RFU committee, which is celebrating its 150th anniversary this year

He captained Clapham Rovers in one of four first round games in the inaugural FA Cup competition in 1871, a game in which his side scored the first goal in the history of the tournament

He played in back-to-back FA Cup finals, winning in 1880

His brother, Louis Birkett, played four times for England at rugby, twice in tandem with Reg

Louis followed his brother onto the RFU committee

He scored a record 10 tries for his country

He served on the RFU for more than a decade

The Birketts were something of an English sporting dynasty, with John’s son Brian also going on to play for Headingley, Harlequins and the Army. More importantly, they never threw anything away!

That’s why much of the family treasure trove has come up for auction and the collection is predicted to raise well in excess of £20,000.

Reg’s journal from 1870/71 is @ our #auction together with important 🏉 artefacts @carolyn_hitt @WalesOnline @EnglandRugby @rugbyhistorian @brianmoore666 pic.twitter.com/qnzBNvZpz7

Included in the auction is an England shirt worn by John pre-WW1, his international cap, team photos and scrap books. There is also a notebook from his father, Reg, that details all the fixtures, scoring details and team for his club, Clapham Rovers, for the 1870-71 season.

“Historic sporting antiques form one of the most buoyant areas of the collecting market, with the highest prices coming for the match-worn jerseys where we are able to determine the player and the games in which they played,” said Rogers Jones.

“The more notorious the match, the more famous the player or famous the team, the higher the price.

“The age of the jersey can contribute hugely to the final price, with those from the Victorian period being exceptionally rare.

“A lot of the high-end rugby memorabilia we sell has a New Zealand connection and that is one of the strongest markets for us.

“We recently sold the collection from the career of the Llanelli and Wales captain Norman Gale and the Lions jersey from another Welsh great, Alun Pask, reached £1,500.”

So, the Birkett collection ticks a number of those boxes and the race is on to see if Rogers Jones & Co can top their own records of £24,500 for an England jersey and £7,000 for an international cap.

All will be revealed on 17 April.

For Details of the auction, and to browse the catalogue, go to: www.rogersjones.co.uk