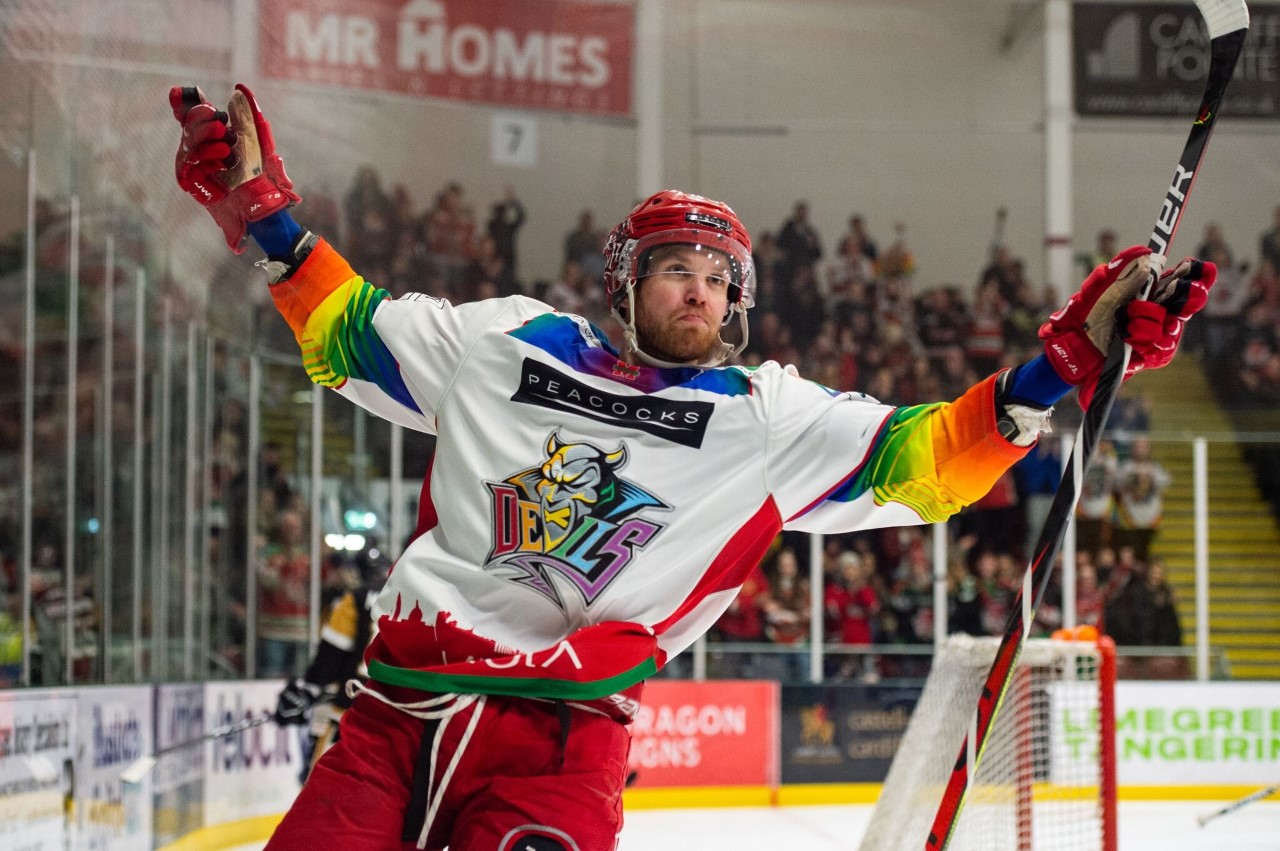 McNamee is the 10th player to re-sign for the Devils for the new campaign and the sixth import.

“Mike is such a versatile player, highly skilled, great defensively and also has so much offensive talent,” said club managing director Todd Kelman.

“He quickly became a fans favourite and I can see why. Mike scored some big goals for us and was playing his best hockey when the season was cut short.

“He had a great first season in Cardiff and is someone I could see playing here for a long time if we can keep him. I am really pleased to have him back.”

McNamee returns for his second season as a Devil after putting up 19 goals and 27 assists for 46 points in 58 games during the 2019-20 season.

He finished third in Elite League goals, fourth in points on the Devils roster, and was voted by the fans as the unsung hero.

The 27-year-old joined Devils from Danish Premier League Aalborg Pirates, where he scored 15 goals and 16 assists for 31 points in 32 games during the regular season.

Before joining Aalborg, he played for EC Bad Nauheim, who play in Germany’s DEL2, scoring 20 goals, 29 assists for 49 points in 44 regular season games.

Before turning pro, McNamee played for Carleton University in Canada, leading his team in scoring in two out of the four years he played there. He was a First Team Canadian All-star team selection in his final year at Carleton and played for Team Canada at the University games.