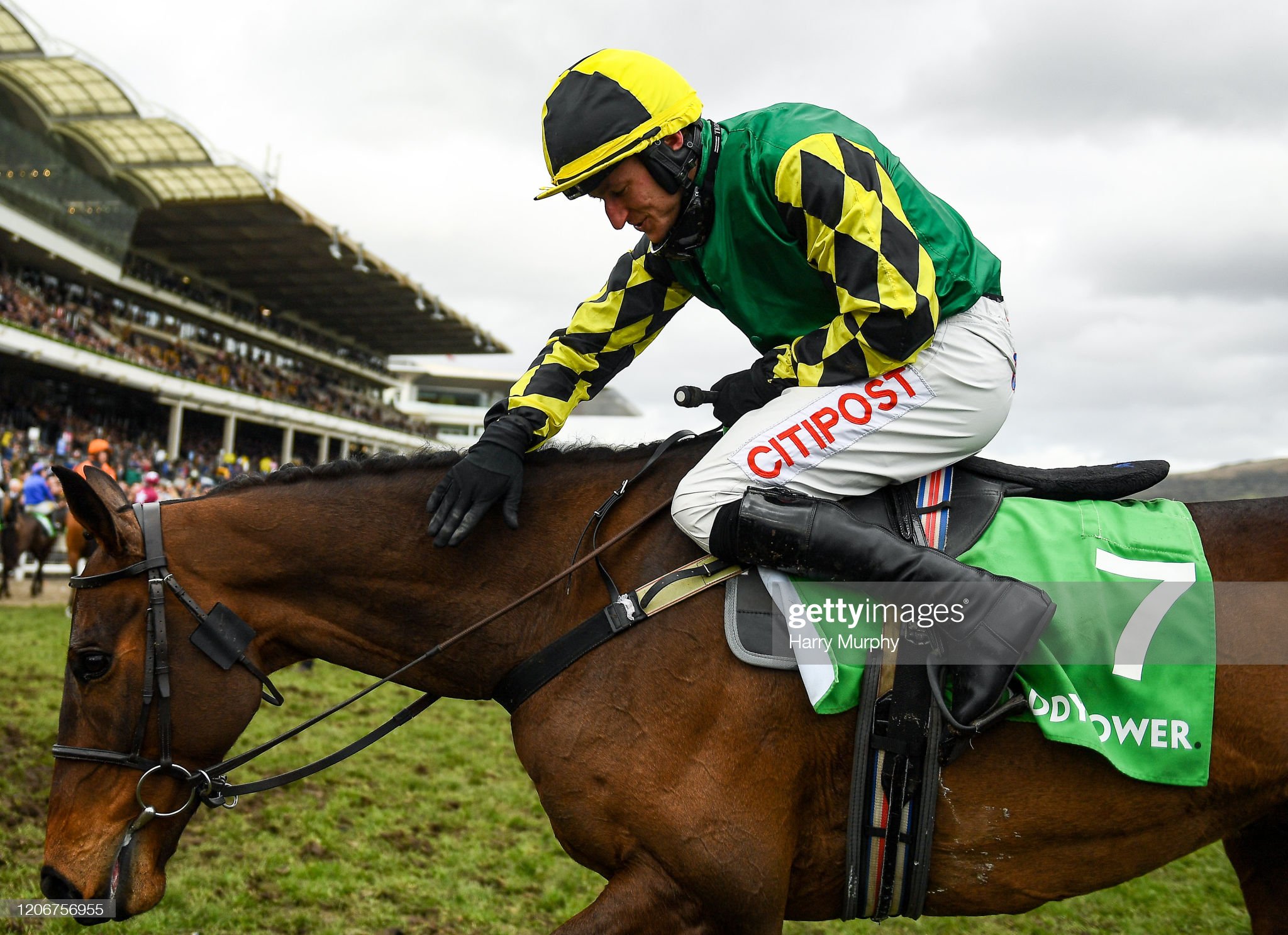 Welsh trainer Rebecca Curtis hopes Lisnagar Oscar will be doing more than simply sending a signal of support for the people of Ukraine, when he runs at Cheltenham on Thursday.

The horse and Welsh jockey Adam Wedge will cut striking figures at the Festival as they will be wearing the blue and yellow colours of the Ukrainian flag.

Jockeys have been wearing armbands in those national colours at Cheltenham to show their support for the Ukrainian people, who are suffering a humanitarian crisis following the Russian invasion of their country.

But for Curtis, the idea of decking out Wedge in blue and yellow, rather Lisnagar Oscar’s normal silks of green, yellow and black, has a real practical significance – to try and help raise funds for the charities supporting Ukraine.

“It’s making people aware of the charities that are at Cheltenham,” says Curtis, the Pembrokeshire trainer, who has Lisnagar Oscar bidding to win the Stayers’ Hurdle, the feature race, for a second time.

“The owners have also agreed that if any prize money is won, then they will be donating a percentage to the charity as well.

Previous winner LISNAGAR OSCAR will run in these custom silks in next week's @paddypower Stayers' Hurdle in support of Ukraine.

“We didn’t want it just to be about wearing the colours as a gesture of support. It’s about getting people to donate, which is a much more practical that just wearing the blue and yellow.”

Festival organisers took the decision earlier this month to add the Red Cross Ukraine Appeal to their list of charities they are supporting.

There will also be opportunities for racegoers to donate online, promoted throughout the meeting, as well as bucket collections on the course.

The idea for the switch of colours to help raise awareness came from Colin Peake, owner of Breaking Waves, trained by Harry Whittington.

“His horse ran against Lisnagar at one of his first races at Chepstow and he’s always followed him ever since because he really liked the horse,” adds Curtis.

“He had the idea of a horse running at the Cheltenham Festival with the Ukrainian national colours to make people aware of the nature of the charities at Cheltenham.

“He asked if the owners would consider wearing the colours and it was such a good cause it went from there.”

Curtis is keeping her fingers crossed for some rain ahead of the race in order to give Lisnagar Oscar the best chance of repeating his victory in the 2020 Stayers’ Hurdle, when he was a 50-1 winner.

Last year, he fell at the seventh hurdle, but Curtis says: “I just hope we get some rain and some soft ground. But he’s in great form and hopefully he will run well.”

Records have already been broken at Cheltenham, where a huge new figure was set for day one attendance after 68,567 fans turned out.

The record came after last year’s Festival was held behind closed doors because of the pandemic.

“There was a great atmosphere at the course on Tuesday and it’s wonderful to see everyone back,” says Curtis.

“That is what makes Cheltenham – the atmosphere and all the different people.”