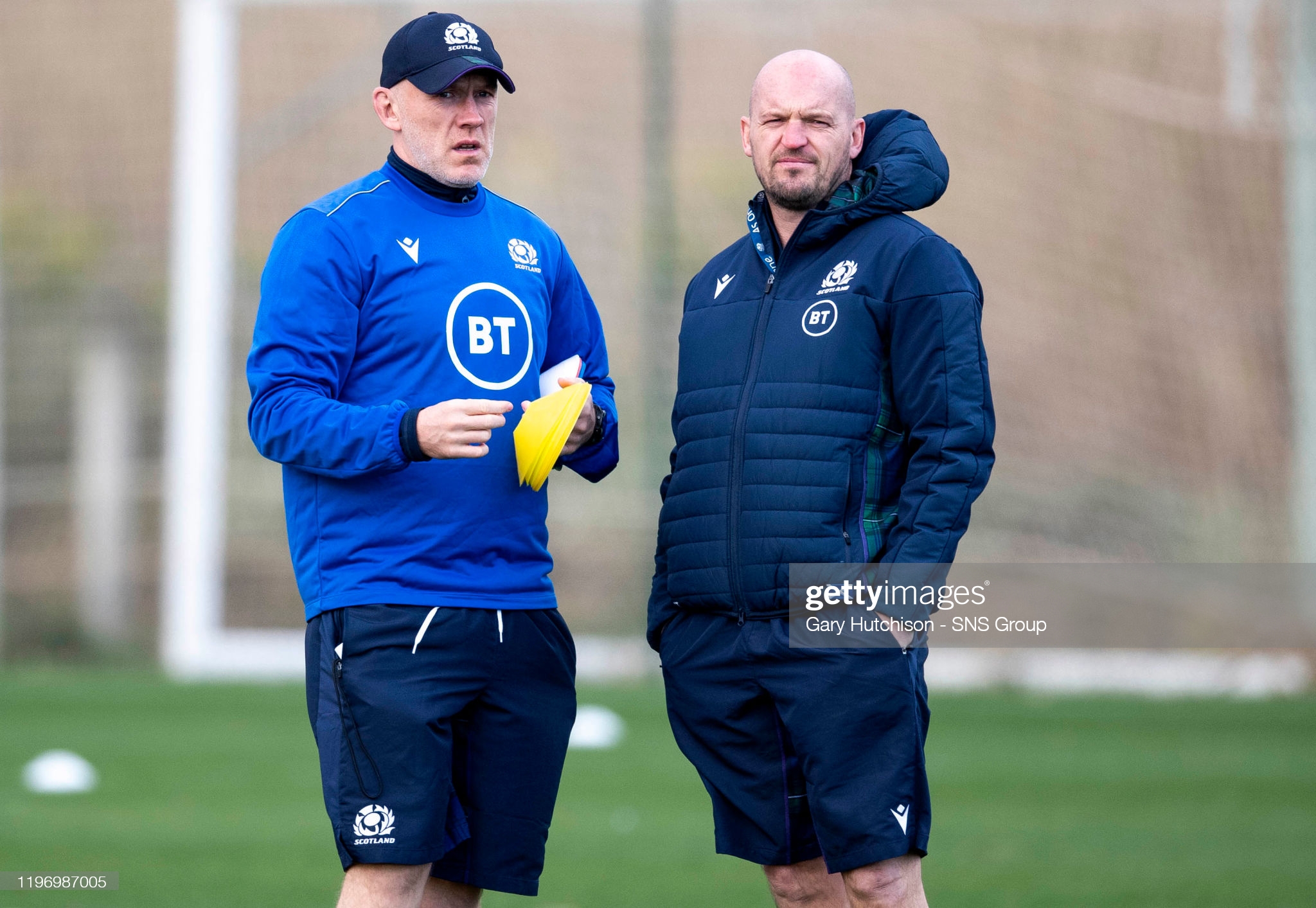 Forget Wayne Pivac, Steve Tandy is the Welshman with most at stake this evening when the destiny of the 2021 Six Nations title will be decided in Paris.

Wales head coach Pivac will be chewing his fingernails – much like many supporters – as he watches France try and beat Scotland with enough tries and points to claim the championship trophy and push Wales into second place.

But imagine being Tandy, whose countrymen are depending on his organisation of Scotland’s defence so that it’s good enough not to succumb to a 21-point losing margin.

If Les Bleus score four tries or more and win by at least 21 points, they will be crowned winners after denying Wales a Grand Slam last week with a dramatic win in added-on time.

But if the hosts are to achieve that they will have to repeatedly breach one of the meanest rearguards in Europe, with Scotland’s defence now the responsibility of  Tandy.

And heading into Friday’s match, a fixture postponed from last month by a coronavirus outbreak in the French camp, they have allowed their opponents just seven tries from four games – a defensive record that while equalled by Les Bleus, has not been improved upon by any other side in this year’s Six Nations.

Tandy’s work with Scotland has drawn favourable comparisons with that of Shaun Edwards, the English defence guru who was a key figure in the successful Wales set-up under Warren Gatland but who is now a member of France’s backroom staff.

It has not always been plain sailing for the 41-year-old Tandy, even if the former Ospreys flanker’s first season in charge of the Welsh region yielded a Pro12 title.

But his six-year spell at the helm ended with Tandy being sacked in 2018 after a woeful run of just four league wins from 13 outings and a defeat by French club Clermont that knocked the Ospreys out of the European Champions Cup.

Nevertheless, Tandy restored his reputation with a brief but succesful stint in Australia as the defence coach of the Waratahs before Scotland head coach Gregor Townsend brought him into the Dark Blues’ set-up in December 2019.

Tandy has always seen defence as part of an all-round game, an approach that was in evidence during Scotland’s 11-6 win over reigning Six Nations champions England at the start of this year’s edition – the Scots’ first victory over their arch-rivals at Twickenham in 38 years.

“There is no point having a reasonable defence but not be winning games. I see it as a collective.”

For all the talk of what Galthie’s men must do to win the title, Scotland could finish second for the first time in the Six Nations if they beat France by an eight-point margin on Friday.

That would help the Scots repay a debt from 1999.

Back then, with fly-half Townsend, playing a leading role, Scotland’s last victory over France in Paris coincided with them being crowned the final champions of the old Five Nations – but only after Wales had defeated England the following day.

“We maybe owe Wales a favour from ’99,” said Townsend as he recalled their last-gasp 32-31 win over England at Wembley.

“Wales turned them over that day, of course. So I’m sure they’ll be cheering us on, as we were cheering them on 22 years ago.”