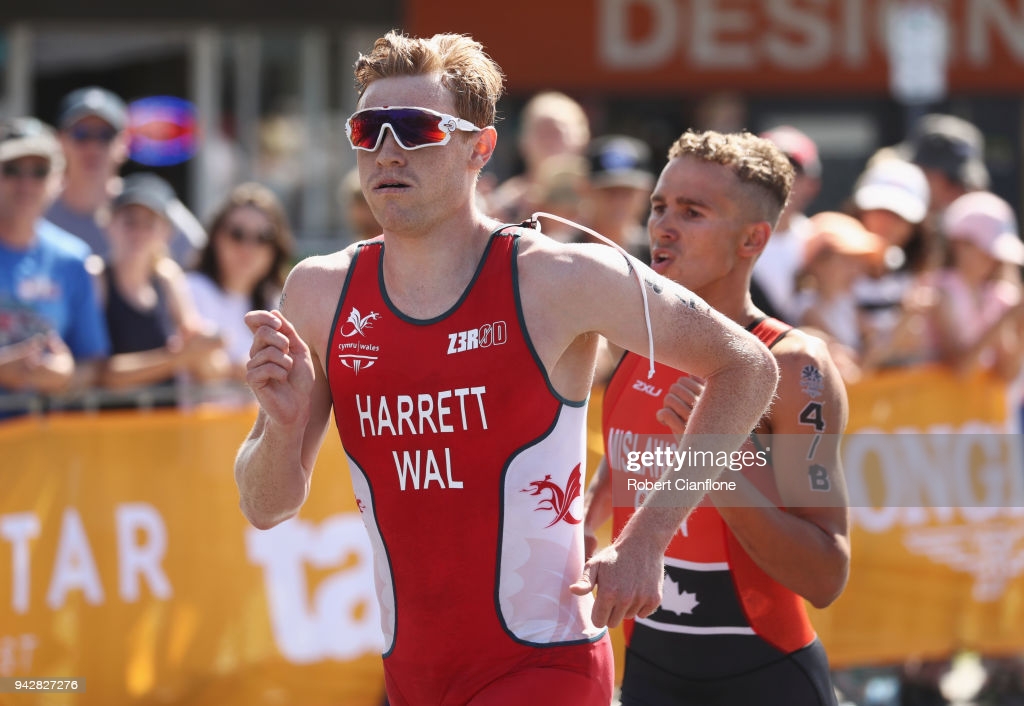 The likes of Non Stanford and Helen Jenkins have put Wales on the global map when it comes to triathlon, as both are former world champions. But who’s next? And where – and how – do Wales develop international triathletes of the future? Graham Thomas has been finding out.

Wales will reap the rewards of an elite triathlon programme in Cardiff – and a sport very much on the up – by the time next year’s Commonwealth Games comes around.

That’s the firm conviction of Louis Richards, Welsh Triathlon’s head of performance, who believes a feelgood factor after the Tokyo Olympics can inspire a new generation to follow in the footsteps of Non Stanford and Helen Jenkins.

Great Britain won gold in the mixed relay event in Japan in July, plus individual silvers in the men’s and women’s events for Alex Yee and Georgia Taylor-Brown.

All three titles will be up for grabs at Birmingham 2022, the first time a full four-year cycle will have been in place for the National Triathlon Performance Centre Wales – a partnership between Welsh Triathlon, Cardiff University and Cardiff Met aimed at producing elite performers.

“When I started in Wales four years ago, there was a bit of a focus here for the athletes to try and be the best in Wales, rather than the best in the world,” says Richards, who has also worked with British Triathlon.

“Wales is a small country and if you set your sights only within Wales, then you won’t reach world standards.

“You have to be clear on what the standards are going to be, but you also have to give the athletes the time to get there. It’s a sport where long term development pays off and people take a few years to really reach their peak.”

There are currently 16 triathletes – 11 male and five female – based at the performance centre, using the facilities of Cardiff Met.

They can boast two full-time coaches and are in the process of recruiting a third, backed by sports science practitioners based at the university.

The centre is now officially recognised as a pathway centre by British Triathlon, giving Welsh triathletes the option to base themselves in Wales, rather than move to England.

“It’s been a pretty rapid expansion, but we are now at the point where we are set up for the next four to eight years to support athletes coming through,” says Richards.

“Before, when athletes hit 18 years old and they wanted to train in an elite performance centre, they would have to go to England to do that. Now, we have an environment for Welsh athletes if they wish to stay in Wales.

“I think we have just scratched the surface of our relationship with Cardiff Met. It’s not just facilities but before Covid, we were providing leaning experiences for eight to 10 of their students – the performance staff of the future.”

The elite bracket means the centre is not just for younger competitors, however, and the age range of the group currently extends between 18 and 31.

Having managed to keep athletes ticking over through the long hibernation of the pandemic, the centre is now focussing once more on the return of active competition in a sport that continues to grow at every level.

“The hardest thing for athletes during the lockdown was missing that team environment, having your mates around you, when you train,” says Richards.

“That was more the problem than not racing, but we managed to keep people motivated and active and now we can think about competing again.”

Stanford – who was controversially overlooked for GB selection for Tokyo – remains Wales’ best known triathlete and the hope is that the former world champion will be leading the way for Wales in Birmingham next year when she will be 33.

“I think Non has some unfinished business, having not made the Olympics,” says Richards.

“She still has something to prove and is a class athlete.”

Stanford is part of the Joel Filliol coaching group – an international squad who follow the sun and the international triathlon calendar, rather than base themselves in a specific location.

Her 2018 Gold Coast Commonwealth Games teammate, Olivia Mathias, is based in Loughborough, but there are others who could make the Birmingham squad who are among the Cardiff performance centre.

They include Iestyn Harrett, another who was at the 2018 Games, Jenny Manners, Issy Morris and 18-year-old rising star Dom Coy.

Then, there are some interesting Welsh triathletes dotted around elsewhere, including another 18-year-old, Osian Perrin, who is based in Anglesey and has been making waves in athletics with some impressive 5,000m and 10,000m times.

Perrin takes his inspiration from Yee, whose 10k run in Tokyo showcased his talent as a track 10,000m athlete.

Yee’s silver in the men’s event in Tokyo was followed by gold as part of the mixed relay event – a format that has captured the public imagination and underlines the sport’s bright future, according to Richards.

“We have the mixed realys and these crazy new short formats in triathlon, which are proving great to watch.

“In athletics, there are many distances, so why not have different distances in triathlon?

“We are also a sport where you cannot just win medals, but you can win well, too, where the athletes congratulate and respect each other and are treated as human beings. The future is looking very good.”