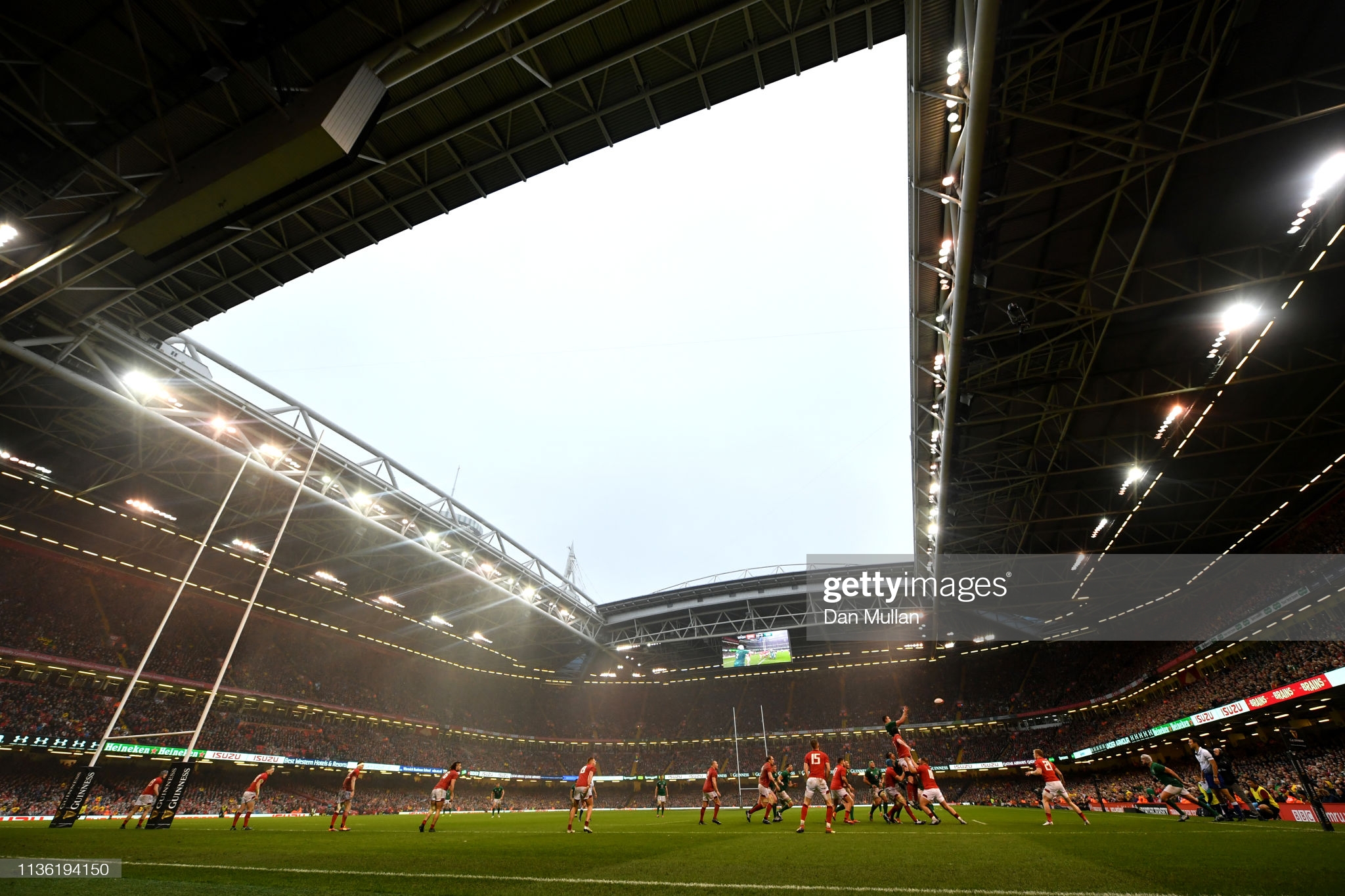 The Welsh regions have supplied the players, but also taken on all the risk, says Huw Jones. Pic: Getty Images.

The Dragons needs to be taken back into private ownership if Welsh rugby is to prosper and the nation’s four regions are able to survive and then thrive.

That’s the call from a figure who used to sit at the centre of Welsh sport, who says it’s time for the regions to realise they are being taken for a ride.

Newport-based Dragons are currently owned by governing body, the Welsh Rugby Union although the region’s chairman David Buttress is keen for that to change.

Huw Jones – who spent 15 years as chief executive of Sport Wales and worked alongside the WRU in that time – insists deep-rooted change is needed in Welsh rugby.

Jones believes the regions need more control of their own destiny and if the Dragons join Cardiff Blues, the Ospreys and Scarlets in private ownership then a brighter future could be ahead.

“If all four teams in Wales become independent from the WRU then they would effectively become a body like Premiership Rugby Limited in England,” said Jones.

“They can then set themselves up as a separate negotiating body with all four clubs independent of the WRU. For that to happen, the professional rugby agreement needs to be renegotiated.

“The only way to get there is if the Dragons go into private ownership first with David Buttress having raised the money needed. The WRU refuses to reform itself so the pro clubs need to control their own destiny.

“It’s a very crucial time in terms of the financial situation in Welsh rugby and the relationship between the WRU and the regions.

“The WRU is the shareholder and represents the views of Wales and the regions on the Pro 14. At the moment, the Dragons are a subsidiary of the WRU.

“When you get into a position where the regions were expecting £26 million this year and receive nowhere near that despite releasing their players to team Wales, it’s not a great situation.

“They ended up having £3m and also have to pay back a £20m loan. You start to think there is something wrong there.

“Why are they bearing all the risk with so little asset? The WRU could have changed that and said, ‘We need to carry more of the risk.’ They haven’t done that.

“That isn’t a relationship where everyone is in the same boat. That needs to fundamentally change.”

The Guinness Pro 14, soon to expand to a Pro 16, is a union-controlled competition with teams currently competing from Wales, Ireland, Scotland and Italy.

Jones’ proposal for a PRL-style body in Wales is a radical one, but he believes it is necessary to help the game grow at a time when it has been hit by huge financial challenges brought on by Covid-19.

“The loan has to be paid back over five years but for the first couple of years it’s a lot of money and the regions will have to find £2m,” Jones said.

“If they’ve received £2.7m or close to £3m, they’re barely servicing the loan and that’s without the costs of player salaries and all the rest.

“The regions didn’t have any involvement in the WRU’s negotiation with the Welsh Government. You’d have thought if they saw Welsh rugby as one entity, one or two of the regional representatives would have gone along.

“Of course, it wasn’t presented like that. It was presented as a loss of money to the WRU and not the regions.”

Jones speaks from a position of huge authority having served nearly two decades at the heart of Welsh sporting governance.

“You need a symbiotic relationship between the WRU and the regional game so they both benefit,” he added.

“You need a board which is both challenging and supportive if it’s going to be successful. As Gareth Davies recently said, the WRU board isn’t interested in succession planning except its own succession.

“If all four regions are independent, they can then say, ‘If you want our players, let’s discuss the rate for that properly.’