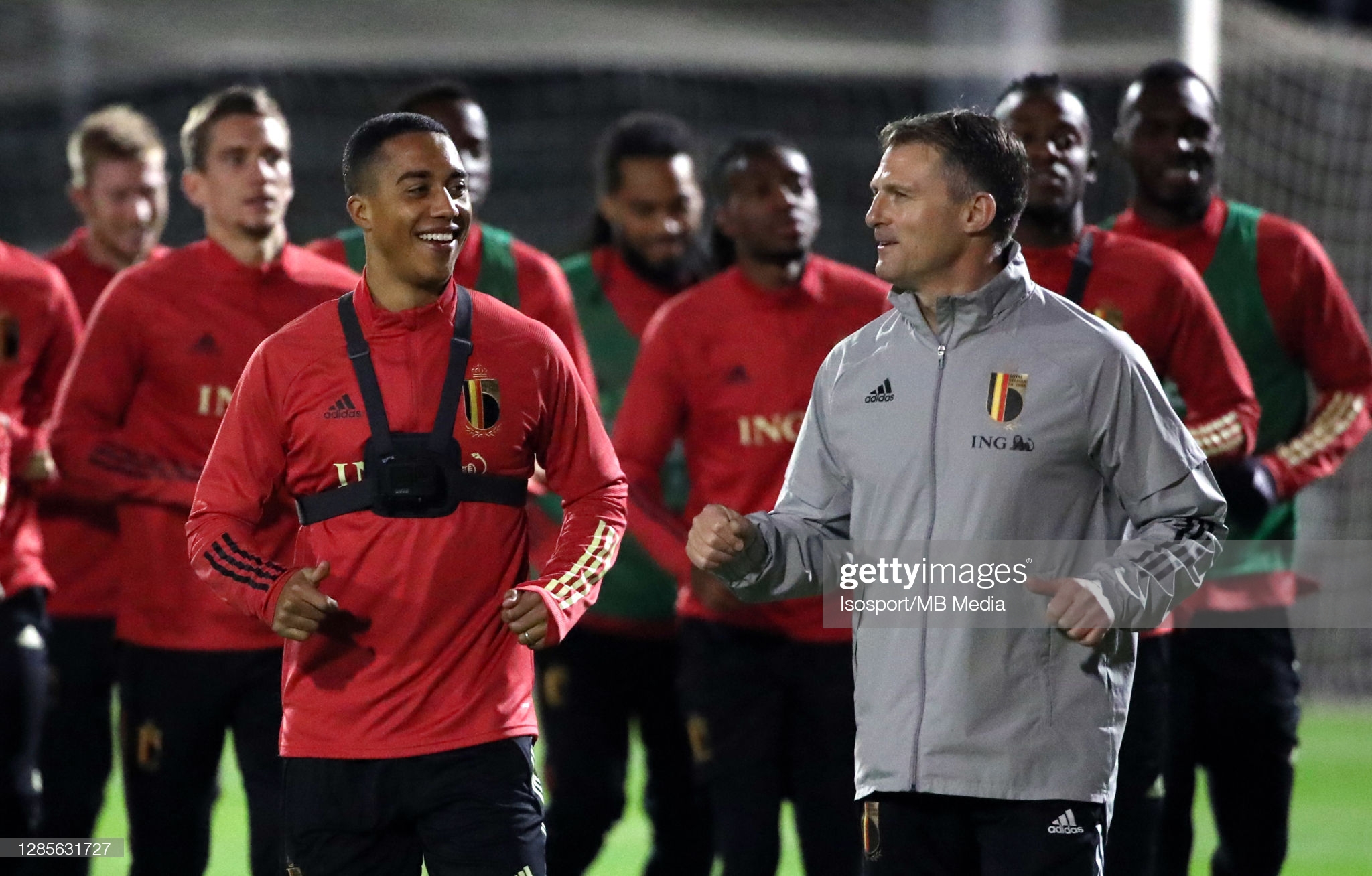 When Wales face Belgium on Wednesday night there will be one Welshman in attendance doing his best to make sure it’s a winning start for the Belgians. Richard Evans will find it a strange experience, but is clear his allegiances are now with Roberto Martinez and the official No.1 ranked team in the world, as he tells Graham Thomas.

The Welshman at the heart of Belgium’s World Cup qualifying campaign admits he will hold mixed emotions when his employers face his homeland on Wednesday night.

Richard Evans is Belgium’s head fitness coach and has been the trusted right-hand man to manager Roberto Martinez since their days together at Swansea City.

Evans has spent the build-up to the opening World Cup qualifier fine-tuning some of the world’s best players in Kevin De Bruyne, Thibaut Courtois, Romelu Lukaku and Yannick Carrasco.

But he admits there will be a tricky moment when they play the anthems in Leuven – before a match that is live on S4C – as he looks across from the sidelines to see Gareth Bale and Co. in full voice.

“I will try and switch off part of my brain when they play the anthems and just try to pretend this is a normal game,” says Evans, who is the son of former Wales and Swansea City winger Brian Evans.

“Wales is my homeland, my nation, my father played for Wales and I’m a proud Welshman, so this game is always going to have that extra edge to it for me.

“I love my country, but I’m working for Belgium now and I have huge respect for the players and the people I work with.

“This is a massively important game for us. We want to beat Wales and go on to qualify for the World Cup, so any sentiment for me is put aside.

“In an ideal world we might be able to share the points and go on our merry way, but sport is not like that and I’ve been working towards us winning.”

Evans, 52, is a former Bristol Rovers player who made his reputation as a fitness and conditioning coach with Swansea sufficiently well enough for Martinez to take Evans with him when the Spaniard moved on to Wigan.

The same process occurred when Martinez upgraded to Everton, before the fall-out from Wales’ never to be forgotten Euro 2016 quarter-final victory over the Belgians led to the pair of them getting the call from Brussels.

That move initiated an awkward conversation, with Courtois, one of the world’s finest goalkeepers who was with Chelsea at the time and who had lost to the Swans in the memorable League Cup semi-final of 2013.

“I was introduced to Thibaut and he asked me where I was from. It was the first time in my life I was reluctant to answer.

“I eventually told him, Wales, and he joked, ‘Oh, no! I hate Wales.’ Then he said, ‘whereabouts in Wales?’ And I told him, Swansea. He laughed and said, “And I really don’t like Swansea!’.

“Thankfully, things got better between us after that, but it was an interesting first encounter.”

Evans watched that famous Welsh win of almost five years ago in the lounge of his in-laws’ house on Gower.

He says he was jumping around the room, spraying beer, incredulous, as Wales demolished the team of Courtois, De Bruyne, Lukaku and Eden Hazard, 3-1. Six weeks later he was working for them.

Since then, he and Martinez have taken Belgium to a third place finish at the 2018 World Cup in Russia and they are among the favourites for the delayed Euro 2020 finals this summer.

In the current FIFA rankings, they are the world’s number one team, ahead of Brazil and France.

No-one is better placed to judge the condition of Belgium’s legion of world class performers than Evans, who still bases himself in the North-West of England in order to keep in regular contact with the dozen or so current Red Devils who play in the Premier League.

“We will meet up on the Monday and some of the boys will still be recovering from the weekend,” says Evans.

“Roberto will have one session to prepare the team for the game on Wednesday. But these players like De Bruyne are having to play, maybe 60, games a year and so it’s very intense.

“They are very intelligent, very driven people. They’re able to prepare their body and their mind and manage the environment and they have the personal back-up and the money to ensure that they’re at the top of their game.

“When it comes to the tactical approach, Roberto has that all worked out. But the time is so condensed he often only has time to make suggestions in a meeting room, rather than in a training session. Yet these guys are so switched on, they will take that instruction into a game and you just think, ‘wow!’”

Taking care of human cargo as precious and worth as many millions as Manchester City’s De Bruyne brings pressures.

Evans and Martinez used to be on the other end of that process when they were together at Everton and the relationship between clubs and country has to be carefully nurtured as Wales have found with Bale and Aaron Ramsey.

“It was always one of our frustrations when we worked at club level that we wouldn’t get much information back when players went to play international football,” says Evans.

“We didn’t know how they had trained or for how long. Invariably, they would be overworked and over-trained and come back with injuries.

“So, we have worked very hard at giving precise details to clubs and we’ve also tried to make sure we never over-expose players either in training or matches.

“The clubs appreciate that and we have excellent relationships with all the clubs of our top players.”

De Bruyne will take a break from his pursuit of a quadruple with Manchester City in order to face Wales on Wednesday, but Hazard is injured.

Whatever happens it will be a special night for their Welsh fitness coach and one he is certain to always remember.

“We have a very talented group of players who can beat anybody on their day. But we’re also very humble.

“Wales are now very flexible, tactically, and also have some fantastic players. It should be a really good game – it’s a shame we still have no crowds – but it’s one I’m really looking forward to for all kinds of reasons.”