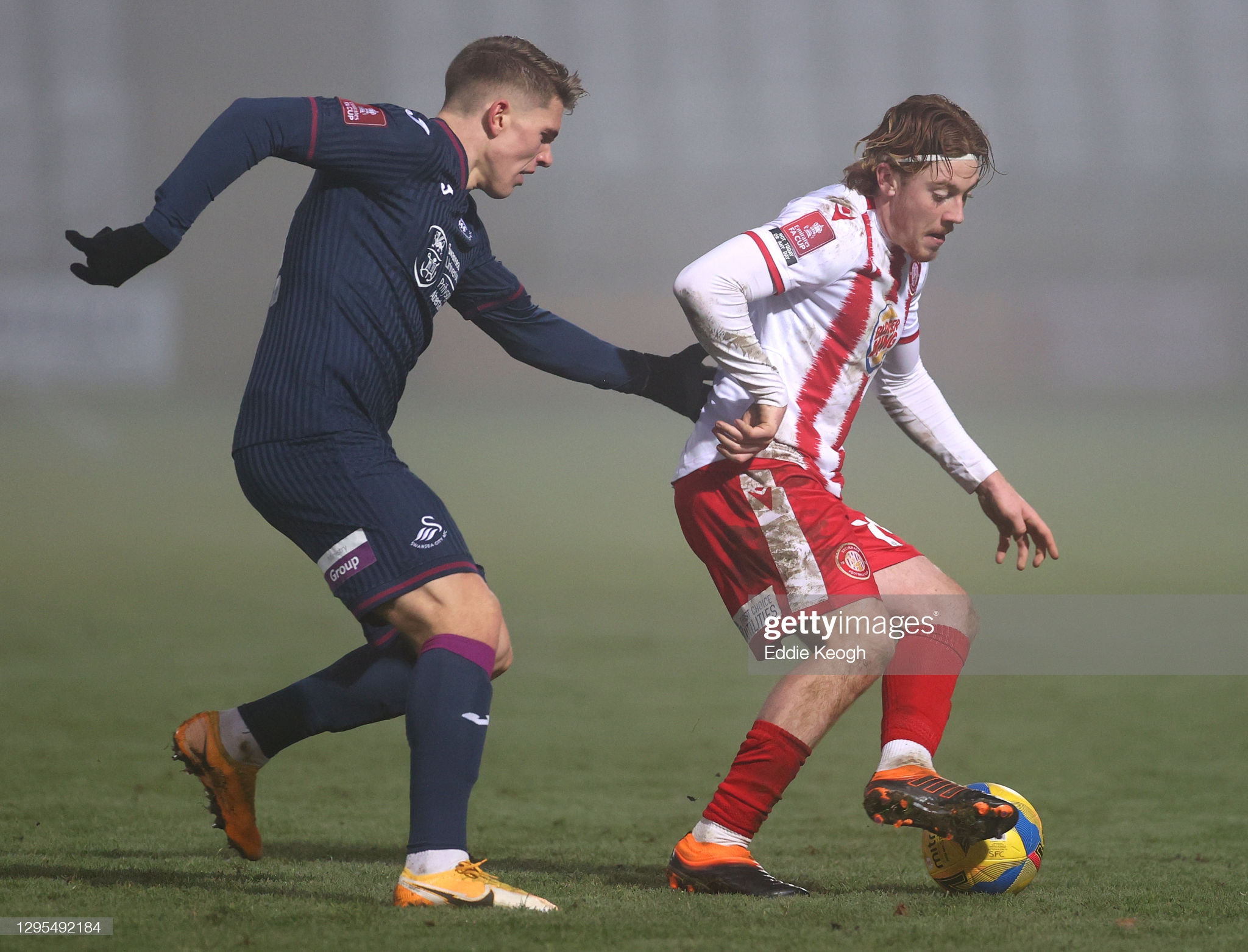 Steve Cooper has said “there’s a good player in there” about striker Viktor Gyokeres – but fans won’t be seeing him at Swansea City.

The on-loan striker has been recalled by parent club Brighton after 12 appearances for the Swans in which he scored only once, in last week’s 2-0 FA Cup third round win at Stevenage.

It was a modest return for a Premier League striker who joined Swansea last September, having scored seven goals in 19 starts the previous season, playing for St. Pauli in Bundesliga 2.

But Gyokeres never made much of an impact at Swansea, struggling to demand regular game time and then finding his loan spell interrupted by a spell on the sidelines after he contracted Covid-19.

“Brighton wanted to recall him, that happened a couple of days ago and he has said his goodbyes,” said head coach Cooper.

“I have to say he is a really good guy, and there is a good player in there.

“I think it was a loan that came a bit later than what everyone wanted. He had some bad luck picking up Covid on international duty too.

“He was happy here, but he wanted to play more football and we wish him well.”

Cooper is still pursuing another goalkeeper as back-up to Freddie Woodman, with young German Steven Benda having ruptured ankle ligaments.

Cooper has a third goalkeeper in Lewis Webb, but at 19 the young Welshman is not thought ready to step up on a long term basis should anything happen to Woodman.

He added: “We’re close to signing a goalkeeper. I think that’s an obvious question.

“I’m happy to go on record with how happy we are with Lewis Webb. He’s a young goalkeeper with lots of potential, but is it the right time? He’ll certainly back himself but we can do with another goalkeeper. And we’re close to doing that.”

Cooper would also like to draft another striker and midfielder before the end of the January transfer window, but admits the picture remains complicated by the knock-on effects of the pandemic.

The Swans have already seen Morgan Gibbs-White recalled by Wolverhampton Wanderers and Kasey Palmer return to Bristol City as clubs cling to what they own in a time of increasing uncertainty over the health of their players and how the fixture list may eventually contract even further in the months ahead.

“It’s a complicated one with the Covid-19 situation and a lot of loan players getting recalled and not quite knowing what the game schedule will look like with games being called off.

“We’re still in the FA Cup as well. We’re working on some stuff, we’re hoping to get some stuff over the line, but until that time, I’ll work with the players in the building. We’re very happy with how things are going.”

Cooper also said he is “gutted” for Brandon Cooper after the defender was ruled out for several months with an ankle problem.

The 21-year-old only returned to the Liberty Stadium from a loan spell at League Two Newport last week and was ineligible for the FA Cup tie with Stevenage, but his hopes of a Championship debut have been dashed after an injury in training.

“We are gutted for him as much as anything else, and it was so innocuous,” said Cooper of the Wales Under-21 international, who will see a specialist to determine the damage.

“It is really unfortunate and we are disappointed for Brandon because he has come back with real confidence and been working really well with the group.”