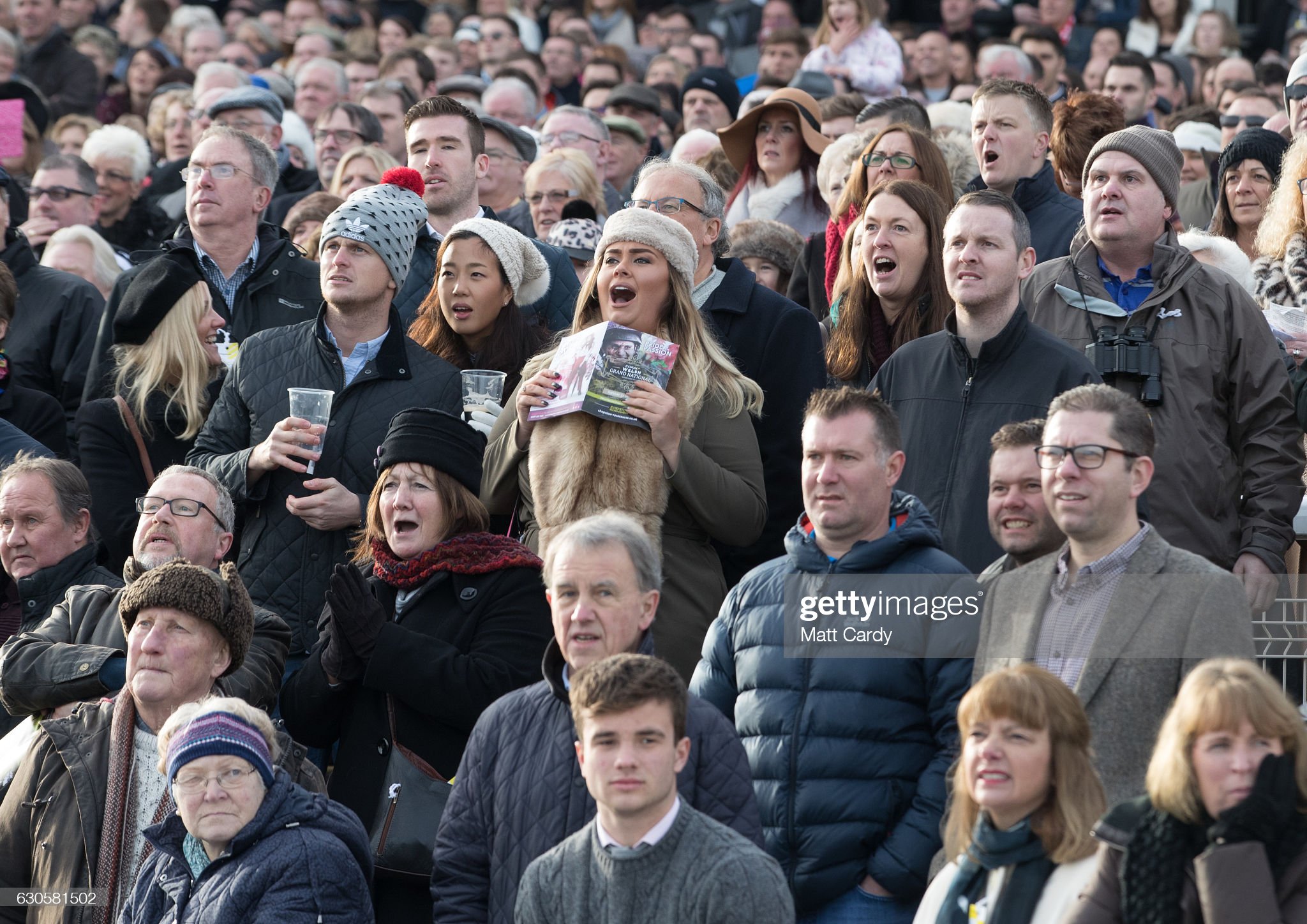 A full Welsh Grand National crowd will be back at Chepstow for the first time since 2019. Pic: Getty Images.

After the eerily empty stands of the past two years, around 10,000 spectators are expected to be at Chepstow Racecourse on December 27 as the Coral Welsh Grand National is restored to its full-throated glory.

Always one of the great days in Wales’ sporting calendar, the race was held in near silence last year, and again in 2020, due to Covid restrictions.

But this year, the race – which dates back to 1895 when it was held at Ely Racecourse in Cardiff – will once again be played out in front of packed crowds, which creates a unique festive atmosphere.

Chepstow Racecourse chief executive Phil Bell believes if the weather forecast is fine, then crowds could even rival the record figure of 12,000 who watched Native River win in 2016.

“We had two years of no spectators and the atmosphere was obviously very different to the traditional Welsh Grand National feel, which is one of the best sporting events of the year in Wales,” says Bell.

“Last year was a particular disappointment because we thought we had got past the worst of the restrictions and then the Omicron variant arrived and we were back to an empty racecourse.

“That was hugely disappointing after all the hard work that had been put in. But we got through Covid thanks to the support of so many people, including the Welsh Government, and so this year – with a five-figure crowd back in – it’s going to feel really special.

“We are expecting around 10,000 people to attend and it might even be more, depending on other factors like the weather.

“The quality of racing is excellent, but it’s also one of those great post-Christmas sporting occasions, when the whole family can get out, take in some fresh air at a beautiful racecourse, meet friends and just enjoy a great day’s racing.”

Viewed very much as a breeding ground for future Aintree Grand National and Cheltenham Gold Cup contenders, half a dozen horses have gone on to success at those events in recent years, having first won at Chepstow in the Coral Welsh Grand National – and there have been 10 ‘doubles’ in total throughout the history of the race.

This year, not only does the race have reason to celebrate the return of spectators, but there is also the landmark of 50 years of sponsorship by Coral’s.

“It’s one of the longest commercial partnerships in sport,” says Bell.

“When Corals supported the race for the first time on February 17 1973, little did they know that they would still be supporting it half a century later.”

Once again there will be plenty of Welsh interest in a race won last year by Iwilldoit, trained by Sam Thomas.

Could we see another Welsh trained winner this year? pic.twitter.com/DL7iEce8RE

Gats and Co is one of three Welsh-trained horses that have been declared among the 26 runners for Welsh racing’s biggest race of the year.

Owned and trained by David Brace, Gats and Co is named after Wales rugby coach Warren Gatland, who has returned to this country from New Zealand for a second spell in charge of the national team.

Wayfinder, trained by Rebecca Curtis, is another three-time winner at Chepstow but disappointed when he pulled up in the Welsh Grand National Trial earlier this month. He’s at 25/1.

More likely to figure among the favourites is Curtis’s other horse, Pats Fancy, currently priced at 9/1.

The horse was quietly fancied at last year’s Cheltenham festival when it lined up in the amateur jockeys race but sustained a small injury that kept it off the track until its seasonal re-appearance at Chepstow earlier this month.

Stearsby was Jenny Pitman’s final winner of the @Coral Welsh Grand National. A somewhat difficult horse that always fancied the easy ride! Here she explains to @mickfitzg how she turned him into a Welsh National Champion. pic.twitter.com/3pwVpxX5xW

Pats Fancy tailed off on that occasion but is expected to come on for the run this time and it wouldn’t be a huge surprise to see him there fighting out the finish.

The current race favourite is Quick Wave, trained near Hereford by Venetia Williams. Other horses strongly fancied are Ask Me Early, The Big Dog and The Galloping Bear.

Gates for this year’s Coral Welsh Grand National open at 10am on Tuesday December 27, with the first race off at 12.30pm.