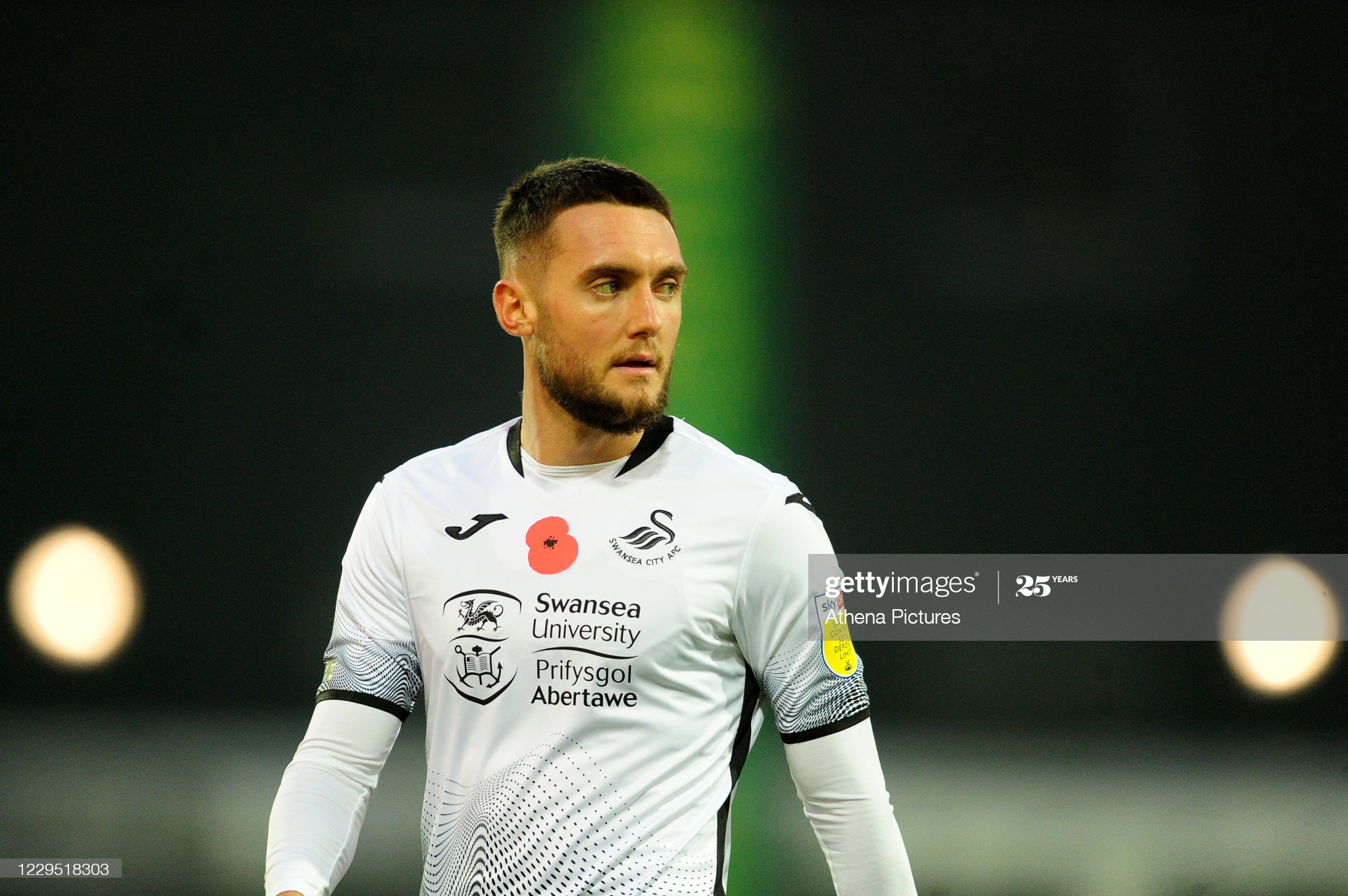 Matt Grimes is ready for the start of a season-defining period with Swansea City.

The Liberty Stadium skipper believes the run-up to Christmas will be even more important than usual this term because of how many matches are being crammed into the Championship.

“I think the Christmas period in any season is an important one, but that’s particularly the case this year because there are so many games,” said Grimes.

“These are very much unprecedented times and I’m sure each club has its own plans to deal with it.

“We know we have a great team and support staff around us and I think it will be the club who has the best plan, and the best way to deal with it, who will come out on top.

“It has the potential to be a defining period. If you can come out of this run of games with some very good results then it sets you up very nicely.”

Swansea lay sixth in the Championship table, with Rotherham back in 19th place, but the Swans have a poor record of gaining victories after international breaks. It’s three years since they won in their first game back.

At least loan signing Ryan Manning cannot do any damage to them this time as he did when he was with Rotherham in 2018.

The full-back scored twice from the penalty spot against the Swans at the New York Stadium to turn around a match the Swans had led 1-0.

Manning has told the Swans website, “I know I have got a lot of making up to do to the Swansea fans.

“I came on at half-time in the game for Rotherham and Swansea were absolutely battering us. It was 1-0, but it could have been a lot more.

“I’ve no idea how there was only a goal in it and, somehow, we got two of the softest penalties I have ever seen given and I managed to score them both and Rotherham nicked it.”

Manning should be on a high after winning his first senior cap for the Republic of Ireland in their draw against Bulgaria on Wednesday night.

That came after he made his Swans debut just before the international break, when he played his part in the 2-0 victory over Stoke City.

“It was definitely good to get some game time against Stoke. To have a win and a clean sheet on debut is the perfect start.

“The system we play, and the way we work in the week, allowed me to have a good understanding of things going into the game.

“We want to impose our game no matter who we play, which means it’s a big help and hopefully means we can get even better as the season goes on.”

One thought on “This Run Of Games Will Define Swansea City’s Season, Says Matt Grimes”