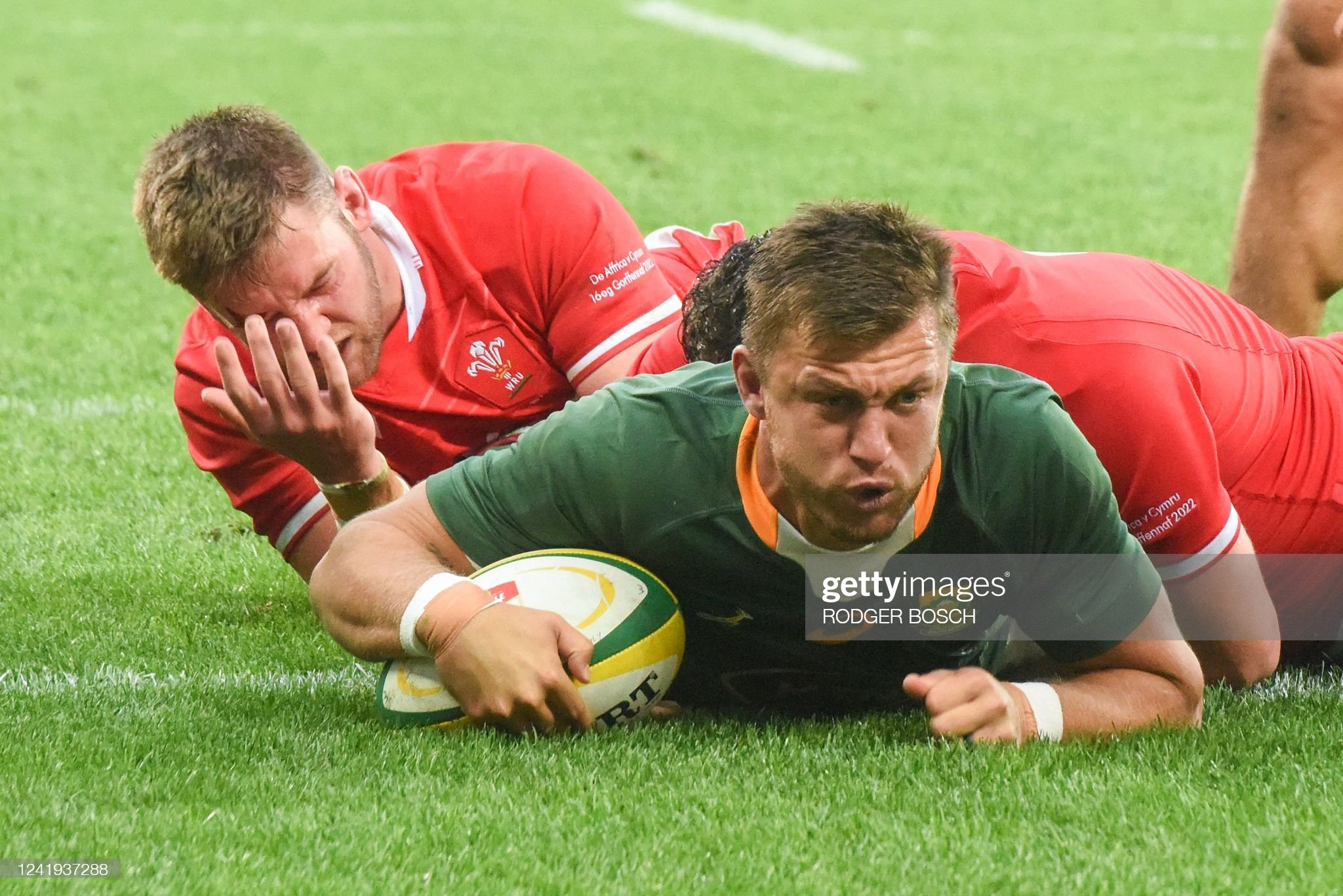 South Africa took the decider 30-14 in Cape Town, with head coach Jacques Nienaber having recalled eight of the Springboks’ 2019 World Cup-winning team after Wales levelled the series seven days ago.

And it worked a treat as South Africa claimed the series 2-1 through tries from Handre Pollard, Bongi Mbonambi and Siya Kolisi, with Pollard kicking three conversions and three penalties for a 20-point haul.

“For us, it was a big step in the right direction,” Wales head coach Pivac said.

“When we get together again for the autumn series, we will be less than 12 months from the World Cup, so we need to build on this tour. I am very pleased that the positives outweigh the negatives.

“The players enjoy rolling their sleeves up and each other’s company. There is disappointment about losing a game of rugby, but, overall, we will have a couple of beers tonight and it will be positive heading into the next series.

“We came here with a goal to try and win a series and we were serious about that. It wasn’t just talk and the players worked really well together.”

Wales’ second Test win in Bloemfontein was their first against the Springboks on South African soil, while they were beaten by Damian Willemse’s last-gasp penalty in the first Test, going down 32-29.

Pivac added: “Obviously, we are pleased to have got the history with the win last week.

“You look at the first Test and there were one or two moments you look back on and think, ‘If only’. We certainly know we played very well on that occasion.

“We were right in the game and then to win the second Test, coming to South Africa I don’t think many people would have predicted those first two weeks.”

Wales battled hard throughout on a difficult surface at the DHL Stadium and their defensive resistance often proved heroic.

But they could only muster a Tommy Reffell try and three penalties from captain Dan Biggar as they missed out on matching series success for Ireland in New Zealand and England in Australia.

“I will say that we’ve loved South Africa. It’s been an absolute pleasure to come here. Everyone has treated us with warmth and I hope that you’ve enjoyed having us here. We’ve loved the country.”

Just four months after losing at home to Italy in the Guinness Six Nations, though, Wales will rightly view the tour as being successful in so many ways, particularly with one eye on the 2023 World Cup.

Biggar said: “We didn’t start particularly well and South Africa had a lot of possession and momentum and got out to a lead.

“South Africa strangled the game a little bit and credit to them for that. It felt like we spent a lot of time in our own half.

“Overall, I would say it will always be disappointing to lose at the end, but to get a win over here is a huge tick. Overall, it’s been a hugely-positive tour.

“From where we came from in the Six Nations (Wales lost at home to Italy in March), I don’t think anybody could have predicted how it went.

“We fell a little bit short after a long season, but we’ve said this is the standard we need to get to now, not the Six Nations, where we fell off a little bit.

“Naturally, Wayne and I will be disappointed with the overall result, but when we are on our holidays in the next few weeks we will look back on this tour with fond memories.”

One thing … having now interacted with Dan Biggar, that oke is a scholar and gentleman

Reflecting on the Springboks’ success, Nienaber said: “It was a final for us, and we just had to deliver. There wasn’t an option of not delivering.

“It was not a polished performance. I thought the set-pieces functioned well, but still there were a couple of hiccups there.

“I think there is a lot for us to work on. We created opportunities, like last week, which we didn’t capitalise on.

“We had a long conversation after last week that we have to learn when we are in control of the scoreboard and there is 20 minutes left, how do we think and get aligned in what we are going to do?

“I think this week we were much more aligned and clinical in almost how to play when we have scoreboard pressure, and the type of style that we have to play to finish off the game.”