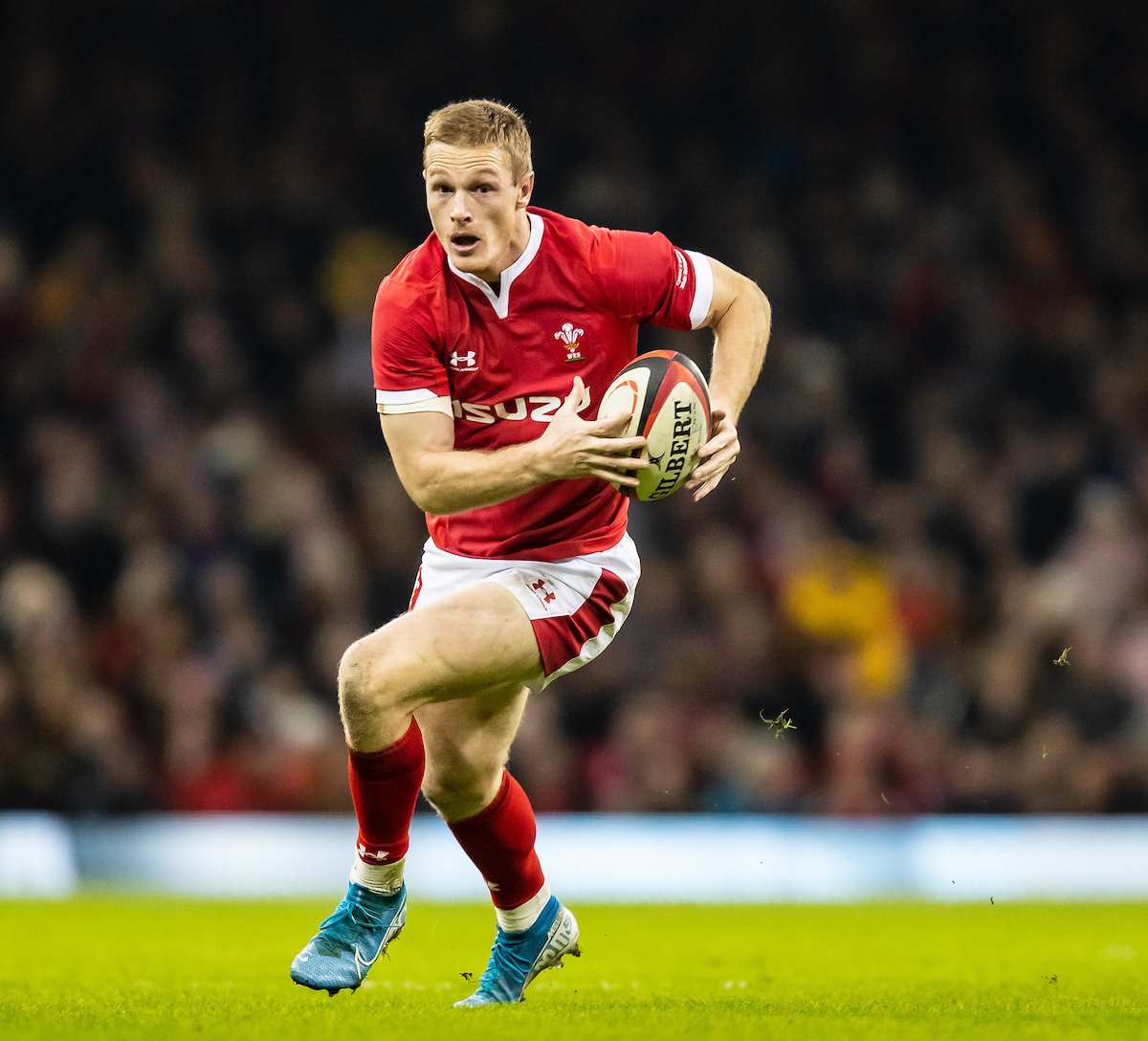 Johnny McNicholl made his Wales debut last weekend, but not everyone was happy about another Celtic Kiwi joining the long list of New Zealanders who have worn other colours than black. Robin Davey argues the sceptics are ignoring the rule book as well as a worldwide trend.

Critics who blast countries for selecting players who have just qualified for an adopted country on the three-year residential rule should pipe down.

Adrian Hadley and Gavin Henson, among others, had a right go at the Wales management, headed up by new head coach Wayne Pivac, for selecting winger Johnny McNicholl against the Barbarians.

It may leave a nasty taste for those who believe something is not right or even ethical about it, but the coaches are not breaking any rules.

All the major rugby playing countries pick players on the perfectly legal basis that once they have lived in a different country for three years they become eligible for their adopted one.

That residency eligibility is soon to be extended to five years by World Rugby – rightly so, in my opinion – but until that happens, coaches are operating within the rules and are going to choose what they believe is the best team.

When Graham Henry was in charge of Wales and was talking about an impending visit by the All Blacks, he famously said: “They pick anyone – Samoans, Tongans, they even pick Eskimos!”

But it didn’t stop former Wales wing Hadley having a blast at the choice of McNicholl, who had just qualified after spending three profitable years for the Scarlets, proving himself to be a try-scoring machine.

Hadley called his selection, “a nonsense” and added: “You can’t spend three years in a country and suddenly decide you’re Welsh. If you’re not Welsh, you’re not Welsh, it’s as simple as that and you should not be selected.”

Hadley also felt age should have counted against McNicholl, especially when Welsh-born and bred players were younger.

“Nothing against him, but he’s 29 and is he going to be around for the next World Cup?” he asked. “On the bench you had Owen Lane who is 21, then there is Hallam Amos who is 25, as is Ashton Hewit, as is Steff Evans.”

Hadley called the three-year qualification “a stupid rule” but the criticism prompted Willis Halaholo to respond, “I have two Welsh-born daughters now. That makes this country solidified in my heart.”

Halaholo is another New Zealander recently qualified after spending three years with Cardiff Blues. He was selected along with McNicholl for the Wales squad against the Baa Baas, but had to withdraw after damaging knee ligaments.

Countries throughout world rugby are littered with examples of players who switch allegiance once they have lived and played in their adopted country for three years.

A highly controversial one came in Ireland on the eve of this year’s World Cup when regular lock Devon Toner was omitted from the squad and was replaced by South African Jean Kleyn, who had only just qualified.

Even World Rugby’s Agustin Pichot, one of the architects behind the decision to extend the qualification period to five years, responded to that one.

“I feel sorry for him (Toner). If I was Devon I’d be asking World Rugby for answers,” he said with some irony considering he is one of WR’s leading officials.

Scotland set another example, selecting – as they often do – three South Africa-born players in props Allan Dell, WP Nel and No.8 Josh Strauss.

And there are numerous examples of Wales going down the same road, way back to Hemi Taylor, Dale McIntosh, Brent Cockbain and Andy Marinos to name a few. It’s probably best to gloss over Shane Howarth and Brett Sinkinson, who both played for Wales but were later found to have no qualifications at all at that particular time.

Head coach Jones fast-tracked him for their South Africa tour, prompting Pichot to intervene again, saying, “The game is losing something”.

But Paul Gustard, England defence coach at the time, justified the decision by stating, “We’re abiding by World Rugby laws.”

And so they are, as is every other coach, including ones in charge of the All Blacks down the years whose teams are regularly littered with Polynesians.

Until the current rule is changed, protesters are wasting their breath.

The law may be an ass, but we are where we are – and coaches have to be supported not slammed for doing something which is perfectly legitimate.