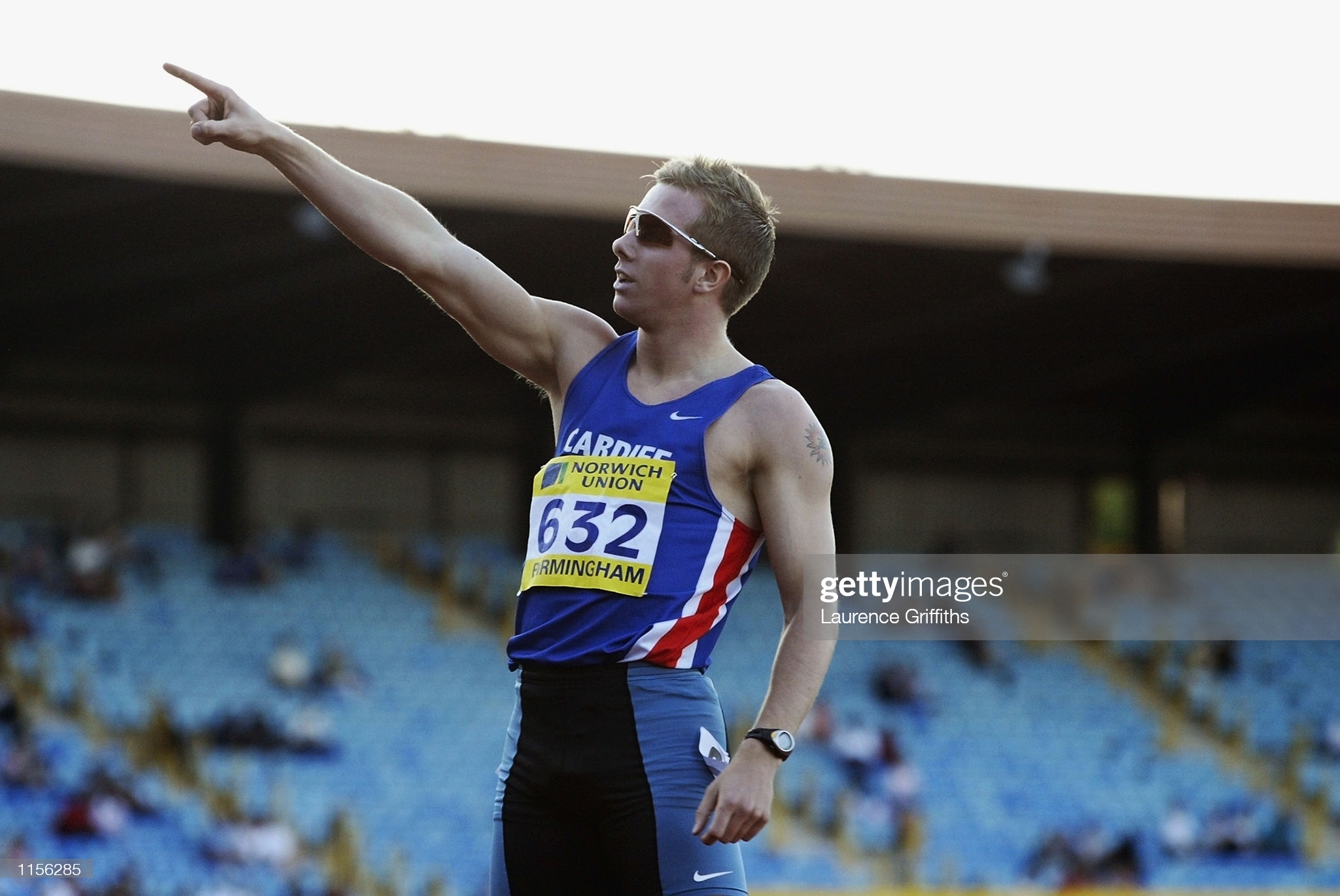 Tim Benjamin has selected his first squad since taking up role of head of long sprints and relays. Pic: Laurence Griffiths/Getty Images

Benjamin, who won a 4x400m silver medal for Wales at the 2002 Manchester Commonwealth Games, is the new head of long sprints and relays.

While Campbell, who moved to Wales in his late teens and won 4×100 gold at the 2004 Athens Olympics will be the head of short sprints and relays.

The decision to split the role of Head of Sprints and Relays into long and short sprints was taken in recognition of the specialist expertise both candidates bring to this event group. Both roles are part time but offer full time coverage.

The pair will work under Olympic head coach Christian Malcolm, himself a former Wales and Great Britain Olympic sprinter who won medals at World and European Championships as well as the Commonwealth Games.

Malcolm said: “These are great appointments for the sport. Darren and Tim bring a wealth of experience to the roles following their successful careers in and out of the sport.

“I am pleased to bring them into the team as we continue to support athletes and coaches to achieve their goals during 2021 and beyond.”

There is a further Welsh connection in the Great Britain coaching team with Chris Jones being seconded to the endurance coaching set-up.

Following a recruitment process for the Head of Endurance role, no appointment was made; instead a wider and longer term strategy for endurance will be driven via a wide consultation across a range of stakeholders.

Welsh national coach Jones will be seconded with the agreement of Welsh Athletics on a two-day a week basis to lead on this project in conjunction with Christian Malcolm and British Athletics performance director Sara Symington.

Rob Denmark will continue on an interim basis to act up as the main point of contact for those endurance athletes targeting Tokyo until after the Games.
Both Benjamin and Campbell, appointed following an open recruitment process, will begin their new roles with immediate effect.

Cardiff-born Benjamin was one of Britain’s finest 400m runners. He retired in 2009 at the relatively young age of 27 after struggling with injuries.

In 2005 he beat the 2004 Olympic champion Jeremy Wariner at Crystal Palace, with a then personal best time of 44.75secs, beating the 45 second barrier for the first time.

He ended 2005 as the European number one after setting another personal best of 44.74 when finishing second to Jamaica’s Brandon Simpson at the Brussels Grand Prix.

With a personal best of 44.56, Benjamin was the highest ranked British athlete in any event in the world rankings in 2005, with second place in the 400m behind Wariner at the World Athletics Final.

Benjamin’s finest performance for Wales came in the 2002 Manchester Commonwealth Games running a magnificent first leg in the Welsh 4x400m relay team which took the silver medal finishing just one hundredth of a second behind the winners, England to set a Welsh record of 3:00.41 which was one of the fastest times in the world that year.

Commenting on his appointment, Benjamin said: “I am delighted to be offered this role alongside Darren. I’ve remained a big fan of athletics throughout my retirement and had always wanted an opportunity to give back to my sport.

“I’ve had 11 years in the commercial world yet my heart has always been here.

“I had a great competitive career and have worked with world class coaches such as Jock Anderson, Tony Lester, Colin Jackson and Linford Christie.

“I’ve been exposed to so many differing approaches and I’ve also made my fair share of errors as an athlete which means I can bring this insight and experience to help support the athletes and coaches I work with in this role.”

Campbell, who moved from Manchester to Aberbargoed in his late teens, is one of Britain’s most successful and recognisable sprinters and coaches.

As well as winning gold in Athens, Campbell also won 200m silver at the Sydney Olympics, as well as a hat-trick of European Championship golds along with World Championship medals and Commonwealth titles.

Since retirement he has become an athletics pundit and specialist sprinting coach, who has also worked with top rugby and football clubs.

Campbell said of his appointment: “I’m really pleased to accept this role and work with Tim, Christian and Sara.

“I felt like it was the right time to get involved with the sport again. I’m excited by the new leadership and the new direction it’s headed in by putting the athlete first.

“I’ve had experience across the board competing, coaching, mentoring and mediating and understand what the athletes and their coaches will be looking for.

“When I was competing, I don’t feel we always got what we needed, and support wasn’t offered properly. I know I can bring that experience and help to ensure athletes have what they need to be successful.

“I’m looking forward to putting my energy into this, giving encouragement to the athletes so they can perform when they need to.”