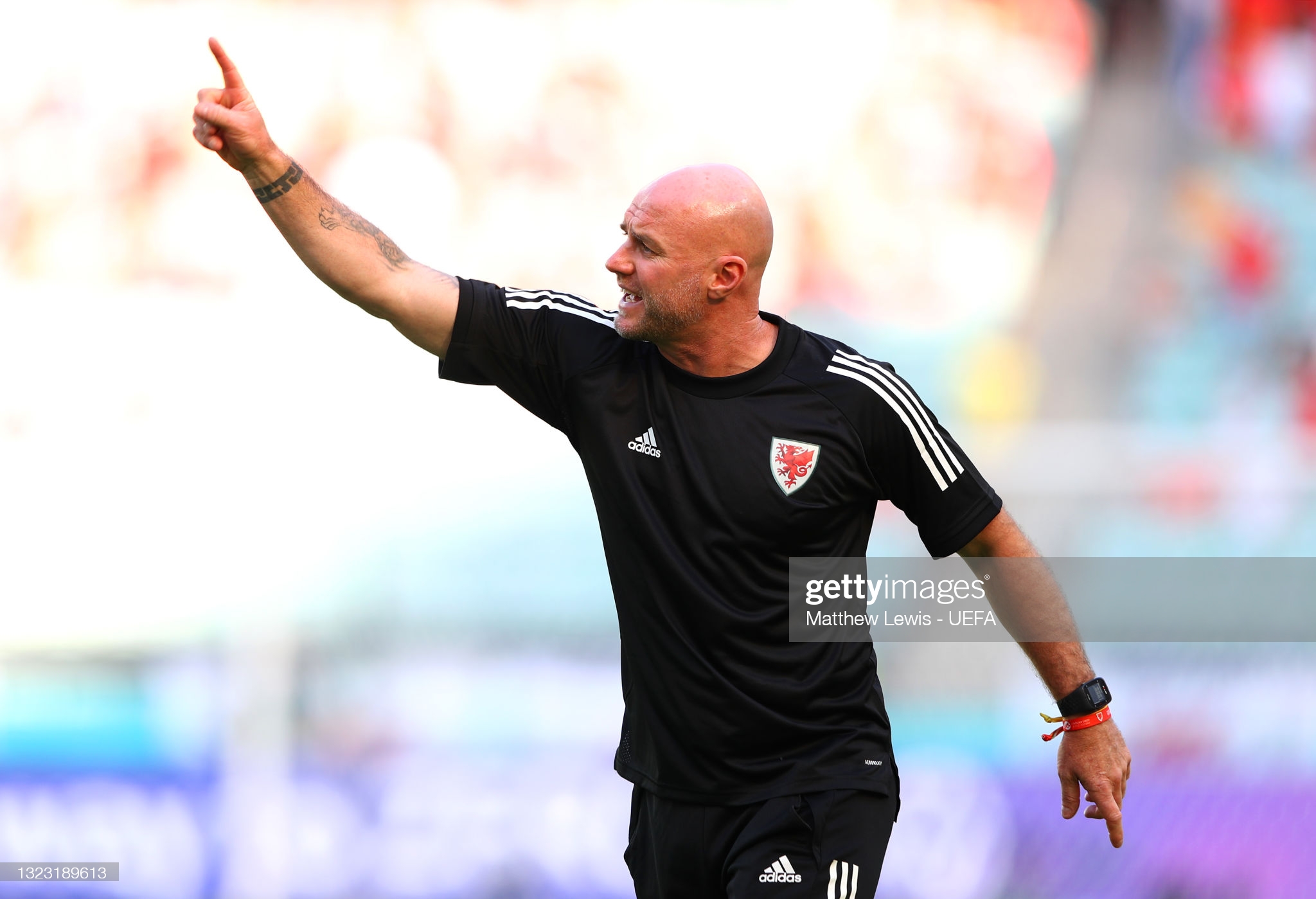 Robert Page insists his Wales players will be happy to put “tin hats on” as they prepare to fight for a place in the knockout stages of Euro 2020.

The caretaker manager is preparing his players for a crunch clash against Turkey in heavily Turkish-populated Baku on Wednesday and then a final group match against Italy in Rome.

Those two games will hold the key to Wales’ progress in the tournament following the opening 1-1 draw with Switzerland – a game that showcased Wales’ durability but also exposed plenty of shortcomings.

“To get off to a positive start was important for us,” said Page after Wales had come from behind to take a point with a goal from Kieffer Moore.

“I’ve said to the players, that’s the foundations now. If we have to dig a trench and put our tin hats on at times we will do it and we proved we can do that as well as play.

“It feels like a win in the changing room. I am so proud of the players. We got a little bit of luck towards the end but that is the start we are after.”

“I am not disappointed by the performance. I thought we were brave on the ball, with Joe Allen dropping back into the penalty spot and playing through was excellent.

“That togetherness and grit the players showed was no surprise to me, I see it day in and day out.

“I’ve said to them that’s the foundations where we go now in this competition. Every game we want to go in to win it and it will be no different on Wednesday.

“If four points is enough (to qualify for the last 16), brilliant. If not we’ll keep going because we don’t fear anybody.

“We respect teams in this competition and if we have to get four points then we’ll be ready and go again.”

Gareth Bale called on Wales to use their opening draw as a “springboard” for success in the competition.

Wales were second best for much of the game in the Baku sunshine, with Switzerland enjoying 64 per cent possession and having double the number of efforts on goal – 18 to nine.

But Moore’s excellent 74th-minute header cancelled out Breel Embolo’s effort just after half-time to earn Wales a point in their Group A opener.

“You go one-nil down and you can really crumble,” Wales captain Bale told BBC Sport.

“We showed our class to keep playing and fight for the goal back. It was a good equaliser.

“We worked hard and it was difficult in the heat as well.

“We showed a lot of fight, determination and character to come back from one-nil down and I’m proud of the boys.

“You don’t lose so you keep going. We have to use this as a springboard for the next game.”

Page had played a false nine in Wales’ warm-up friendlies and left Cardiff City striker Moore on the bench.

But Moore was handed his first competitive start during Page’s tenure and rewarded that call with his sixth goal in 18 appearances for Wales.

The result will place greater emphasis on Wales’ next game against Turkey – who lost their opening fixture 3-0 to Italy – when they clash in Baku on Wednesday.

Switzerland next play Italy in Rome on Wednesday before returning to Baku for a final group game with Turkey.

Substitute Mario Gavranovic thought he had volleyed home a winner six minutes from time as Switzerland recovered from Moore’s equaliser to finish strongly.

But Gavranovic’s effort was ruled out for offside following a VAR check.

Switzerland head coach Vladimir Petkovic said: “We didn’t take advantage of the opportunities we had and we have to be better in the next two matches.

“If we create opportunities in those games we have to be more clinical.

“We were a little bit more passive after they scored, but Wales had to take risks and put in a stronger performance after falling behind.”

On the group situation, Petkovic added: “We have known from the start that Italy are the clear favourites in this group.

“But we haven’t lost any gap to the other teams.

“We are still in this group and we will try to get points against Italy.”