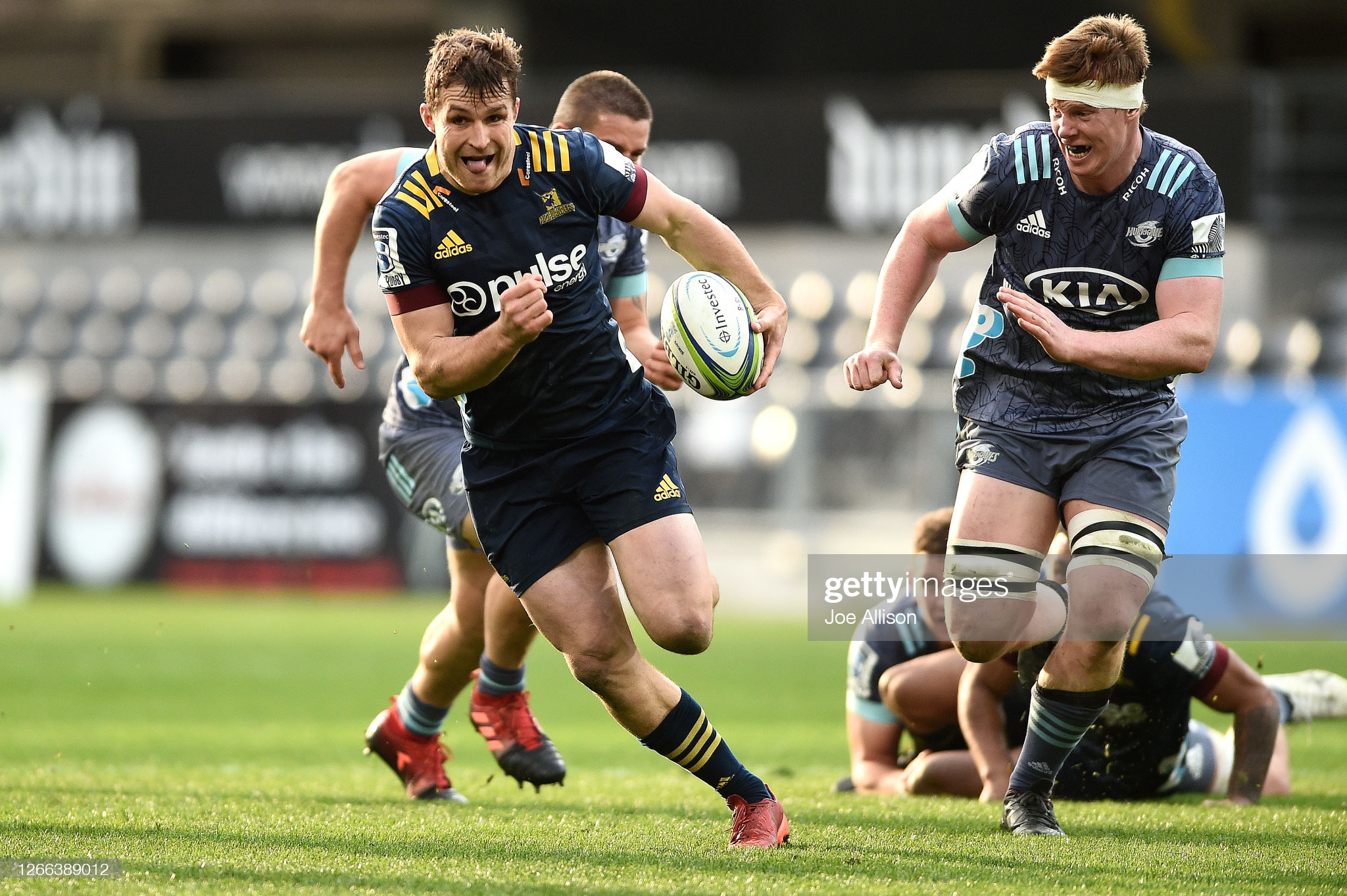 Toby Booth believes the Ospreys have signed another leader with the recruitment of New Zealander Michael Collins.

The 27-year-old – who is eligible for Wales through his grandfather – will move to the Liberty Stadium this summer from the Highlanders on a two-year deal.

The New Zealand Under-20 three-quarter, who can play centre or full back, played in the Blues side that defeated the British and Irish Lions in 2017.

He previously featured for the Scarlets in his first stint in Welsh rugby.

“Michael has a proven track record in Super Rugby and bringing high performing people from other environments brings a fresh perspective and energy which helps us grow,” said Booth.

“He has delivered high quality performances in a multitude of positions for Otago and the Highlanders.

An absolute laser from Mitch Hunt puts Michael Collins over for to finalise the win for the Highlanders.#TryOfTheWeek #SuperRugbyAotearoa pic.twitter.com/4LDKBGgaBn

“He also has experience in Wales and has been a recognised leader on the pitch.

“All of these factors combined puts us in a better position as a squad to improve.”

Collins brings a wealth of experience having captained Otago in Mitre10 Cup rugby and played more than 40 Super Rugby games for the Blues and Highlanders.

He said: “I spoke to Toby Booth a while ago and this is a different challenge for me. It’s one I have tasted before and he just sold me on his plans for the team.

“The Ospreys are a pretty young side at the moment and they are a group who are improving and that was just an exciting challenge for me.

“Having watched them from afar this season, the Ospreys are playing quite extravagant rugby and that is exciting too.

“It’s all about adding to the Ospreys environment and playing my role in a set-up which is on the up.

“To come to an improving team where there has been some success, in terms of Champions Cup qualification, is just exciting.

“Every player wants to play at that kind of level because we are all competitive people and we want to test ourselves against the best elite players who play in that tournament.”

The Scarlets recorded their first victory of the Guinness PRO14 Rainbow Cup with a 22-6 win over the Ospreys in atrocious conditions in Llanelli at the weekend.

A first-half try from tighthead prop Alex Jeffries along with a 17-point haul from Wales full-back Leigh Halfpenny was enough to get the Scarlets over the line.

All the Ospreys could muster was six points from the boot of Luke Price.

The Scarlets recorded their first victory of the Guinness PRO14 Rainbow Cup with a 22-6 win over the Ospreys in atrocious conditions in Llanelli.

A first-half try from tighthead prop Alex Jeffries along with a 17-point haul from Wales full-back Leigh Halfpenny was enough to get the Scarlets over the line.

All the Ospreys could muster was six points from the boot of Luke Price.

There was little between the teams but Dragons will rue a host of missed opportunities when their opponents were down to 13 men for a 10 minute period in the second half.

Josh Adams and Teddy Williams scored tries for the Blues. Ben Thomas kicked a penalty and a conversion with Jarrod Evans adding a conversion.

Wales will play three summer Tests in Cardiff this July as revised international fixtures have been announced.

Wayne Pivac’s side will face Canada (July 3) and back-to-back games against Argentina (July 10 & 17) at Principality Stadium.

These Tests replace the scheduled summer tour to Argentina which has had to be cancelled due to the on-going COVID-19 pandemic and uncertainty around travel restrictions.

The Pumas will now travel to Cardiff for two Tests against the Six Nations Champions.

Wales will kick off their summer campaign on July 3rd at home to Canada. The Canucks who are coached by former Wales captains Kingsley Jones and Rob Howley will visit Cardiff for the first time since 2008.

“We are looking forward to this summer, the opportunity it presents, and we are delighted to have three tests confirmed,” said Wales head coach Wayne Pivac.

“It is disappointing not to have the opportunity to tour Argentina, especially on the back of our 2020 tour to New Zealand being cancelled, but in the current climate it is completely understandable.

“What is important is we have games and as we have said all along, this summer is a huge opportunity for us. We are delighted and proud to have 10 players selected for the British & Irish Lions, it is reward for all their hard work and we wish them all the best this summer.

“With those players away we always earmarked this summer as an important development opportunity for us.