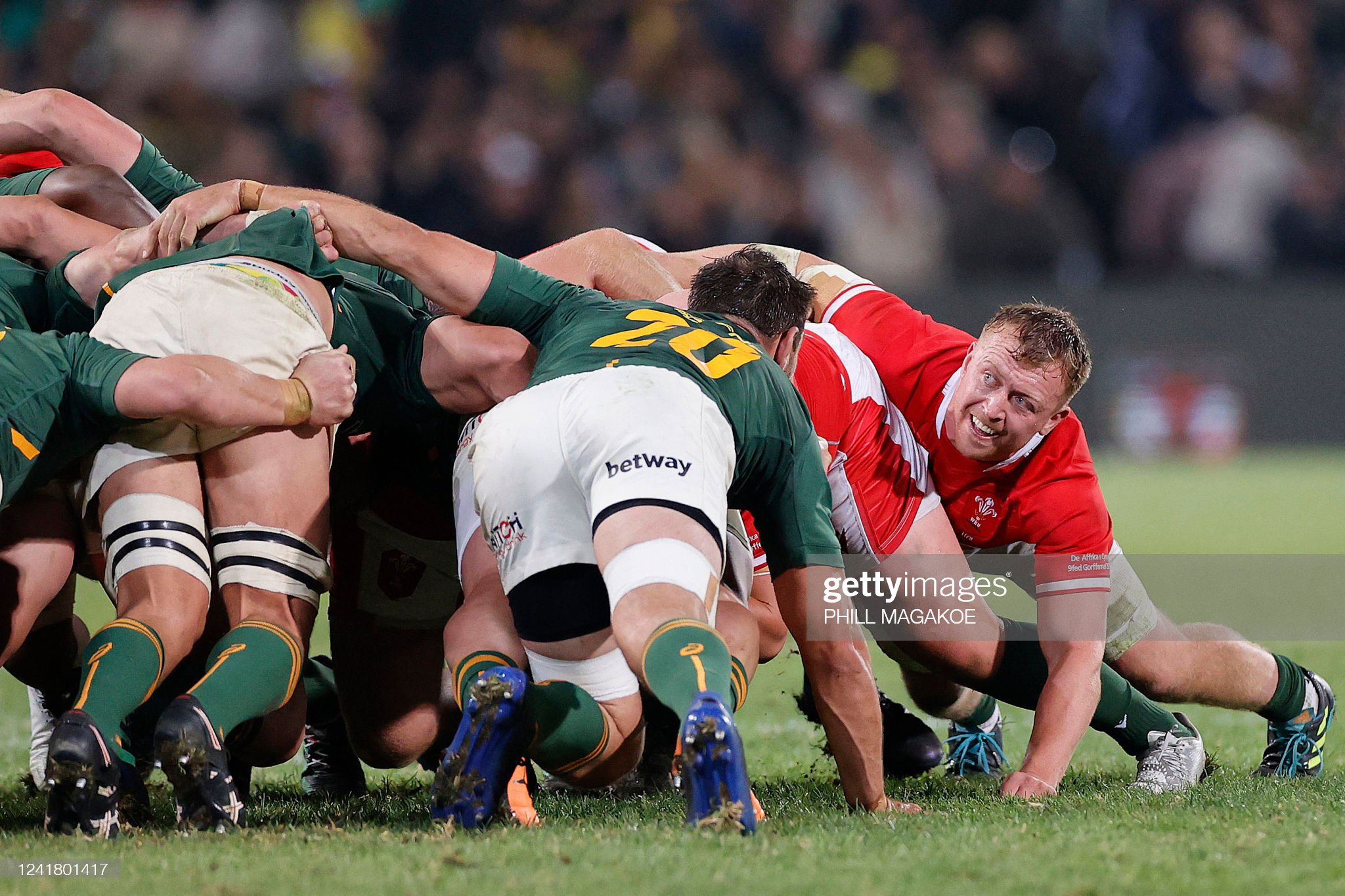 Tommy Reffell has been backed to bring the eye of the Tiger into battle for Wales against the Springboks this weekend.

The seal of approval has come from Adam Jones, whose time coaching in England with Harlequins has given him plenty of insight into the emergence of Reffell.

The 23-year-old Wales flanker made an impressive debut for Wales in defeat to South Africa in the first Test and backed that up with a man-of-the-match display a week ago as the tourists levelled the series.

Now, as the tour moves to the decider in Cape Town, Jones believes it is the emergence of Reffell at Leicester Tigers that is proving invaluable for coach Wayne Pivac and his men.

“It is tough sometimes to make that leap from club rugby to the international game as we have seen with different players,” says former Wales and Lions prop Jones, ahead of the third Test, highlights of which will be screened of S4C.

“But Tommy has got that bit of niggle and physicality about him. He is not scared to put himself about.

“Playing for Leicester means he is up against Ellis Genge and Dan Cole and those types of guys in training.

Wales hope to complete a stunning transformation from the laughing stock of rugby to conquerors of world champions South Africa by winning the series-deciding third Test in Cape Town on Saturday. | @Sport24news https://t.co/0YzqpFLCqR

“It has benefitted him and he was one of the stand-out sevens in that league this season. It’s given him those leadership attributes.”

Reffell made his senior debut for Leicester in an Anglo-Welsh Cup defeat at Bath in November 2017 then led Wales in the Under-20s Six Nations and throughout the World Junior Championships in 2018 despite being in his first year at that age group.

The Pencoed product began his career with the Ospreys U16s before switching to the Tigers’ academy and making such an impression there was talk of England trying to convince him to wear the red rose once he had qualified on residency.

Instead, even though he missed out on a first cap when he was overlooked for Wales’ tour of Canada and Argentina a year ago, he has made a huge impact in his first two Tests in South Africa.

Jones believes Reffell and the other Wales youngsters to have caught the eye, such as Sam Wainwright, can take much from the momentum swing in the series.

“It’s going to be a different challenge for this third and final Test, the boys will know that, but the confidence they will have taken from winning the second Test will be tremendous.”

While Pivac has used continuity as his watchword on tour, and has made just once change  to the team that won 13-12 in Bloemfontein a week ago, the hosts have made 10 changes.

Wales ‘will leave it all out there’ as they chase historic South Africa series win https://t.co/AzaZaQvMVW

That follows the 14 changes Springboks coach Jacques Nienaber made for the second Test, as all his leading lights are flicked back on again for the series finale.

Much was made of the alleged disrespect shown to Wales before last week’s game, but Jones believes Nienaber will not be too dispirited with the way the series has unfolded.

“You obviously don’t want to lose but he will be happy enough,” adds the Quins forwards coach, who played 12 Tests against South Africa within his tally of 100 Test caps.

“He clearly didn’t want to become the first South African coach to lose a Test match at home to Wales, but he has exposed another 10 players to Test match rugby, a year out from the World Cup.

“If he had won, it would have been no surprise and the fact he lost is set against the background that everyone knows it wasn’t their first team.

“They will now rock up with their first team, but the confidence Wales will be drawing on from last week should be phenomenal.”

Owen Watkin is hoping to complete the job and win the test in Cape Town! 🇿🇦

That self-belief, says Jones, should be fortified by the fact that Wales are now playing at sea level in Cape Town after two games at altitude.

“This time, they have gone about that backwards. Going to Cape Town for the final Test, the Welsh players’ lungs will not be burning as much.”

Tigers flanker Reffell plays alongside Dan Lydiate and Taulupe Faletau in the Wales back row and will come up against clubmate Jasper Wiese who returns to the Springboks line-up.

Extended highlights of the third test between South Africa and Wales in the Summer Series, from the DHL Stadium, Cape Town.