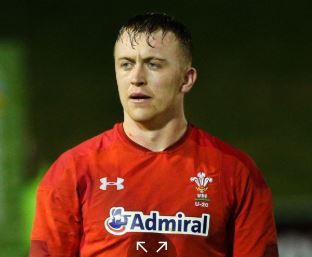 Wales Under 20 skipper Tommy Reffell says his side are itching to get back into action in Italy this weekend after their 32-10 opening Six Nations defeat against France in Vannes.

Reffell’s men briefly led 7-3 in the first half and looked set to go into the break at 10-10 before the French struck on the stroke of half-time.

A third try eight minutes into the second half moved them clear and a fourth in the last move of the match earned them a bonus-point.

But Wales emerged with huge credit from the way they went toe-to-toe with the reigning Six Nations and World Under 20 champions.

“It was awesome to play in front of a sell-out crowd and against a great team. We are disappointed, but we can take a lot out of it,” said Reffell.

“We still thought we were in touching distance at half-time, but credit to them they are a really good outfit. They probably felt they needed to go up a gear in the second half and they did.

“They had a big impact off the bench and I think they will push on and do well in this tournament. We need to push on and build on the positives.

“We are almost there and we thought our fitness levels would come through in the end. Italy beat us last year and now we have to go over there and right some wrongs.”

Reffell led from the front and had a very able deputy in his back row colleague Taine Basham. The Dragons No.8 met fire with fire and fought out a great duel with his highly rated opposite number, Jordan Joseph of Racing 92.

“We matched them physically and I think we shocked them a bit. But a few individual errors, myself included, let them back into the game,” said Basham.

“We can be proud of that first-half performance. The next game is a must win game for us now and we owe Italy one after they beat us in Wrexham last year.”

There was plenty for the Welsh coaches to feel pleased about in a highly competent and competitive performance in which Cardiff Blues scrum half Jamie Hill, a last minute starter in place of Harri Morgan, stood out.

Wales now got to Italy to face a side that beat them in north Wales last season.