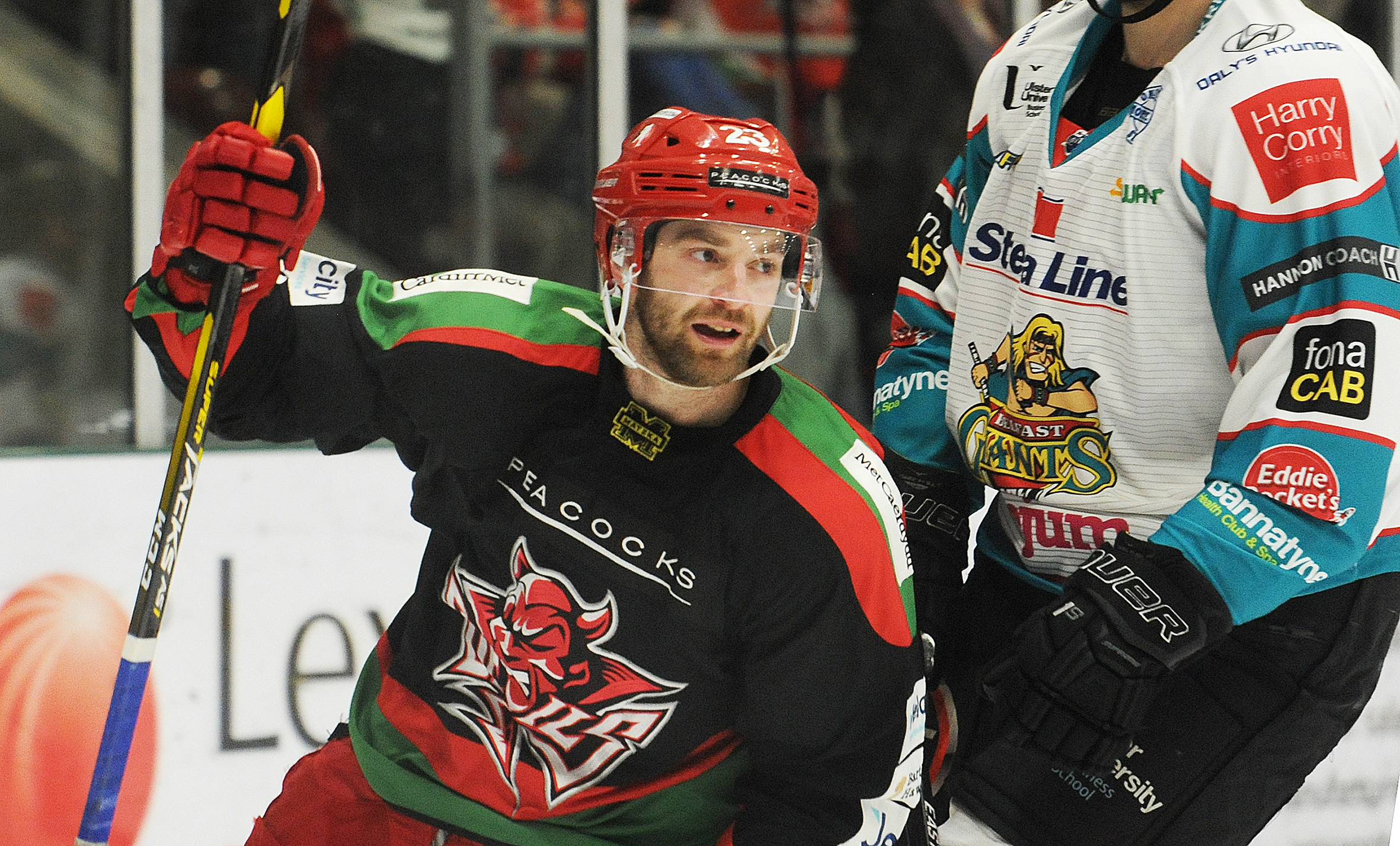 Former St Louis Blues goalie Barraso had been in charge of the Steelers team just over a week when they were thumped 7-1 by Devils in Cardiff Bay.

Steelers are out for revenge when the rivals clash again at Sheffield Arena on Wednesday (7.30pm) when a win for leaders Cardiff would put them 11 points clear of second-placed Belfast Giants.

“We haven’t played Cardiff since early in my tenure and they absolutely made us look silly,” said Barraso. “We didn’t have any grasp of our systems or what we were trying to accomplish at that time.

“We feel much more confident of that now. Hopefully that will show in our performance.

“We’ve been competitive with Belfast every time we’ve played them and they are up at that level with Cardiff.”

Devils took their winning run to nine matches by beating Giants 4-2 and 5-2 last weekend and they have not been beaten in 2019.

“It’s a big week for us,” says Elite League player of the week Layne Ulmer. “While confidence is high after the wins last weekend, we know Sheffield is not an easy place to go to. We have to keep doing what we know it takes to win.”

Steelers have won four of the last five fixtures on their own ice.

Devils have four successive away games now, starting in Sheffield and followed by Nottingham Panthers, Fife Flyers and Manchester Storm.

While Devils are on the road this weekend, Cardiff Fire have back-to-back National League fixtures at the Viola Arena in Cardiff Bay.

Guildford are the visitors on Saturday (6.30pm), while Fire entertain Oxford City Stars on Sunday (6pm).

“It’s a trophy we’re building towards and we want to win,” says Panthers forward Luke Pither. “It’s a huge game. We’ve got to treat it as if it’s one of the biggest games of the season.”