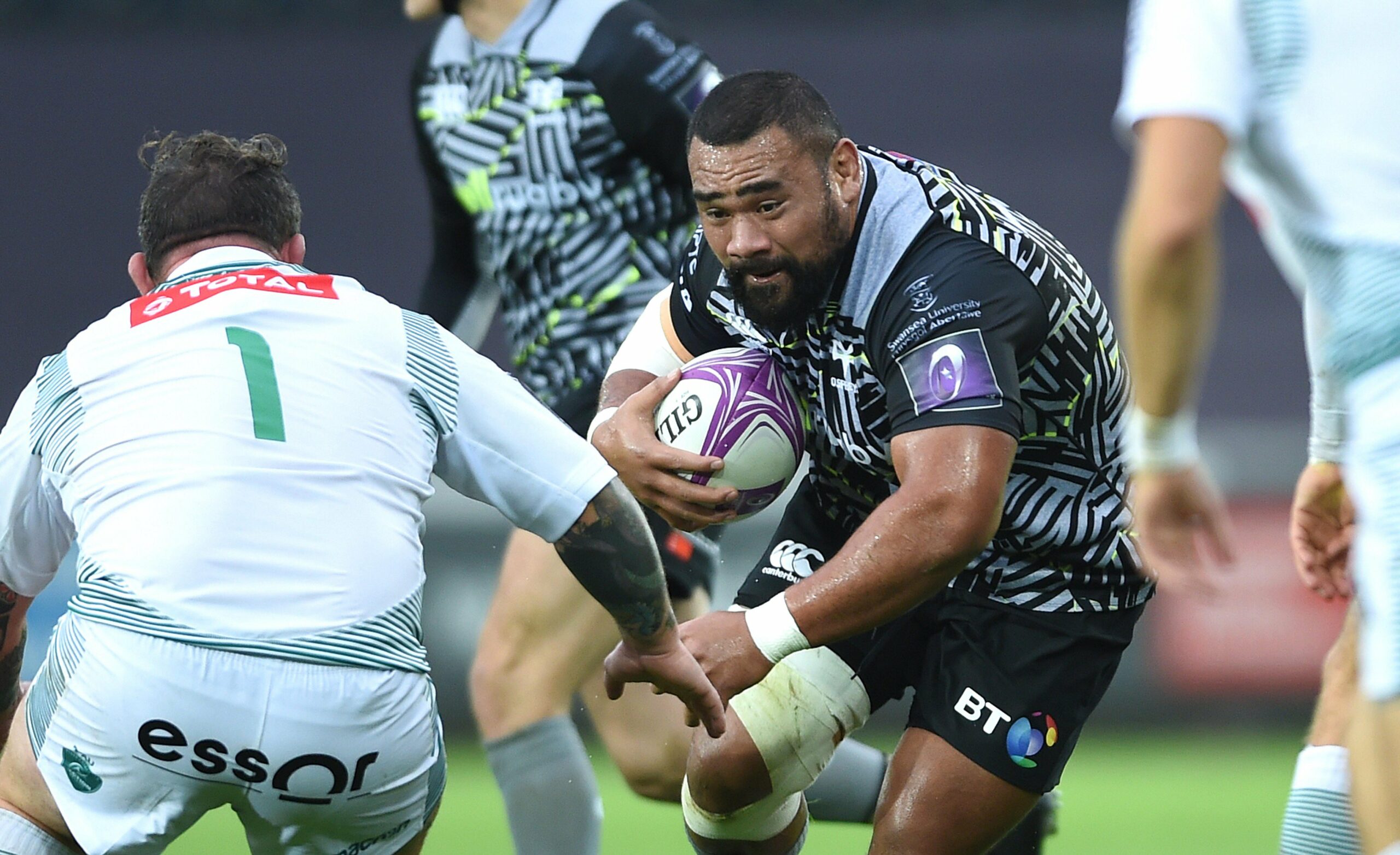 Ospreys prop Ma’afu Fia has called on Welsh rugby to help support his homeland of Tonga in the wake of the volcanic eruption in the South Seas.

Fia wants governing bodies to help arrange benefit games aimed at raising cash for his island nation which has been covered in ash and where food and drinking water have been contaminated.

“I’d love to see the governing bodies and clubs come together to help us to perhaps put on a game that raises funds for our homeland. That would be a huge statement and a huge benefit,” said Fia.

🏴󠁧󠁢󠁥󠁮󠁧󠁿🇹🇴 England will face the Combined Nations All Stars in a Mid-Season International this June and, in partnership with @oxensportsuk, the All Stars will play in a special jersey to raise funds to aid those affected by the tsunami in Tonga.

“We’d certainly all be up for that and be proud to take part. It would help to create the awareness we need to let the world know the problems the people of Tonga are now facing.”

Fia – who is one of two Tongans at the Ospreys, alongside hooker Elvis Taione – admits he was in a state of shock when he finally got to see the devastating effects of the volcanic eruption near his home country.

It took three days before the Ospreys forward was able to establish that his relatives on the Pacific island were all okay.

There was no loss of life for him, but the fall-out from the 23-kilometre high ash cloud has caused major problems.

“Everywhere is just black and white, you can’t see any greenery. There is a shortage of food, of water and it could take months or even a year before things get back to normal,” said Fia.

When you are 10,000 miles away it is difficult to know what to do to help your fellow countrymen.

Fia, like so many of the Tongan rugby players plying their trade in the northern hemisphere, wants to do his bit.

“We have our own way of life and our own culture. Our way of life is sharing and caring for each other,” added Fia.

“That has started to shine through and we want to do something that can make a difference. There are things being done individually around the UK, but we probably need a more concerted effort to ensure we make the biggest impact.

“Food, water and clothing are probably the biggest things we can help with at the moment. My home village wasn’t too badly affected by the waves from the tsunami, although most of the shoreline buildings are down.

“Tourism is very important to the country’s economy and there will have to be a lot of reconstruction after this.”

Born in Tofoa, the 32-year-old Fia’s mother and father live in New Zealand, but his aunties and uncles are still in Tonga. He also still owns a house there.

When he first saw the scenes from the island he said a prayer for those who had been affected. Now he wants to do something more.

“Elvis Taione and I want to do what we can to help. We’ve been looking at what the Wasps player Malakai Fekitoa has been doing and we’ll be liaising with him and others to ensure we can do the right things,” added Fia.

“The rugby community has already supported Malakai’s fundraising efforts and I hope it will continue to do so. There are so many Tongan players in Europe who play at so many clubs.”