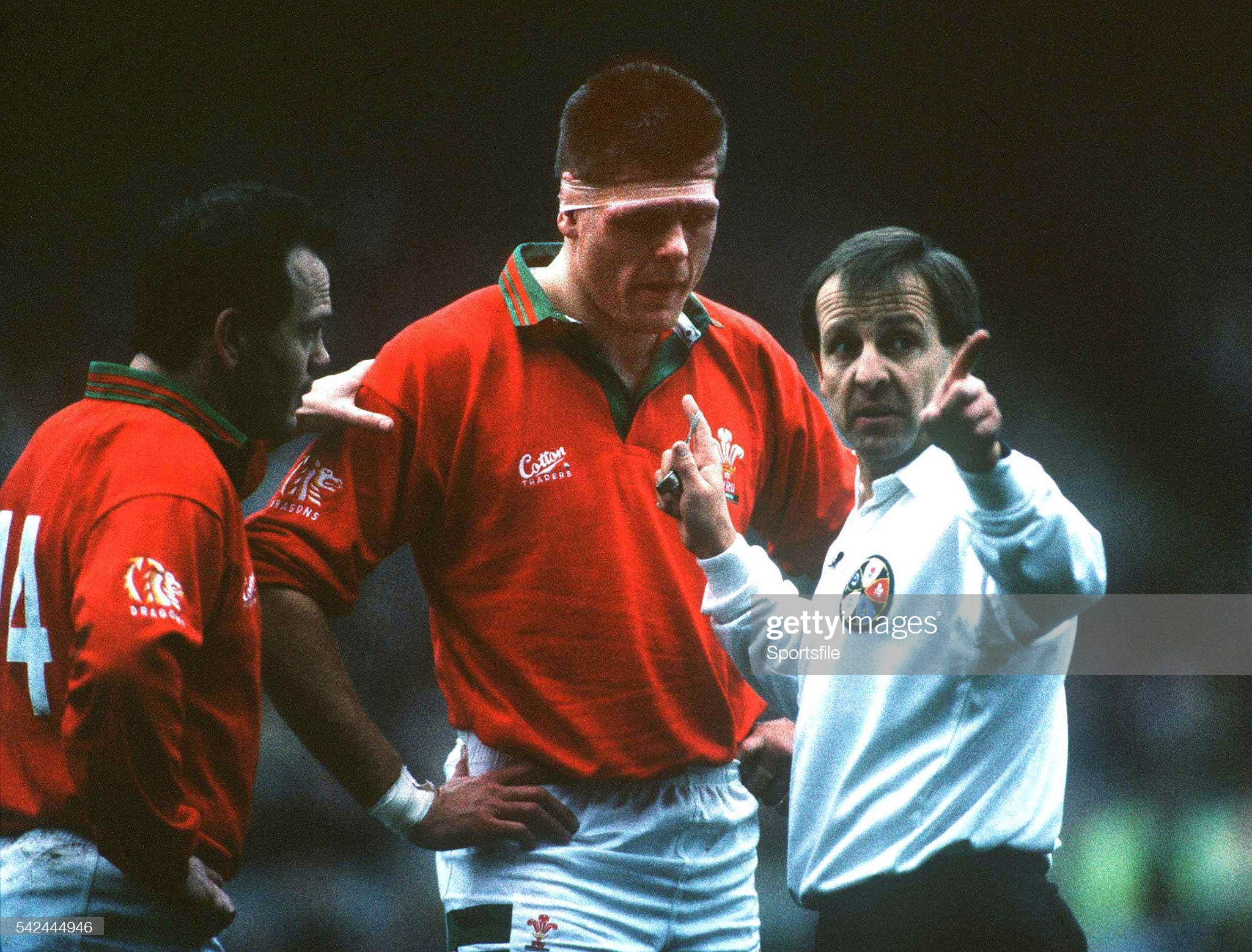 It is 30 years ago that Tony Copsey announced himself on the international scene with a thumping Five Nations debut for Wales in a win over the Irish in Dublin.

No-one there that day has ever forgotten the haymaker that knocked out his opposite number, Neil Francis, at a breakdown after a line-out. The Romford-born Welshman certainly made his mark.

In modern times his punch would have been a straight red card, no doubts about that, but back in 1992 things were different.

There were no spies in the stand, no TMOs and no citing officers – what chance did Fred Howard have?

Copsey has long since made his peace with Francis and this weekend he will be back in action in the championship when he does his bit to help raise money for the Doddie Weir Foundation.

The winners of the game between Wales and Scotland these days picks up the Doddie Weir Cup and the match ball for the big game is being taken by a team of cyclists from Murrayfield to the Principality Stadium.

The now 57-year-old Copsey is one of the Welsh players who have pledged to take part in the 520-mile cycle ride from the Scottish capital to the Welsh equivalent. The lycra-clad, 6ft 5in Copsey can’t wait to get his pedals moving forward as part of the Doddie Cup 500.

Weir was one of his international and English Premiership rivals when they were both playing. The two of them hit it off in the right way.

“Doddie was never a dirty player, but he was still a right handful to play against in many other ways. We came up against each other for both club and country,” said Copsey.

“He had a great career with Scotland, the British & Irish Lions and Newcastle Falcons and now you can’t fail but be inspired by how he is coping with his current adversity.

“I’m very proud to be taking part in the fund-raising event for his foundation ahead of the Wales v Scotland game.

“I hope we can reach our target of raising £5,000 through our efforts. It is going to be hard going physically for the cyclists.”

Copsey is going to be the elder stateman in a Welsh quartet that also includes Colin Charvis, Ian Gough and Alix Popham.

His plan is to get ironman veteran Gough and young buck Popham to take the lead on all the tough parts of the route.

Former Scotland stars Rob Wainwright and Ivan Tukalo are also taking part in the event and everyone is hoping it will be a great pay day for Weir’s charity, which helps fellow suffers of Motor Neurone Disease.

“I’m sure that Doddie, like me, wishes he could be a second row playing in the current era. They are super athletes these days who make such a big impact on games,” added Copsey.

We are 4 ex-Wales rugby internationals. On the 10th – 12th Feb we will be riding 500 miles from Murrayfield to the Principality stadium raising money for @MNDoddie5 #teamdragons pic.twitter.com/ddvTckgvTA

“They influence almost every aspect of the game with their technical ability at the set-pieces, their power at the breakdown and their skills in the wide open spaces.

“I reckon I played my best rugby when I was at Saracens and that came just after the game went professional. It meant we had more time to train and more time to hone our skills.

“All of a sudden, second rowers went from being head-down, arse-up shove merchants to being something more refined and sophisticated.”

There will be nothing sophisticated about the effort put in over a two-day period by so many former international players to raise funds for Weir’s foundation in the two days before the game between Wales and Scotland.

It will be hard graft all the way. The route to Cardiff will see them stop at the following rugby clubs: Selkirk, Penrith, Preston, Birkenhead, Ruthin, Dolgellau, Aberystwyth, Talgarth (Gwernyfed RFC), Gloucester, Chepstow and Newport.

We’ve had a few requests for the route. I couldn’t get the hyperlinks to work in the attached image but if you type them into your browser you’ll see exactly where we’ll be riding for each leg. We’d be delighted to see any of you along the way. https://t.co/R09nEFaYIv pic.twitter.com/ew54j7pp7y

All have been inspired by their old team-mate/opponent Weir and his fight against MND. They will all be cycling for two days along the cold and dark winter roads to raise funds for the My Name’5 Doddie Foundation.

Riders last year averaged three hours of sleep across 48 hours during the grueling challenge, which saw them maintain speeds of 15mph to deliver the match ball on time.

It promises to be an epic journey with a wonderful outcome. You can support the Diddie Weir 500 challenge via Just Giving.