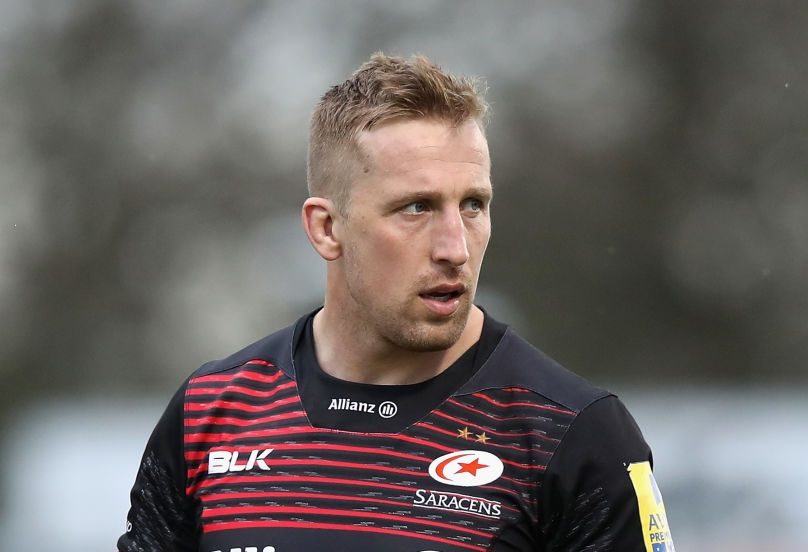 Dominic Day has warned his Saracens team-mates the Cardiff Blues will be no pushovers when the Welsh region visit the English champions on Sunday.

The Blues go to Allianz Park to take on the most powerful team in the Gallagher Premiership, a side that last lost a game eight months ago and are unbeaten at home since February.

The Blues, by contrast, have lost four of their last five matches and few will expect them to create a Heineken Champions Cup upset this weekend.

A defeat for John Mulvihill’s team, who have so far won once and lost once in Europe, would seriously undermine their chances of progressing from Pool Three.

But Day, the much-travelled Welsh second row who joined Sarries from Melbourne Rebels a year ago, insists: “Cardiff are going to be difficult to play.

“They have a nice attacking style of rugby which is always good to watch, so it’s something we have to be really wary of.

“They have some big ball carriers in Nick Williams and Samu Manoa and a couple of others.

”A lot of the regions have taken some stick for underperforming, But the Blues won the Challenge Cup last year, which is awesome, and the Scarlets won the league the year before.

“So, things are definitely on the up. Wales have won nine or 10 games on the bounce now which is good going into a World Cup year, so it’s exciting.

“We’ll do our bit and prepare as well as we can to get a good result.”

Day, 33, began his career with Llanelli before graduating to the Scarlets where he won three Wales caps in 2015.

He then moved on to Bath, Toyota Verblitz in Japan and on to Australia with the Rebels before joining the most successful club in England, where he is a team-mate of Liam Williams.

“It’s been awesome. I’ve probably enjoyed my rugby more now as I’ve been injury free and I’ve been able to get out there, train every day, play on the weekends and I’m just really enjoying it.

“It always helps when you’re winning! We’ve had some really close games this season and to come through them and win them, sometimes in the last few minutes, has been a really awesome experience and we’ve really grown as a group.”