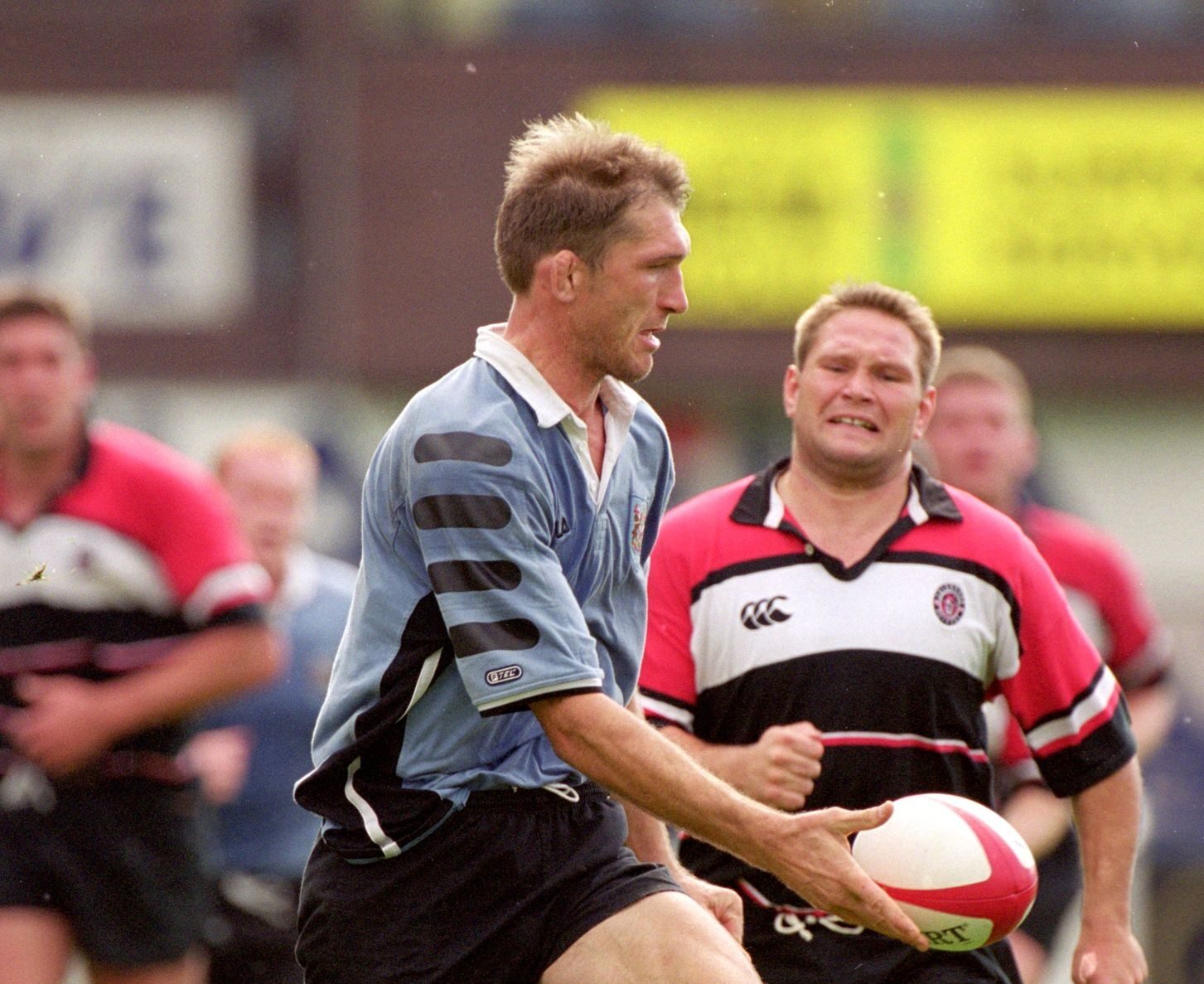 Owain Williams in action for Cardiff in 2000. Pic: Getty Images.

Tributes have poured in for former Cardiff Rugby back-row forward Owain Williams who has passed away at the age of 56 after a battle with cancer.

Williams made 221 first-team appearances for Cardiff and established himself as a hugely popular figure at Cardiff Arms Park in a fine playing career.

He also won one cap for Wales against Namibia in June 1990.

Williams was born in Ogmore-by-Sea and was educated at Brynteg Comprehensive School – an establishment which has produced countless Welsh internationals.

His rugby talent was obvious and he was a star of the Wales Under-18 side who won a Grand Slam in 1983.

He went on to have a fine career with Wales’ capital side and his son Teddy is a current member of the Cardiff Rugby squad.

The region said in a statement: “It is with great sadness that we have learnt of the passing of Owain Williams following a long battle with cancer.

“Owain made 221 first-team appearances for the club and established himself as an Arms Park legend.

“Our heartfelt thoughts are with Teddy and the Williams family.”

It is with great sadness that we have learnt of the passing of Owain Williams following a long battle with cancer.

Our heartfelt thoughts are with Teddy and the Williams family 💙🖤 pic.twitter.com/jjBne9i2iO

Cardiff Rugby Life President Peter Thomas said: “The thoughts of everyone at Cardiff Arms Park are with the family and friends of Owain at this incredibly sad time.

“His career spanned from the amateur to the professional era and he was always one of the very first names on the team sheet back in 1996 due to his diligence, professionalism and athleticism.

“To this day, Owain is undoubtedly one of the best back-row forwards Cardiff has ever had. He was a wonderful player and person.

“He will be sadly missed by all of us, particularly at such a young age. He was a very special player and was respected by everyone he played with or against.”

“To this day, Owain is undoubtedly one of the best back-row forwards Cardiff has ever had. He was a wonderful player and person.

“He will be sadly missed by all of us, particularly at such a young age. He was a very special player and was respected by everyone he played with or against.”

Williams had a four-year spell with Glamorgan Wanderers after a season in Australia in which he played for the Wests club in Brisbane and appeared for Queensland against both New Zealand and England.

After returning from the southern hemisphere, Williams featured for Bridgend for four years and his proudest moment came when he played for Wales against Namibia on their summer tour of 1990.

His one and only Test came at Windhoek on June 9 of that year. Williams also captained the Wales Sevens side.

All at Bridgend Ravens are deeply devastated to hear of the passing of one of our finest former players, Owain Williams.

Our thoughts are with Owain’s family at this incredibly difficult time 💙 pic.twitter.com/YFqg4Jerc2

Welsh Rugby Union Head of Participation Geraint John tweeted: “So, so sad. He was one of the best. A fantastic rugby player but an outstanding person and family man.

“Thoughts and prayers with his family and friends from myself and everyone @WelshRugbyUnion @WRU_Community. So sad.”

He played in the first Heineken Cup final in 1996 when Cardiff faced Toulouse at Wales’ old National Stadium.

He also played in the last game at the ground as Cardiff beat Swansea in the Welsh Cup final.

He wrote on Twitter: “Absolutely tragic news. What a player he was, only really appreciated by the guys who played with him.

“Great reader of the game and brilliant in a squad environment with his quick dry wit. My prayers and condolences are with Angie and the boys.”

Former Wales forward Emyr Lewis wrote: “Such sad news. A real character on and off the pitch and a wonderful player. Loved being in his company and his banter thoroughly enhanced my enjoyment and experience @Cardiff_Rugby.

Incredibly sad to hear about the passing of former team mate Owain Williams. We had such an amazing time playing for @Cardiff_RFC in the 90’s alongside top quality players who were also great men – Owain was certainly one of them. RIP mate 🏉 🔵⚫️ pic.twitter.com/k00z4A3iGX

“My sincere condolences to his family. You will be missed big man. RIP Ows.”

Williams’ elder brother Gareth was also a back-row forward who played for Bridgend and Wales and went on the 1980 British & Lions tour of South Africa.

Extremely sad 2 hear of the passing of Owain Williams. A fantastic back rower & great guy with a brilliant sense of humour. Fond memories of his time at CRFC & roommate on The Namibia Tour, gaining his 1st International Cap in The 2nd Test. RIP Owain you’ll be Sadly missed by all

He passed away in 2018 at the age of 63 after a lengthy battle with multiple system atrophy – a rare neurological illness.

In 2006, Owain Williams – who retired in 2001 – had to have surgery to remove his eye and in the years since he underwent treatment for cancer.

It didn’t stop the father of four from following rugby with two of his sons – Teddy and Henri – who are both involved in the professional game.