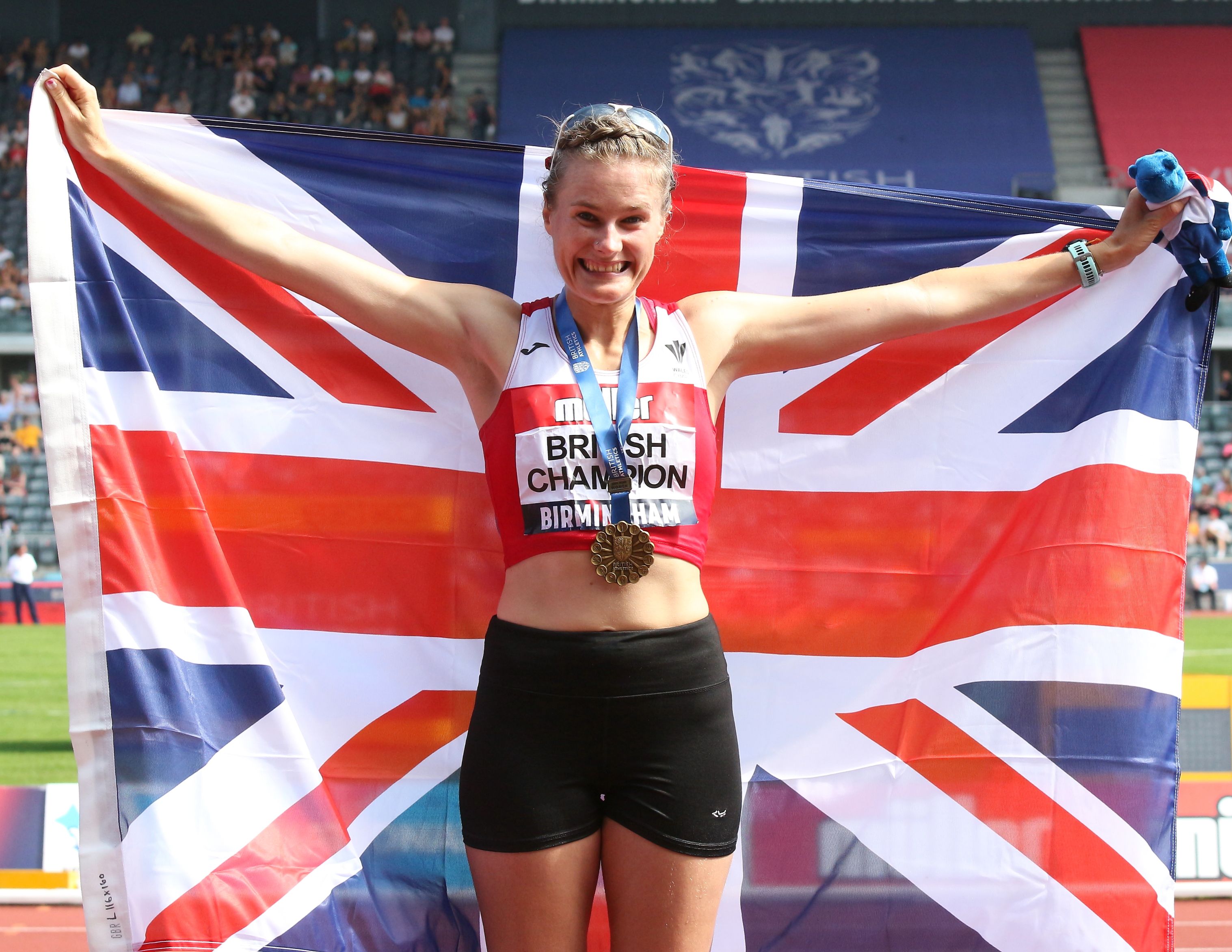 Bethan Davies made it a hat-trick of 5000m race walk British titles in sweltering conditions in Birmingham on Sunday.

The Cardiff Athlete produced another typically dominant display to outclass the rest of the field and take her third consecutive British Championship win in a season’s best time of 21:56.45.

Davies will now turn her attention to next weekend when she bids to clock a qualifying time over the 20k distance for next month’s World Athletics Championships in Doha.

Having finished second at the British trials in Leeds at the end of June, Davies will book her place in the Great Britain team if she clocks the qualifying time of 1:33.30 in Switzerland next weekend.

With the deadline for valid qualifying teams running out at midnight next Sunday, Davies has one chance to nail the qualifying time, which is well within the ability of an athlete with a personal best of 1:31.53.

The  Welsh Commonwealth Games athlete struggled for form earlier in the season following a virus, but she feels Sunday’s gold medal win over the 5,000m distance is an indication that things are coming together just in time.

Speaking after the race, Davies said: “I’m really proud. It’s been a tough year for me, so it’s really nice to be picking things up towards the end of the season.

“Next weekend is my last chance to qualify for Doha out in Switzerland. Today I was aiming for sub 22, which I got, so fingers crossed for next weekend.

“Last year was quite a long tiring year with some big competitions and with the Gold Coast Commonwealth Games coming so early in the year, I was peaking quite early.

“Then I picked up a virus near the end of the year so that just knocked on in my winter so it’s just been a slow build up, which I had planned anyway because the season is so long, but it’s been slightly slower than anticipated.

“I’ve been getting there, every race has improved and hopefully I can keep on improving and get back to my best.

I can feel that everything is coming together, I feel really good in myself, I’m feeling really fit, no niggles or injuries, touch wood.

“So, hopefully, it will come together next weekend  and I can smash out  the time I need for Doha.

“I know that I’ve done that time before so it’s on the day, that’s how athletics is. It’s timing, so if it happens, it happens. If it doesn’t, next year  is Tokyo and that’s the really big aim.”