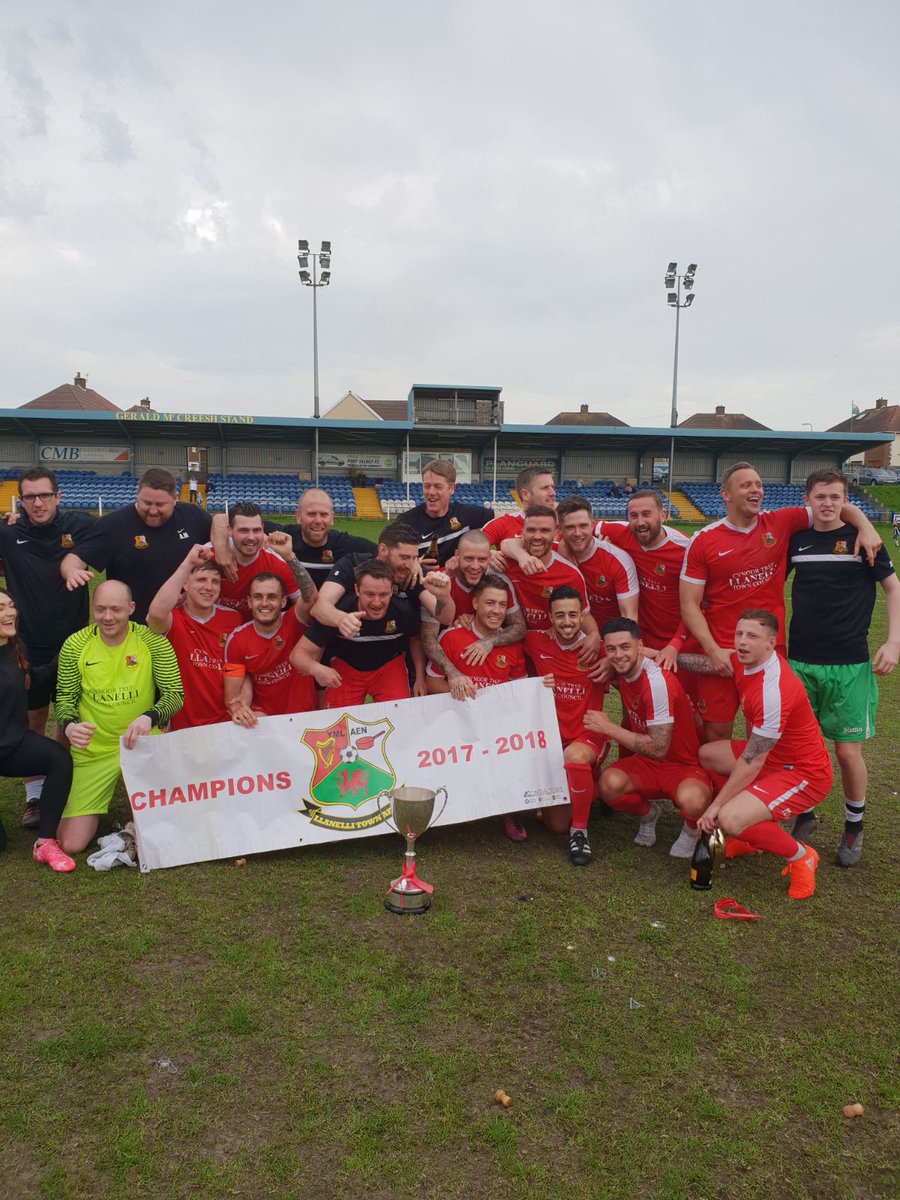 Scouser Trundle, a former Swansea City striker, will be playing for Welsh League champions Llanelli in the final against Trefelin BGC.

But he also plays for Trefelin in the Veterans League and helped the Port Talbot-based club to the championship, scoring twice in their 6-1 win against Pontypool’s Fairfield United in the title clinching victory.

Paul Wiseman and Kev Bartley also scored two each for the winners.

This evening, though, Trundle is a Red and has Trefelin in his sights.

The Reds are aiming to leave the Welsh League on a winning note and are intent on clinching a second successive trophy double.

Llanelli won Welsh League Division Two and the League Cup in 2016-17, while they have already won the First Division title this season and promotion to the JD Sports Welsh Premier.

Trundle fired 46 goals in 26 appearances in the Second Division, while he has fired 33 goals in 28 matches this time.

A total of 79 goals in two seasons have made a huge contribution to Llanelli’s success.

“Lee has had an enormous impact on and off the pitch,” said club chairman David Craddock. “If you’d asked me if it was possible to raise the profile of Lee Trundle higher than it was already then I would’ve said no.

“But, in all honesty, I think we’ve helped his profile and he’s certainly helped ours. He’s a joy to watch playing and his enthusiasm in training is boundless.

“I always stress that we have 11 players out on the park, although Lee is certainly integral in our play and great to work with. Everybody enjoys having him around.”

Llanelli have won three Welsh League titles in the last four years plus a League Cup and another player who has played a major role is Jordan Follows, who has netted more than 100 goals for the Reds.

It has been a major team effort under manager Andy Hill, who has harnessed a variety of talents within his squad and blended them into a close knit team.

Next season they will be back playing in the top flight of Welsh football – and how they’d love to sign off 2017-18 holding another trophy in the air at Garden Village this evening.

Trefelin BGC missed out in promotion from Division Three this, finishing third behind Swansea University and Bridgend Street, and that will sharpen their tenacity in a fixture which offers them a final chance of success this season.

Llanelli will start favourites, but Trefelin are being followed to Garden Village FC by three coach loads of supporters.

Those fans will make a noise – and the Trefelin players are focused on cup glory.