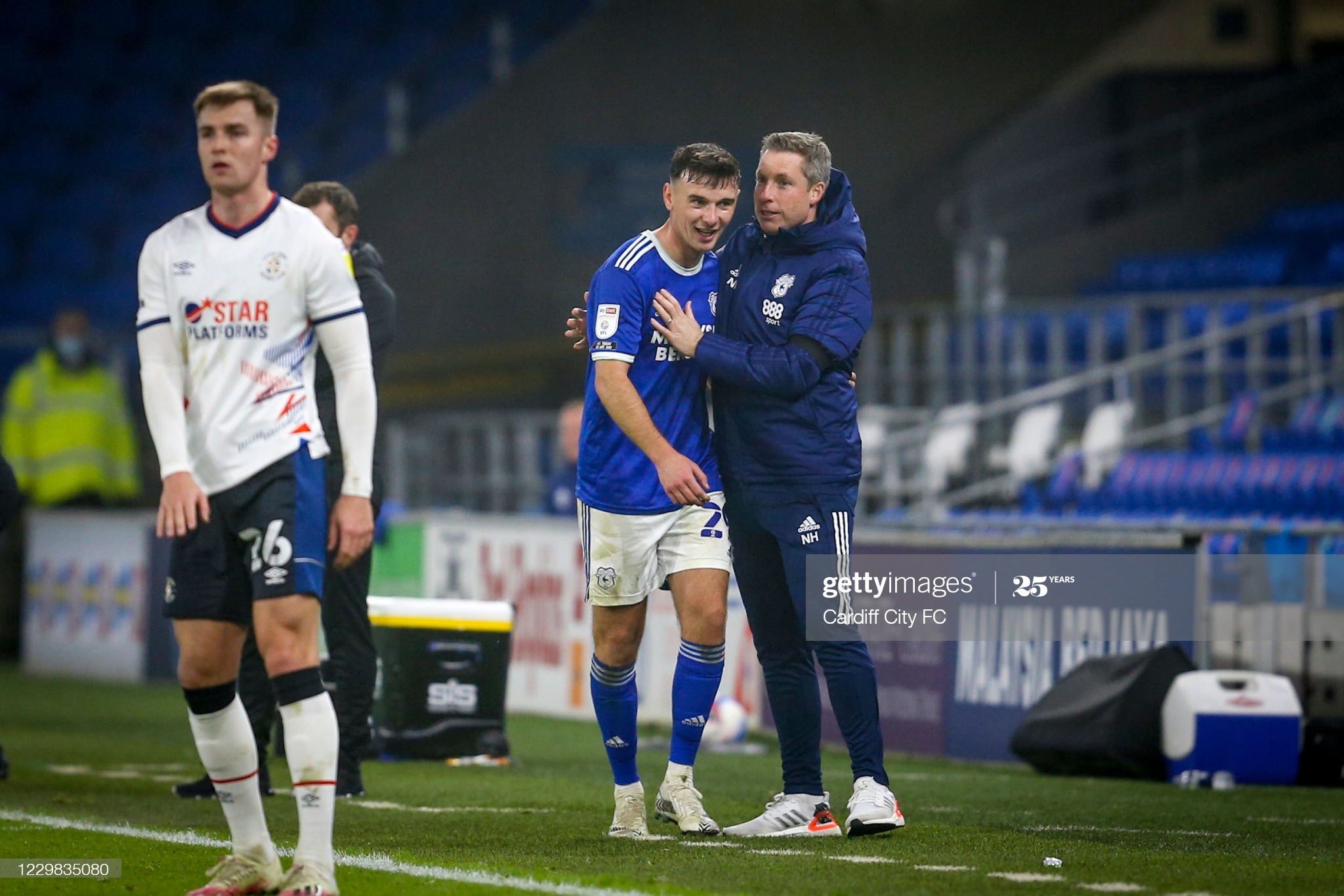 For that reason, the Cardiff City manager is refusing to talk about significant changes in direction for his team – or himself – despite the emphatic nature of their 4-0 victory at home to Luton Town.

The pressure had been building on Harris, but he underlined it hasn’t gone away simply because of this result and his team need to continue their momentum at home to Huddersfield on Tuesday night.

“We have talked a lot in the last 10 days about manager’s jobs being based on results,” said Harris. “I’m delighted we not only had the performance today but the result as well.

“Luton will be unhappy with the result but extremely relieved it was only four. The spotlight was on me, and rightly so, it always falls on the manager.

“What we have had today is a top performance and top result, but it’s about following it up on Tuesday.

“I am not focusing on turning points or anything other than Tuesday night. I take one at a time and enjoy today’s performance and result, but it’s all about Tuesday now. It sounds a cliche but ultimately that’s what it is about.”

Home produced youngster stars for Cardiff City – a headline that has taken far too long to write.

Schizophrenic Cardiff show the importance of scoring the first goal as they thump Luton.https://t.co/lsNwwGK6Lv

Harris had freshened up his line-up, particularly up from when he brought in 21-year-old Mark Harris for his first start since April 2017.

His young namesake has been out on loan at Wrexham and Newport, but on the evidence of his sharp display – which he capped with a goal – he already looks a more natural partner up front for Kieffer Moore than does Robert Glatzel.

“He didn’t look overawed,” said the manager. “Mark has done extremely well today. He has been patient for his opportunity.

“He has got Kieffer Moore, who is held in extremely high regard in this part of the world and in our dressing room, and Robert Glatzel, who has searched for a bit of form.

“We have had opportunities for Kieffer and Glatzel to play together before and done extremely well, i.e. against Barnsley and elements in games when I’ve changed it to a 4-4-2.

“I just felt today I wanted to play slightly different and Sparky deserved an opportunity – not based on what he has done in training, or what I have seen in glimpses at times, but how I wanted to play and what I wanted from the team.

“If we wanted to play a little more direct and stretch the game then Mark has that in abundance.

“Mark has got a lot to learn about the game, he’s a young striker, but ultimately, he will stretch the play and be a threat in the box.

“We have worked really hard with him for a year now and he has got his reward today.

“I thought it was a dominant display. We ran over the top of Luton, in the nicest possible sense, physically, it was cohesive. I saw a very passionate performance from my dressing room.”

The vigour of striker Harris and the recalled Sheyi Ojo – combined with craft of another Liverpool loan player, Harry Wilson – was apparent from the opening and within just nine minutes Cardiff were 2-0 ahead.

Wilson and Moore linked to produce a fifth minute corner from which Luton neglected to offer any challenge to onrushing Sean Morrison and the Cardiff captain steered the ball home at the far post with a volley.

The Bluebirds then doubled their lead four minutes later when Ojo slipped a neat pass inside to Harris. Showing admirable calm, the youngster controlled instantly and stroked the ball low past Luton goalkeeper Simon Sluga.

Luton had plenty of possession, but looked vulnerable to the counter-attack and could well have been 4-0 down by half-time.

Harris should have done better when Sluga slipped and injured his shoulder, but smashed his shot straight at the keeper and then Moore did likewise when he was put through.

Luton were restricted to a couple of long range efforts on goal and it was a measure of their manager Nathan Jones’ displeasure that he made his first double substitution four minutes before the interval.

Jones, a Welshman, had been mooted by some as a possible replacement for Harris should owner Vincent Tan bring the tenure to a close, but he did little to decorate his credentials.

There was none of the resilience that had brought Luton a victory and three hard-earned draws in their previous four matches and Cardiff’s third goal on the hour mark aptly illustrated the point.

This time Wales striker Moore was able to head home directly from another corner as the marking was even more slack than for the opening goal.

Inevitably, Cardiff scored a fourth from a corner when a poor clearance was picked up Ojo who humped his shot low into the corner, before Joe Morrel struck a post for Luton.

Jones admitted: “I’m embarrassed if I’m being honest, because of the level of performance.

“I wish I had made 11 changes, I genuinely do and we have to address that.

“We seem unable to handle three games in a week and keep these high levels so I’m going to have to make changes and freshen things up to get the level of performance.”