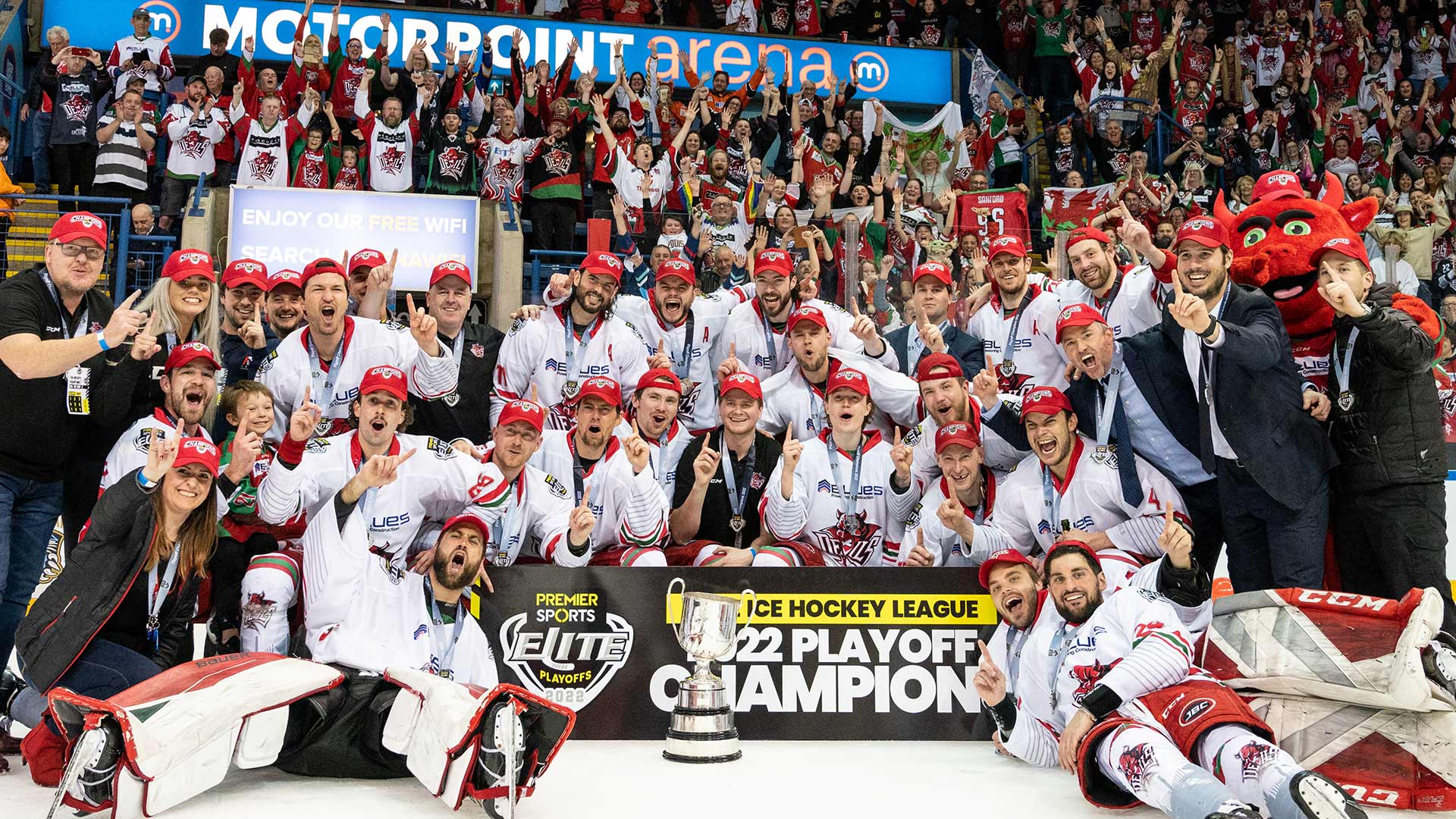 The Cardiff Devils saved their best for last as they outfought the treble-chasing Belfast Giants to clinch the Play-Off title for the third time in as many seasons.

Empty-net goals from Trevor Cox and Josh Lammon ensured the Devils held out as they sealed a 6-3 win amidst building pressure from Belfast, who pushed in search of equalising fourth goal.

It’s been a peculiar campaign for the Devils who sign off their season in winning style despite struggling for consistency and a sudden mid-season coaching change.

Cole Sanford and Jake Coughler’s power play goal got the Devils off to a promising start, but their lead was eroded as the Giants’ ruthless power play struck twice through Scott Conway and Ben Lake.

Stephen Dixon restored Cardiff’s lead in the closing seconds of the second period to give them the advantage heading into the final frame.

And after Brodie Reid broke his postseason duct with a second Devils power play goal early in the third, Tyler Soy stubbornly cut Cardiff’s lead to a single goal to set up a tense finale.

“We’ve battled all year through ups and downs. The guys were so good tonight. We didn’t get the start we wanted but we believed the whole way, it feels nice,” said a clearly relieved Brodie Dupont at full-time.

“With this group it was so easy to come in. They’ve supported me the whole way, the journey’s been up and down but we got a cup, this is what we came here to get and we’re absolutely pumped.”

Victory in the Elite League’s end of season finale might just be the ideal way to close out his tenure as Devils head coach, a role he has held in an interim capacity for the last three weeks since the departure of Jarrod Skalde.

Changes are expected within the Devils organisation over the summer. At the top of that list will be the permanent appointment of a new head coach, and it remains unclear how Dupont factors into the club’s long-term thinking.

The win over Belfast completes a unique turnaround of events for Dupont, who arrived at the club last August as a player before injury curtailed an unremarkable season on the ice, forcing him to take an assistant coaching role, before completing the season as actual head coach.

Dupont managed the difficult circumstances of changing roles in the aftermath of Skalde’s exit particularly well and retained the backing of his former teammates.

The play-off title, along with a 6-1-1 record from the games as head coach, bodes well for Dupont’s future as a coach regardless where that lies.

Whatever transpires in the coming summer months, Dupont has emerged as the unlikeliest hero of the Cardiff Devils season.