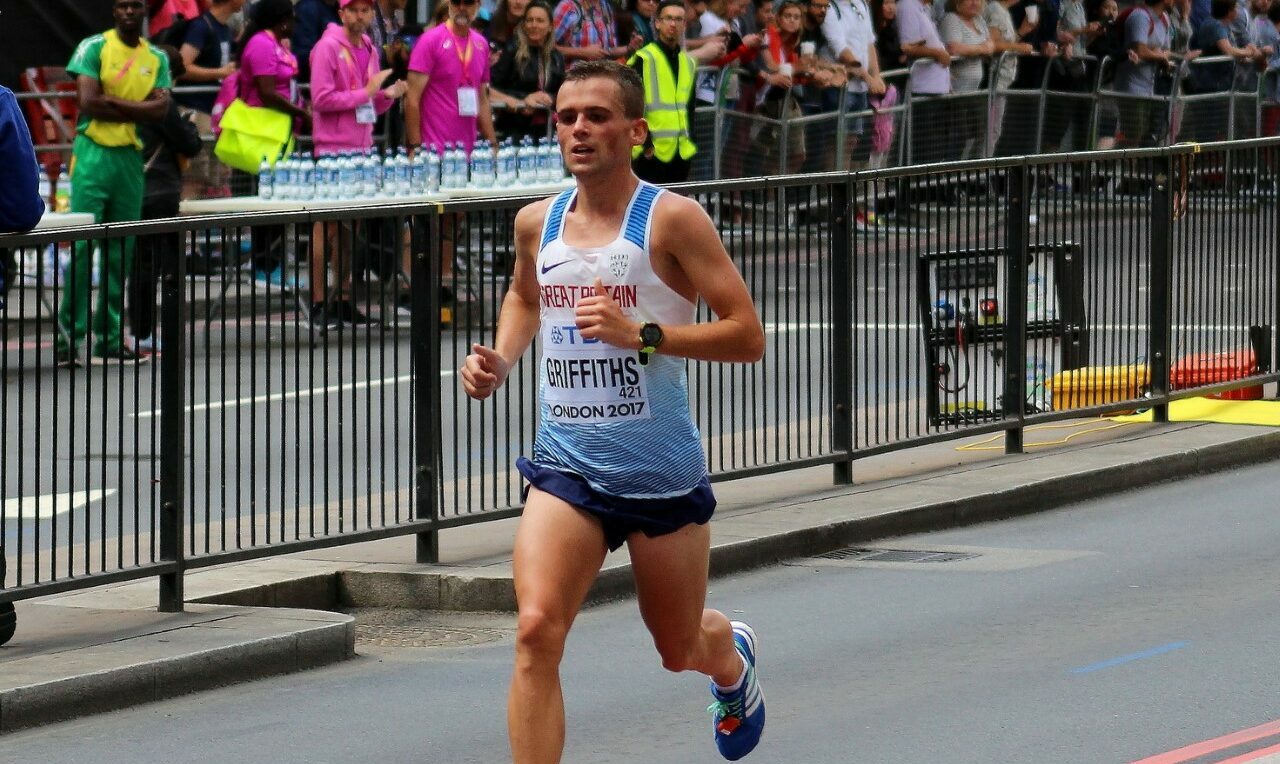 The Swansea Harrier, who competed at the London games five years ago, is now on his way to this summer’s championships in Oregon.

Griffiths famously emerged from the ranks of the club runners at the 2017 London Marathon to qualify for the World Championships on the capital’s streets later that year.

Since then, the Carmarthenshire athlete has continued to develop at pace, representing Wales at the 2018 Gold Coast Commonwealth Games where he finished 17th in searing temperatures.

Just last month, Griffiths lowered his personal best to 2:11.28 in Seville, making him the fourth fastest Welsh marathon runner in history and the number one ranked British athlete over 26.2 miles this year.

The 28-year-old is one of five British athletes to be selected for the men’s and women’s marathons on the 17th and 18th of July respectively at the World Championships in Eugene, Oregon.

Cardiff-based Jake Smith did not wish to be considered for selection for the men’s marathon.

“This is a significant milestone, and I am delighted to be welcoming these athletes onto the British team to represent the country in July.

“We’ve seen some excellent performances from our marathon runners in recent weeks and months, which led to a really competitive selection.

“It is a great to have experienced marathon runners on the team, and also a new face in Rose who will be making her debut in a British vest.

“They’ve all earned their place on the squad, so I wish them all the best as they prepare for the championships.”

It’s been an exciting few days for Welsh endurance athletes.

The Cardiff athlete’s placing in Oman was the best finish by a British woman in the history of the event. Walking in soaring temperatures, Davies covered the 20km loop course in 1:42:25.