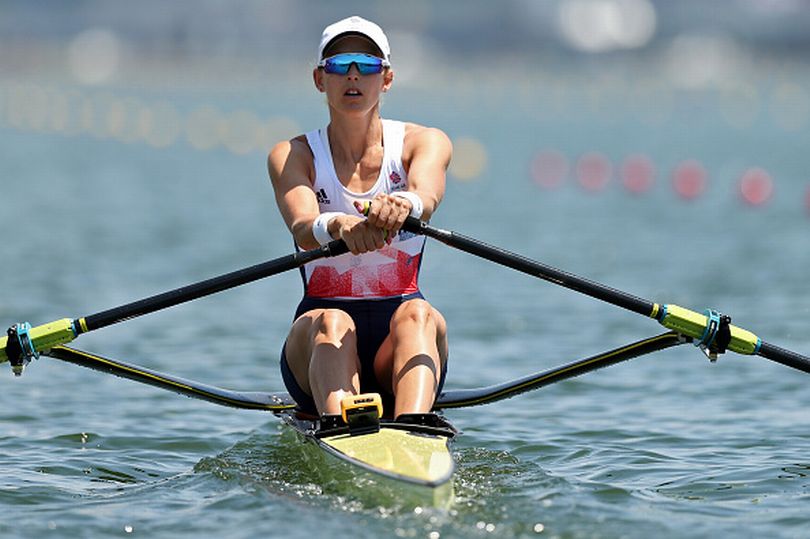 Vicky Thornley is on course for a shot at another Olympic medal and is desperate to break the sequence of agonizing fourth place finishes for Team GB.

The Welsh rower became just the third British female single sculler to reach an Olympic final – and the first for 25 years – after finishing second in her semi-final.

Now, Thornley – who won a silver medal in the women’s double sculls with Dame Katherine Grainger at the Rio Games in 2016 – has her sights on a first ever British medal in women’s single sculls in the final on Friday morning.

So far Great Britain – leading rowing nation at the last three Games – have won only one rowing medal, silver in the men’s quadruple sculls on Wednesday.

“I’m just really happy to have executed the race I thought I was capable of. It was tricky in parts but totally manageable,” said Thornley.

“When I saw the draw I thought it was pretty much an A-final, and to wait three days there was some mental gymnastics. It’s a huge relief to have done the job.

“I was aware of the other results before I went out. We’ve had a lot of fourth places, which is really hard, but I know everyone has given everything they have in this regatta.”

Thornley, from Wrexham, finished behind New Zealand’s Emma Twigg but crucially ahead of Austrian Magdalena Lobnig and Kara Kohler of the USA.

The 33-year-old opted for what looked like a change in race plan from the quarter-final.

Rather than attacking the start and trying to hang on, here she was patient early and came back from a length down on Austrian Lobnig at halfway.

Incredible news regarding former pupil and #TeamGB rower Vicky Thornley, who has reached the final of the women’s single sculls after finishing second in her semi-final. 🇬🇧

Everyone at RP wishes her the best of luck in tomorrow’s final! #RPFamily

Welsh sculler Thornley follows Guin Batten in 1996 and Beryl Mitchell in 1980 and ’84 in reaching an Olympic singles final for Great Britain. Each of her predecessors managed a fifth-place finish.

World champion Sanita Puspure will not be among those Thornley meets in Friday’s final after the Irish sculler finished fifth in the first semi-final.