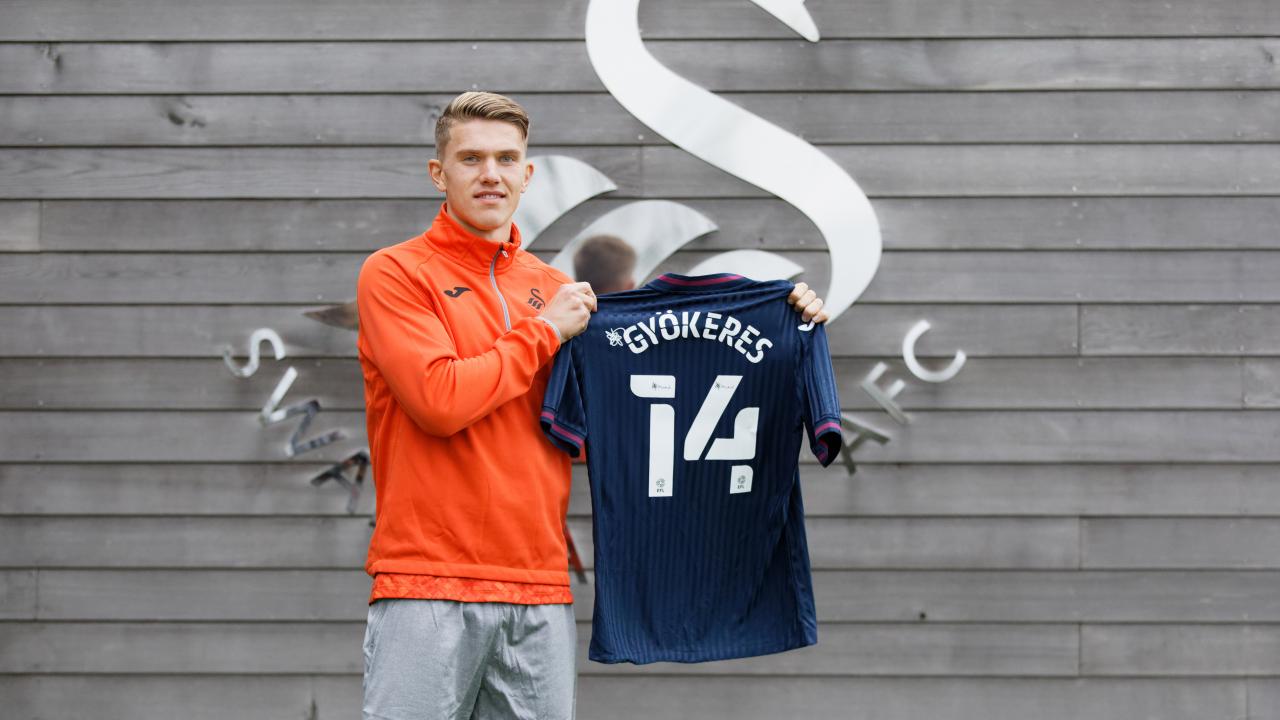 Viktor Gyokeres poised to make debut against Millwall on Saturday.

Swedish striker Viktor Gyokeres is set for an immediate debut against Millwall after joining Swansea City on a season-long loan from Brighton.

The 22-year-old is confident he can make an impact – and plans on starting against the Lions at the Liberty Stadium on Saturday.

“I hope I can help the team as much as I can with what they need up front, with goals and assists and helping the team get points,” said Gyokeres, who featured in all three of Brighton’s Carabao Cup ties, scoring in the victory over Portsmouth.

“I want to help the attacking part of the team get better, I hope I can do well but it will be all about the team.

“I have been looking at how Swansea have been doing, both this season and the end of last season, it’s been a great start and we hope we can keep that going.”

Gyokeres spoke to former Swans coaches Graham Potter, Billy Reid and Bjorn Hamberg at Brighton before making a move that had been rumoured for some time.

“It is nice to get everything done, it happened quickly at the end and I’m happy to be here,” said Gyokeres.

“It has been something I have known about for a while, it has gone back and fore between Swansea and Brighton, and I am just glad it is all sorted now.

“I always knew about Swansea, it is a big club and a great club. It is going to be interesting for me to play here, it’s a nice place.

“I spoke to them (Potter, Reid and Hamberg) a little bit as they had been here, they only had good things to say, and that made me more comfortable to come here and play here.

“I hope I can get regular football here. It is nice to be playing, as I have been for Brighton in the cup, getting those minutes has been good for me.”

Cooper is hoping the striker will add the goals as his side look to maintain their impressive start to the Championship season which has brought seven points from three games.

“We are grateful to Brighton for the way they’ve been in terms of communication and believing we are the right club for Viktor, because we believe he’s right for us,” said Cooper.

“We have had to wait patiently for Viktor because he’s a player we really wanted. He was one we identified very early on in preparation for this season as a good fit.

“We have got a striker that has some good experience behind him on a domestic and international level despite being relatively young.

“He can do all sides of the game. He scores goals and is a handful of a player, but at the same time he’s a good footballer who really works hard for the team, which we really like in all areas of the pitch.