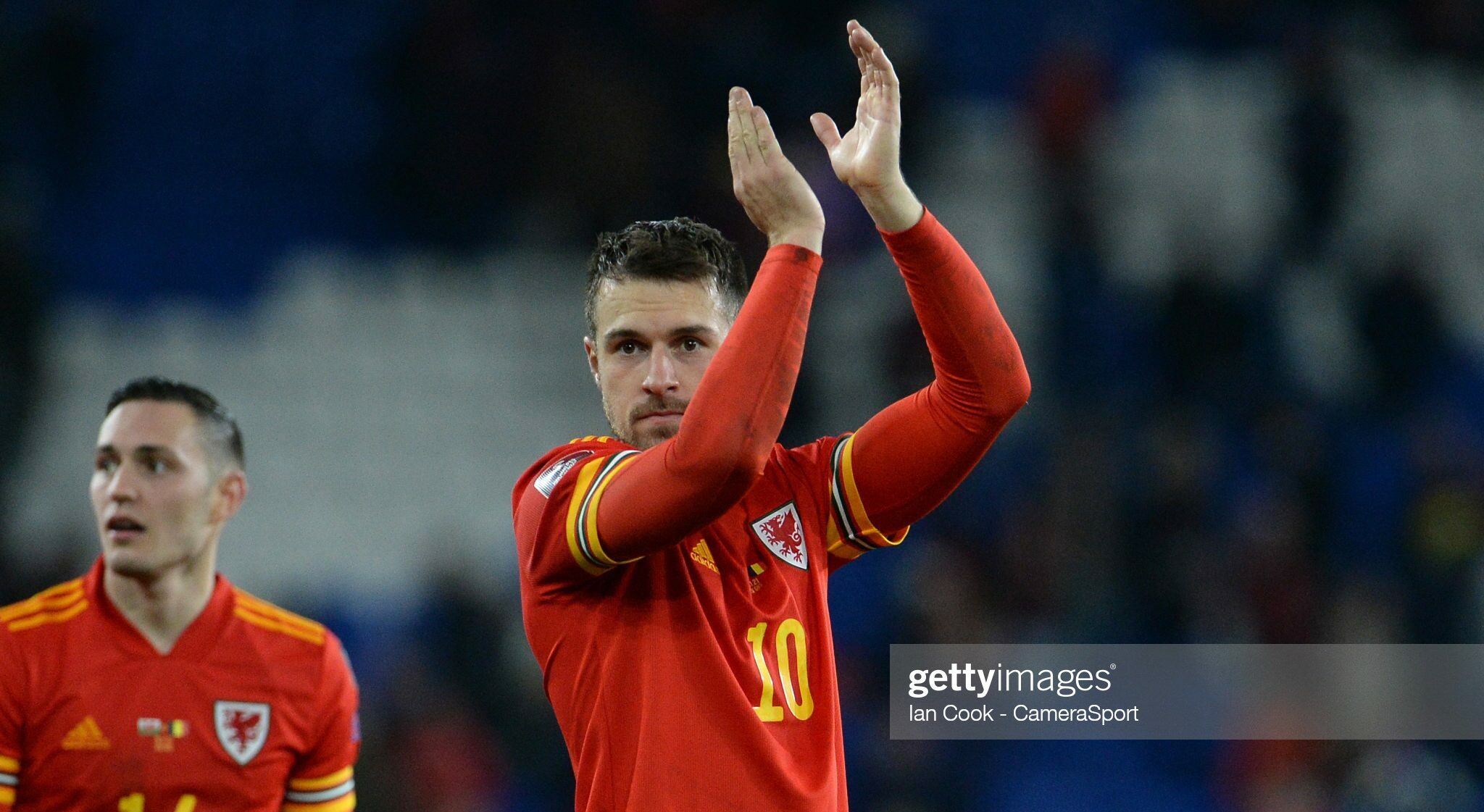 Wales went into their final qualifier against Belgium needing a point to secure a home tie unless Turkey won their last game by four clear goals.

But Turkey could only win 2-1 in Montenegro and Wales’ 1-1 draw with Belgium, the world’s top-ranked side, clinched a home semi-final game in March.

“There’s some big, big teams still in it, but it’s so important that we had a home tie,” Ramsey told Sky Sports.

“You could see the atmosphere here tonight, it’s a special place to come and play.

“So hopefully that will give us an extra edge in that play-off.”

Wales have lost only one competitive game at home since being beaten by the Republic of Ireland in qualifying for the 2018 World Cup exactly four years ago. Denmark won 2-1 at Cardiff in a Nations League game in November 2018.

After Kieffer Moore had cancelled out Kevin De Bruyne’s early effort, Ramsey said: “It’s massive. Full credit to the boys. They put in a massive shift again against top opposition, so full credit.

“We always believed we could get a result, especially at home with our fans here. It’s another good night for us.”

Manager Rob Page admitted he had tears in his eyes after the final whistle.  He said: “I was a wreck. It was an emotional time of just telling the players how proud I am.

“I couldn’t be any more proud of that group of men, to give that level of performance off the back of Saturday’s performance (a 5-1 victory over Belarus) as well.

“We knew we needed to score goals on Saturday because it might come down to goal difference, but we went out for the win here.

“We wanted to go and get the win, and credit has to go the players, they were outstanding.”

Belgium had booked their place at next year’s World Cup in Qatar by beating Estonia on Saturday.

Head coach Roberto Martinez said: “It’s fair to say when Wales are at home, they’ve got an extra threat.

“It makes a big difference for Wales now to go into the play-offs and be able to play at home.

“I would say without the crowd that maybe we don’t concede that goal.

“For us, that’s why it was so good to see our young players able to cope in that environment.

“We can take a lot of information out of the way that we performed in such a beautiful, hostile atmosphere.”

Aaron Ramsey captained Wales in the absence of Gareth Bale who had been ruled out by injury.

Bale won his 100th cap against Belarus on Saturday, the Real Madrid forward’s first game for two months following a hamstring tear, but was withdrawn at half-time of that 5-1 victory after appearing a long way short of match fitness.

The loss of Bale, who was watching the game from the stands, saw Moore return to the starting line-up following suspension.

Ethan Ampadu was banned after picking up two bookings and Wales were walking a disciplinary tightrope ahead of the play-offs.

Six players in the matchday squad were one yellow card away from suspension and missing the play-off semi-final in March.

In the event, Joe Morrell was the only player to pick up a second yellow card and will sit out the semi-final.

The draw for both the play-off semi-finals and finals will take place on November 26th in Switzerland.