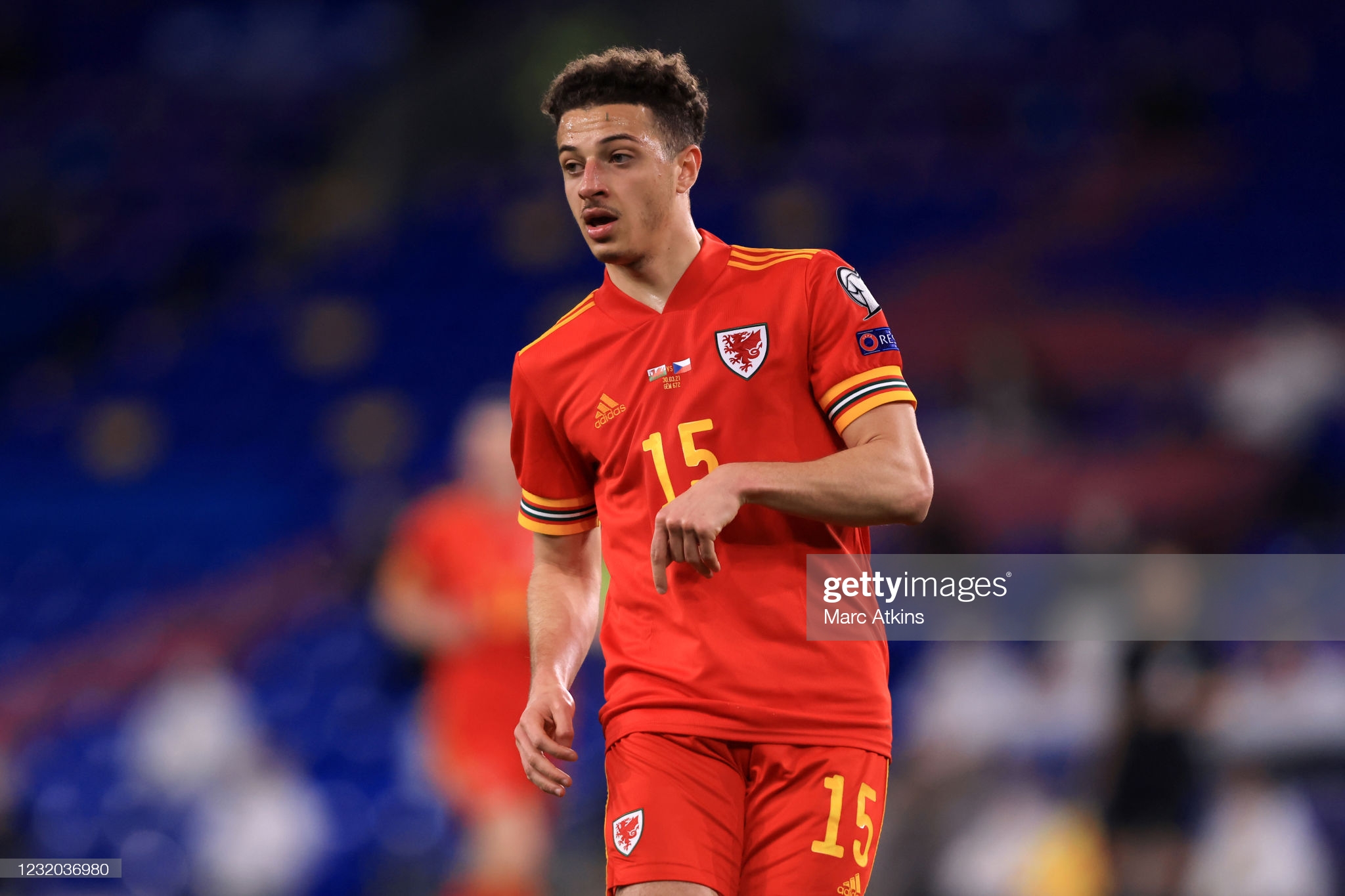 The real countdown to the Euros starts tonight when Wales face France in the first of two warm-up games before the tournament begins. For Chelsea’s Ethan Ampadu, the fixture will bring back good memories of the start of his international career, as he tells Alex Predeleux.

Ethan Ampadu is aiming for another night to remember – and the promise of something huge to follow – when he steps out for Wales against France on Wednesday night.

Three-and-half years ago, Ampadu made his international debut as a dreadlocked 17-year-old in a friendly at the Stade de France.

It was a significant moment as he replaced Joe Ledley – one of Wales’ old guard heroes from Euro 2016 – for the final half hour of a 2-0 defeat in Paris.

Now 20, Ampadu will again come face-to-face against the French, this time in Nice and as a key member of Wales’ squad for this month’s delayed Euro 2020 finals, in a match that is live on S4C.

The dreads have gone and so has the inexperienced teenager, with Ampadu now a seasoned Premier League player as well as an established international, following his year on loan from Chelsea at Sheffield United.

“I was fortunate enough to make my debut against France and what a game that was to be involved in,” says Amapdu, who cut his teeth as a Wales player that night against the likes of Kylian Mbappe, Antoine Griezemann and Olivier Giroud.

“You look at that France squad and it was stacked with a lot of quality, he adds of opponents who went on to lift the World Cup a year later.

“It was my first time being around an international squad so it was special memory. Now, they still have an unbelievable squad.

“It’s a game that both teams are going to try to use as preparation for the Euros. There will be a lot of quality on the pitch, so it will be a high quality game.”

Both countries will be looking to use this match as fine tuning for the tournament finals that begin on Friday week when Turkey play Italy.

Wales have one more warm-up game before then – a home match against Albania on Saturday – before the real thing kicks off for Ampadu and the rest with a clash against Switzerland in Baku seven days later.

Back in 2017, the Exeter-born player with a Welsh mother was grateful to Chris Coleman who handed Ampadu a Wales debut in one of the manager’s last acts before he left for Sunderland.

Ryan Giggs’ subsequent withdrawl to the sidelines as he prepares for a court case, and the ascendancy of caretaker Robert Page, means Ampadu is already on his third international manager before the age of 21.

He has taken the changes calmly in his stride, though, just as he has quickly shaken the effects of a difficult season with the Blades that ended with relegation after they finished rock bottom.

“There is always change in football, whether you are a player or manager, adds Ampadu, who played in 25 matches for former Sheffield United manager Chris Wilder, featuring in both midfield and defence.

“Pagey was here anyway, and everyone gets on with him.

“Everyone’s expectations have stayed the same and we are still aiming for the same goal.

“I feel I have developed a lot as a player over the past year. I learned how ruthless the Premier league is. You make even half a mistake and the opposition often scores. But I was playing a lot and I learned a great deal.”

Ampadu already has 22 caps for his country and Page will be keen to gauge the player’s form in the two opportunities that remain, particularly in the absence of the injured James Lawrence, who has dropped out of the squad with injury and continuing fitness doubts over fellow defender Ben Davies.

Wales’ only victory over France came in a friendly back in 1982, but although Didier Deschamps’ team will be heading to the Euros as one of the favourites as well as world champions, they were held to a 1-1 home draw by Ukraine in a World Cup qualifier in Match , before going on to beat Kazakhstan and then Bosnia and Herzegovina.