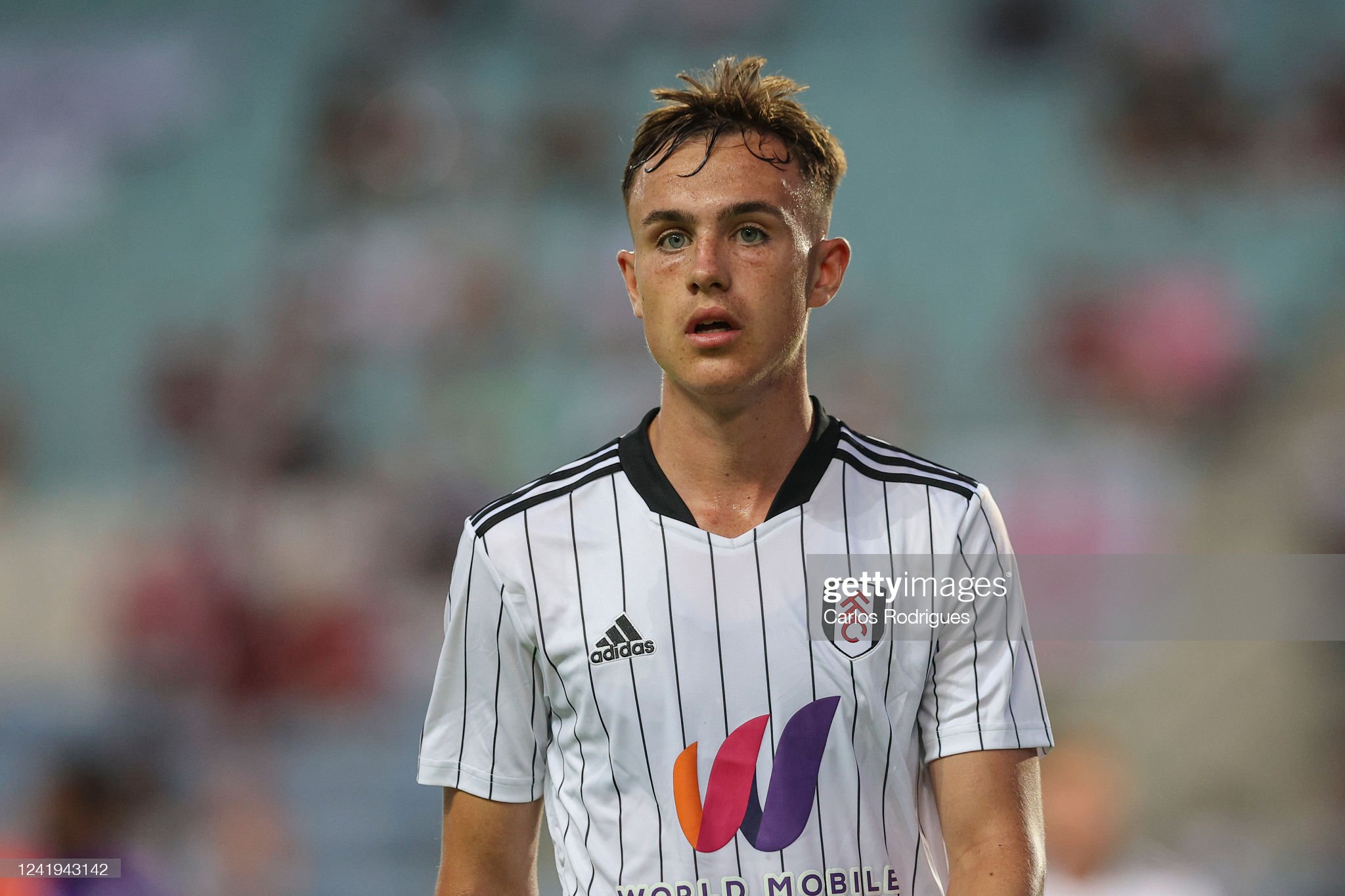 Luke Harris has been told the door is open for him to cap an incredible rise by going to the World Cup with Wales.

The 17-year-old Fulham star has been named in manager Robert Page’s squad for the first time for the upcoming Nations League games against Belgium and Poland next week.

But such is the precocious talent of the teenage midfielder – who has only one senior Carabao Cup appearance to his name – that Page reckons the youngster could yet force his way into the squad for the tournament in Qatar in November.

Asked if Harris can stay in the Wales squad for the country’s first World Cup appearance for 64 years, Page said: “I never say never – absolutely.

“I have pretty much got the squad in mind, of course. But the door is never closed. If someone is doing really well and I think it’s going to benefit us, then he will be considered.”

Harris only made his Fulham debut in the Carabao Cup last month and has been on the bench several times in the Premier League this season.

“He has been in the system now for a few years. He’s a talent and an exciting prospect,” added Page.

“He’s doing really well at his club and he scores goal. When you have someone with that talent – albeit that he’s just turned 17 years old – then I am not bothered about his age.

“I have shown that in the past with Rabbi (Matondo), Joe Rodon and DJ (Dan James) and others I have worked with at Under-21 level and the younger age groups.”

Last month he struck a Premier League 2 hat-trick against a Chelsea side featuring Ben Chilwell, Ethan Ampadu and Trevoh Chalobah.

Page said: “When you have someone scoring goals – including regular hat-tricks – then it makes him an exciting prospect and one I can’t wait to get involved with the other boys.

“He’s ready for it. I have met him and his family. He has got a great family support network around him, and he wouldn’t be where he is at club level if he wasn’t ready for it.

“I have spoken to coaches who have worked with him, but I’ve never coached him directly. Having been head of the intermediates when he has played at younger age groups, I know all about him.

“For these two games, I think it’s a great opportunity for him to come in and get a taste of it, to experience it, and for us to have a look at him.”

He said: “It’s not a major injury, it’s a slight hamstring tear. I’m glad it’s happened now because he’s gone from not playing to playing week in and week out.

“Inevitably it was going to catch up with him. So if he was going to do it now’s the time, so he can fully recover.”

Tyler Roberts returns after missing the World Cup play-off final victory over Ukraine and four Nations League games this summer due to injury.

“We’ve got two games to prep before we go into the World Cup and then we’ve got two training sessions in November,” Page said.

Brilliant quip from Rob Page. Asked about persuading the Prince of Wales – FA President and England supporter – to switch sides at World Cup.

🗣”Who’s he going to support. We’ll have to send him a bucket hat, eh?” pic.twitter.com/zGQ1TH0C0S

“What I’m conscious of doing is showing loyalty to the squad of players who have got us there, and rightly so. We’ve got a tremendous group of senior players that have had one thing missing off their CV, and that is qualification to a World Cup.

“In the next two games is the opportunity to use them with one eye on the World Cup… but it’s a shame we find ourselves in this position (bottom of the table) going into two Nations League games.

“We could only need one win to stay in the division but it shows the progression, we are playing against Belgium holding our own.

“We want to stay in the division, of course we do… we want to play against the best players and teams.”