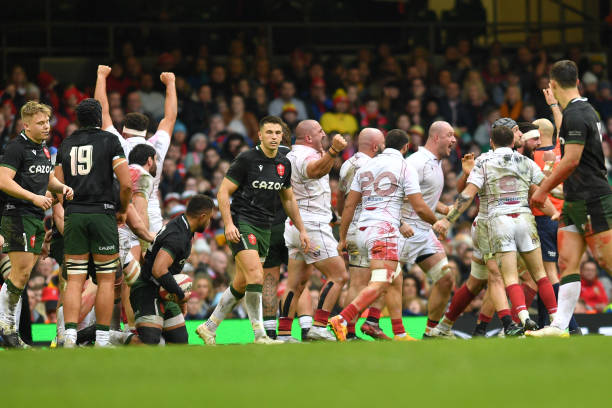 Neil Jenkins insists Wales are desperate to right the wrongs of their Georgia defeat against Australia on Saturday.

Wales will be hoping to end their Autumn Nations Series on a high against a dangerous Wallabies outfit at the Principality Stadium but will have to significantly improve. And Wales skills coach Jenkins is confident they will bounce back with a positive performance.

“It could be tiddlywinks; I want Wales to win and be successful. Whether I’m involved in that or not is irrelevant to me.

“I want Wales to be successful. I want to win Test matches.

“That’s what I’m here for, to be successful and win. I’m desperate to win, starting on Saturday.

“We’ve looked at the game and had more meetings yesterday and today. It’s about putting those wrongs right and winning a Test match.

“We’ll be doing everything we possibly can to get ourselves in the best possible shape, mentally and physically.” Wales have been in difficult positions in the recent past but have always succeeded in bouncing back after a disappointing defeat.

Jenkins revealed Wales’ senior players have been leading the way in training this week, and believes consistency is the missing ingredient.

“It’s not just about staff and coaches, but senior players on the pitch,” he said. “Your decision makers. It’s a collective environment.

“You can only influence so much in a week and by Thursday it’s the boys’ team as it should be. The decision making amongst players is important in our group and they’re pretty strong on that.

“We’ve got some great players and good people in this squad. It’s important for them and us that we’re all on the same page.

“I’d like to think we will be this Saturday. At this level, you have to be consistent.

“Consistency is a massive part of Test match football. You need that confidence of winning and getting over the line.

“How you win is irrelevant. You don’t tend to see how well a team plays when you look back on history, but how often they won and whether they got a Grand Slam or a World Cup.

“It’s often about the end result and how you get there.” Wales will face an Australian side on Saturday who have yet to record a win on their Northern Hemisphere tour.

But that doesn’t tell the full story with Dave Rennie’s side having performed very well against both France and Ireland only to lose late on. And Jenkins is expecting a difficult assignment this weekend.

“They lost against Italy, but they possibly should have won against France, they had chances to win against Ireland, and should have beaten New Zealand in the Rugby Championship,” said Jenkins. “They are a good outfit.

“They’re very dangerous, and we have to be right on the money in everything we do to minimise their opportunities, and when our chances come along to take them.”