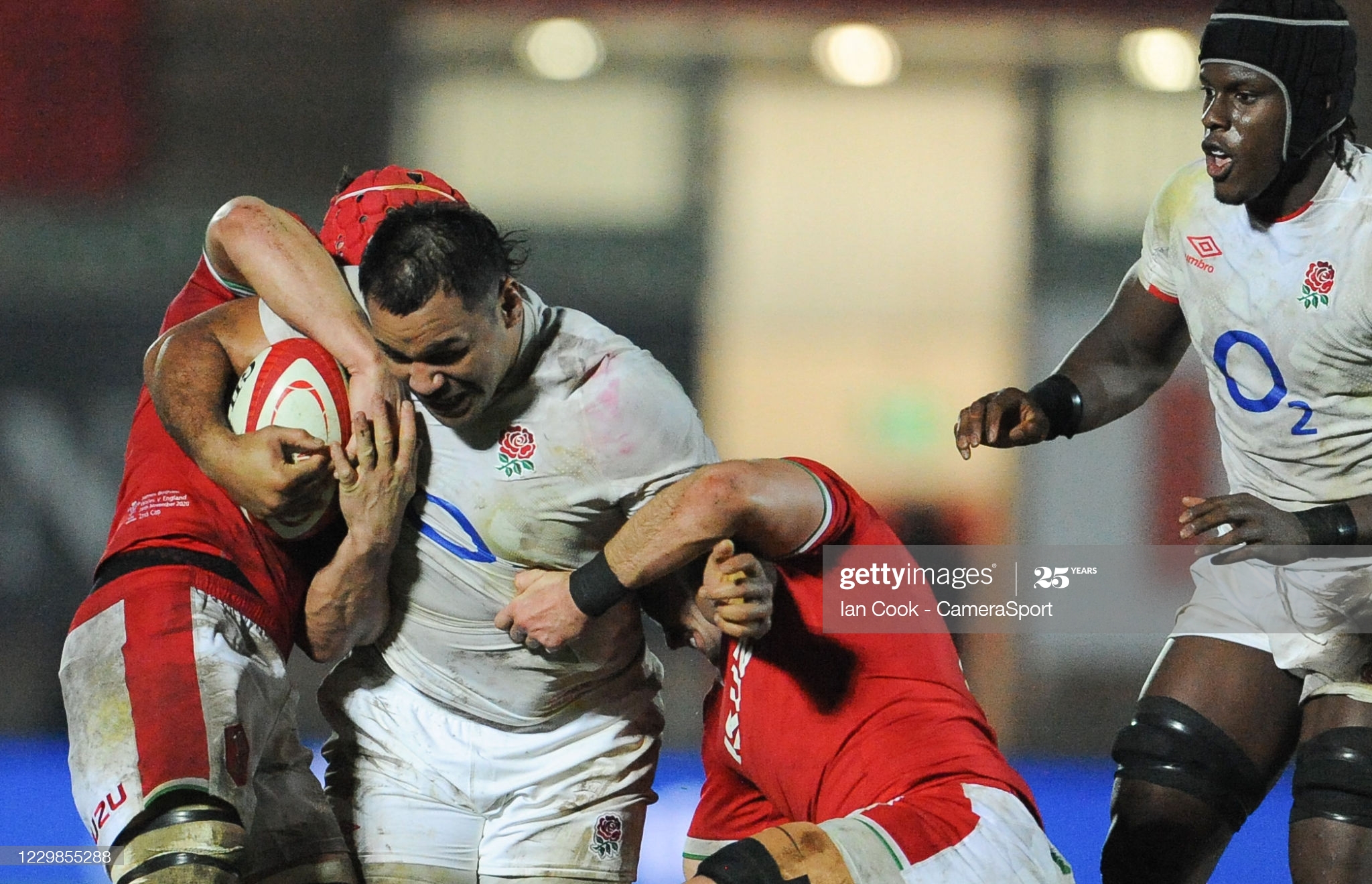 Scott Quinnell believes Wales rediscovered some of their doggedness against England last weekend – but reckons they still lack bite.

The former Wales and Lions No.8 was encouraged by aspects of the 24-13 defeat in Llanelli, but argues there is a soft streak running through Wayne Pivac’s team that needs to be hardened up.

“Sometimes I look at Wales and I think everybody is just a bit too nice,” said Quinnell.

“You need a bit of gnarl, a bit of dog, and players hitting opponents hard. You need that sort of brutality in your game and I think that’s what England do so well.

“They’ve got so many forwards who bring physicality to the game.

“They hit people hard in the right way. I think Wales need a bit more steeliness about them.”

Quinnell never took a backward step in his 52 Wales caps and three appearances for the British & Irish Lions on the 2001 tour of Australia.

“We loved to get Ieuan Evans and Wayne Proctor on the ball, but unless we did the job up front then they couldn’t do it. First and foremost we had to win the ball.

“It’s almost a case of Wales reinventing the wheel. We were saying 20 years ago ‘We have to earn the right to play’. Now we’re back there again – Wales need to get the fundamentals right.”

Quinnell approves of the addition to the Wales midfield of Scarlets centre Johnny Williams who has started the last two games against Georgia and England.

He feels the powerful Williams can provide the required link between backs and forwards which will enable Pivac’s side to play the attacking game the head coach wants.

Quinnell also believes Pivac must be given time despite his team’s poor run of form with the 2021 Six Nations set to be his acid test after a tough year dominated by the Covid-19 pandemic.

“I like Johnny Williams. He’s big, he’s strong, he’s overcome adversity and he’s only going to get better as he hasn’t played that much rugby,” said Quinnell.

“If Wales do get go forward, then they can start to play. Wales do put themselves under pressure and the Scotland defeat did that because we expected to beat them.

“We’re now down to ninth in the world which puts you under pressure, but in 2012 they lost eight on the spin under Warren Gatland and didn’t panic.

“Warren always used to talk about World Cups and backed up those statements. Wayne is doing the same for France in 2023. We have to decide how we’re going to play the game.

“Absolutely there has to be patience. It’s been the funniest year for everybody. We’re still in a pandemic and we still don’t have a crowd. Everyone expects professional rugby players to feel exactly the same motivation in front of nobody as they do in front of a full crowd.

“Unfortunately, it doesn’t always work like that. The three million people in Wales are our 16th man and we’ve never underestimated that. We miss that and hopefully come the Six Nations the vaccine will be here so we can get back to normal.”

Pivac suffered his seventh defeat from 10 games in charge when England emerged victorious on Saturday and Wales’ struggles this autumn have been caused by their inability to get physical dominance at the gainline and a poor set-piece.

It has stopped Pivac’s desire to play a wider game dead in its tracks.

Quinnell added: “It’s been a tough time since Wayne has taken over. The team will be disappointed. They’re trying to change a few things, but they’ll know themselves that if your scrum, line-out and gainline is struggling, then it’s going to be a tough day at the office.

“If you don’t get over the gainline from first phase in international rugby then it’s very difficult to create quick ball and get runners off second phase.

“Wales have had Jamie Roberts or Hadleigh Parkes in the past to get them over the gainline. Until Wales sort the gainline issue out I don’t think they’ll get anywhere. When you get go forward, you can start playing.

“Josh Navidi and Ross Moriarty have been massive losses in that area. They give the team steeliness, go forward, and an ability at the breakdown. Ross hits people hard.”

The Autumn Nations Cup is available on Amazon Prime.