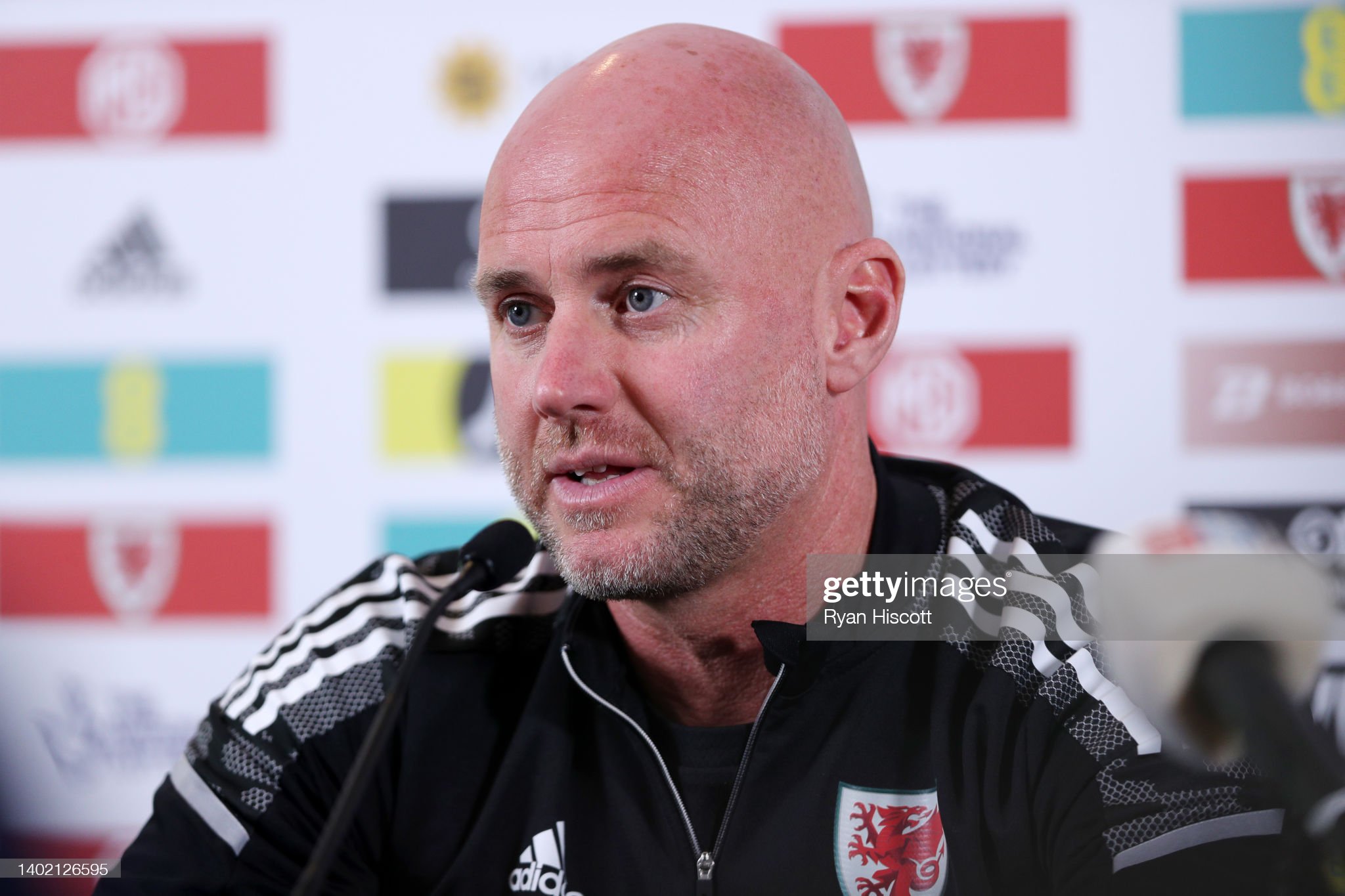 He and his players head to Qatar in November – when average temperatures are 29C – after qualifying for a first World Cup since 1958.

Squads for last year’s European Championship, which Wales played in, were capped at 26.

That allowed three additional squad places, and Page would like a repeat.

While there has been no official approach from the Football Association of Wales to FIFA, Page said: “Of course I am [pushing for it].

“With demands on the players, I would like a 26-man squad, absolutely. I am just voicing my opinion at the moment.

“I think we will speak with administrators now and see how we can approach that.

“I supported it last year, I thought it was absolutely the right thing to do to go to 26, and I would like it again.

“Ultimately, the demands in those conditions with the group that we’ve got, we just need those extra bodies around us, so for me I would like 26.”

Page, whose team face a Nations League clash against the Netherlands in Rotterdam on Tuesday, plans a trip to Qatar in the next couple of weeks to assess facilities.

In the meantime, Wales head to Rotterdam for what will be their fifth game in 13 days – four Nations League fixtures and a World Cup play-off final victory over Ukraine.

“It’s bonkers. We’ve got four tough games anyway, but [then] throw a final in the mix off the back of a long season,” Page said.

“A lot of our players are from the Championship as well, which is a demanding division to play in. It has caught up with us, so there are no surprises we have picked up a few knocks.

“Having said that, this has probably been the most positive camp that we’ve had.

“Our objective coming into camp was ‘can we qualify for the World Cup?’ and we ticked that box, then I wanted to expose some of the younger players to top opposition in European football, and we’ve done that.”

Wales produced an impressive performance against Belgium, ranked second in the world, to claim their first top-tier Nations League point on Saturday.

But injuries have hit them hard ahead of their trip to Rotterdam’s Feyenoord Stadium.

Allen is currently in contract renewal talks with Stoke, although other suitors are believed to include his former club Swansea.

“We’ve got Rhys (Norrington-Davies) suspended, Danny Ward with his knee, Joe Morrell a broken toe, Neco (Williams) is not fit, so he won’t travel, and Joe had to come off against Belgium and is having a scan today,” Page said.

“But even without seeing the outcome of that, it’s not worth risking him. Get himself sorted out from a club point of view, have a good pre-season and make sure he is ready for September.

“Joe is a massive asset for us. What he has done for Welsh football over the years is incredible.

“He is still a massive part for me moving forward, and he 100 per cent will be in my World Cup squad, there is no doubt.

“It is getting him in the place now to go out and enjoy his football, wherever that may be.”

Meanwhile, Gareth Bale has boosted Cardiff City’s hopes of signing him by suggesting the standard of football he plays before the World Cup does not make “too much of a difference”.

Bale is a free agent following the end of his nine-year stay at Real Madrid, and has said that he will resolve his future following his summer break.

Wales’ Next Generation Look To Reach New Heights . . . As Neco Williams Gives Thanks To Manager Robert Page For His Support

The 32-year-old has been linked with Premier League side Newcastle and MLS teams in the United States ahead of Wales playing at the World Cup in Qatar this November.

But Cardiff has also emerged as a potential destination, despite the Bluebirds playing in the Championship.

Bale’s agent Jonathan Barnett revealed in a recent interview that “what Gareth does next is not about money”, while Wales manager Robert Page said the idea of his captain joining Cardiff “ticks all the boxes” and “makes a lot of sense”.

“It’s something I guess I need to sit down and go through,” Bale said on his future ahead of Wales’ Nations League tie in Holland on Tuesday.

“Not just with my family, but with the manager here [Page], with the physios here that we use, to see what would give me the best chance of being fit come November and December.

“I feel like I’ll never really lose my quality on the ball. I guess it’s a conversation to be had.

“I need time to think what’s the best move for me, my family, my kids, and hopefully we’ll sort that over the summer. I have options.”

Bale made just four starts for Real in his final injury-hit campaign in Madrid.

He has started two of Wales’ four games this month, the World Cup play-off victory over Ukraine and Saturday’s 1-1 Nations League draw against Belgium.

But he did not complete 90 minutes in either match, and he knows the importance of game-time and being fully fit before the World Cup.

Bale said: “Ideally I would have had more games coming in [to camp] so I would have been even fitter and not had to recover as much as I am at the moment.

“I’ve been available for quite a lot of the games in Spain, sometimes you just don’t get picked so people assume that you’re injured.

“It [next step] is going to be massively important. I need to make sure I’m playing games and I’m as fit as possible.

“Sometimes I’m able to get away with it, but ideally I want to go into a World Cup playing games and being as fit for as long as I can on the pitch.”