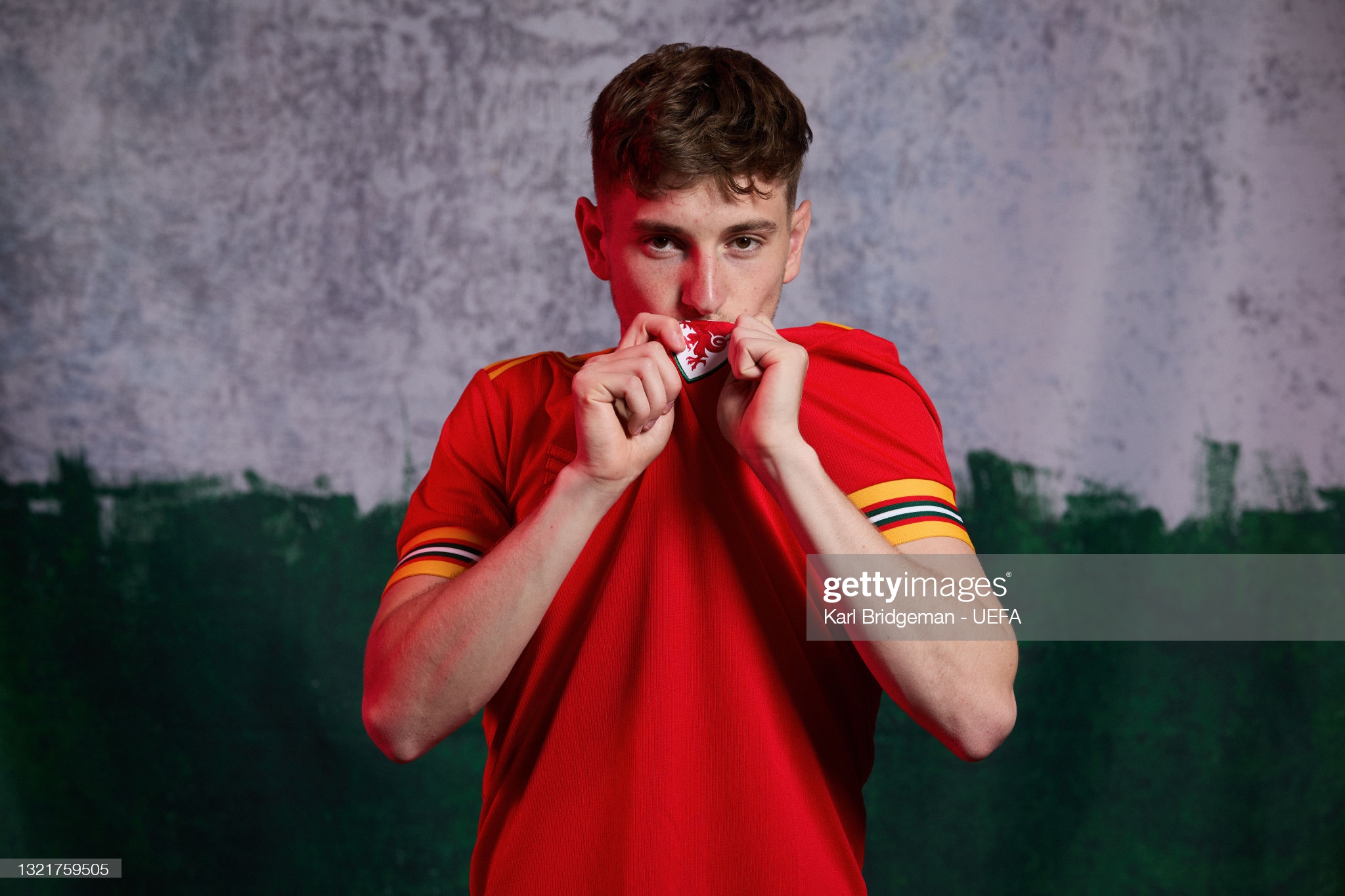 David Brooks has expressed his disappointment about how unlikely it is that many Wales fans will be present for their crucial Euro 2020 fixture against Denmark on Saturday.

The Bournemouth ace said the ‘Red Wall’ created history at Euro 2016 in France and they will give everything to make them proud again.

Wales supporters are banned from entering Holland due to Covid-19 regulations as the United Kingdom is not on the Dutch Government’s list of safe countries.

Denmark is not on the safe list either but, for European Union and Schengen area residents, an exemption to the entry rules and the need to quarantine exists.

Danish fans can avoid quarantine in Holland by spending less than 12 hours in the country.

These rules do not apply to Wales fans following the UK’s withdrawal from the EU.

Wales fans cannot travel to Amsterdam but the government is planning to allow 2500 UEFA & FIFA VIP’s in to the country & exempt them from quarantine once again we are all in this together eh ?

Brooks said: “Seeing the Denmark fans being able to travel and the Wales ones aren’t is obviously not nice for us.

“Some of the ‘Red Wall’ made the seven-hour journey to Baku and we’d like them there.

“But we want to make them proud back home and write our own history.

“Obviously the lads that were there last time (when Wales were semi-finalists at Euro 2016) have cemented their place in history by doing what they did.

“I don’t think we’re any different. There are a few lads who were there at Euro 2016 and now, but for the new lads we want to re-enact or re-create something like that and go in the history books ourselves.”

Brooks has yet to start at Euro 2020 with the Bournemouth forward being limited to two cameo appearances from the bench.

The 23-year-old has had less than 20 minutes playing time, and admits it has been difficult to make an impression with Wales captain and talisman Gareth Bale filling his position.

“It’s not exactly where I want to be, sat on the bench for the first three games,” Brooks said.

“That’s no secret. It’s just unfortunate that the guy in my position is playing for Real Madrid and is one of the best players in the world.

“You just have to be ready for any opportunity that comes your way. Be ready if called upon.

“We know it will be a tough game, but we’re all looking in the right direction and hopefully we can do the business.

“If you don’t turn up on the day you’re likely to go home. All the boys know that.”

Denmark fans have been told they can travel to Amsterdam to watch Saturday’s Euro 2020 round of 16 tie which Wales supporters are banned from.

It was reported on Monday that Wales and Denmark fans would not be allowed to attend the game because the two nations are not on the Netherlands’ safe country list.

But Erik Brogger, director of Denmark’s Ministry of Foreign Affairs’ Citizen Service, told a press conference on Tuesday that Danish fans could avoid quarantine in Holland if they entered and left the country within 12 hours.

“You can get to football, but you have to plan quite carefully if you do not want to risk being quarantined in a hotel room,” Brogger was quoted as saying by Danish media outlet Politiken.

“It should be technically possible, but you have to plan it pretty carefully. For most people, it will probably be better to stay at home. We encourage you to watch the match at home.”

The Danish authorities said fans could travel if they present a negative PCR test that is a maximum of 72 hours old.

They must go into isolation for 10 days – but with the opportunity to test themselves out of it on day five – and bring a quarantine certificate that shows where you want to stay in isolation.

The news will not go down well with Wales fans, who were told on Monday that they were banned from the fixture.

Health minister @Eluned_Morgan on the next stage of Euro 2020: “We have had some guidance from the police in Amsterdam who have told us that they will not be letting Welsh fans into the country” https://t.co/BuVfuZH7E0 pic.twitter.com/2KVdQo6gBQ

Wales’ health minister Eluned Morgan said police in Amsterdam would not be “letting Welsh fans into the country.”

“We have had some guidance from the police in Amsterdam who have told us that they will not be letting Welsh fans into the country,” Baroness Morgan told a press briefing.

“And so that means that we would encourage you of course to stay here and watch the matches carefully.

“If local authorities come forward and ask us for the setting up of fan zones, then of course we will as a government consider that and publish guidelines for how that could be done in a safe way.”

“It’s very, very disappointing that we weren’t made aware of this at the start of the competition,” Alm said.

“I think Uefa should have looked at these venues and made sure there was a level playing field.”

A few hundred Wales fans did travel to Baku and Rome to see Wales finish second in Group A and qualify for the last 16.

Denmark booked their place in the knockout stage by beating Russia 4-1 on Monday.